When Will Nailed It Spain Season 2 Premiere on Netflix? 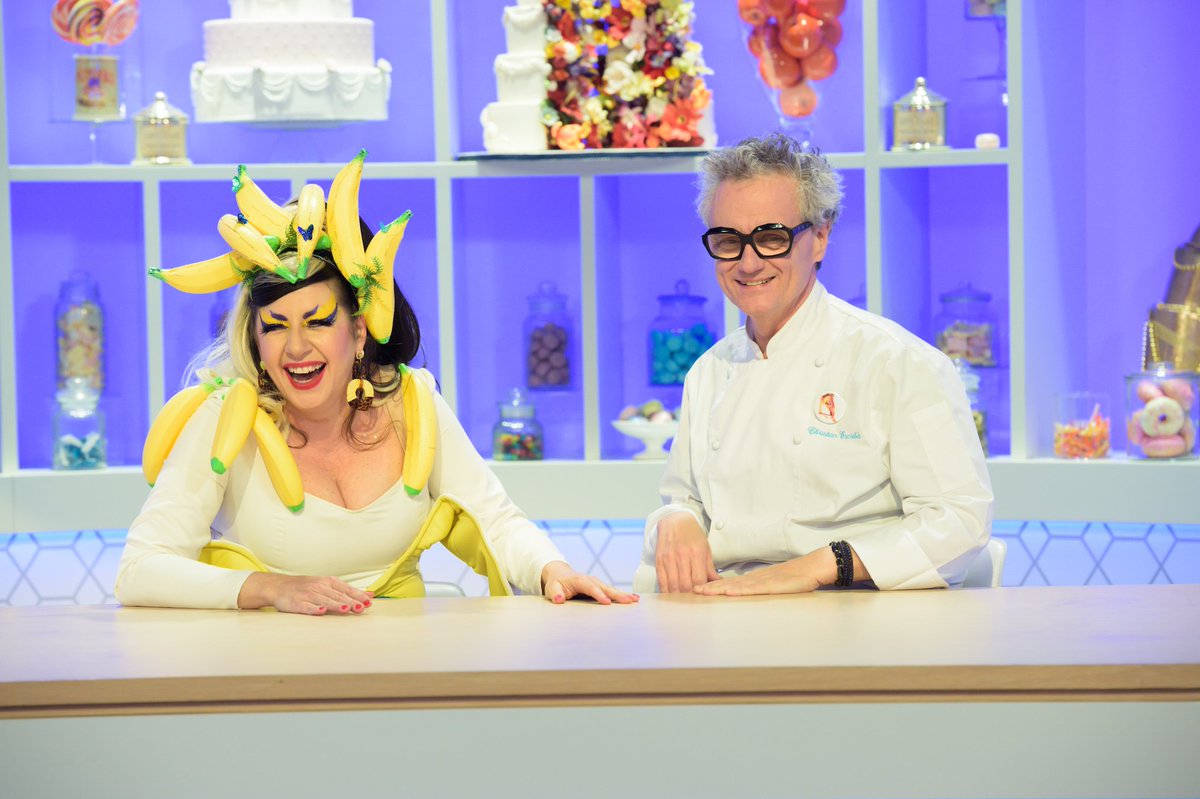 ‘Nailed It! Spain’ is the Spanish remake of the popular American culinary show, ‘Nailed It!’. It is an addition to Netflix’s repertoire of unscripted programming and is a result of the extreme popularity achieved by the Mexican version of the parent series. The local adaptation follows a similar concept like its original source material and features amateur baking talents attempting to make elaborate desserts and win a trophy as well as a grand cash prize.

The first season of the show was well-received. Now, the question arises: will there be a Nailed It! Spain Season 2? We will delve into that question, but first let’s quickly look into the details of the series.

Who are the Hosts of Nailed It! Spain?

‘Nailed It! Spain’ is hosted by La Terremoto de Alcorcón and Christian Escriba. Alcorcón is a Spanish singer and a Madrid-native, born with the real name, Pepa Charro. A member of Diabéticas Aceleradas, she is best known for her parodies of Madonna‘s numbers such as Hung Up and Kylie Minogue’s songs like Can’t Get You Out of My Head and 2 Hearts.

Meanwhile, Escriba is a talented pastry chef who runs his family-owned, 1906-established pastry boutique, Pasteleria Escriba in Barcelona. A culinary genius and a master chocolatier, he possesses the same artistic talents as those of his ancestors.

Both the hosts are expected to be back for season 2, if and when it happens.

What is Nailed It! Spain About?

‘Nailed It!’ is a baking competition that first premiered in the US in 2018. Since then, it has been renewed for additional seasons, including a holiday special. Soon, it launched a Mexican spinoff, which was then followed by remakes in Spain, Germany, and France.

In this fail-oriented baking show, home bakers with the most horrible track records try their luck in replicating edible masterpieces for a cash prize. In the Spanish counterpart, participants compete against each other for the coveted trophy and a grand sum of 5000 euros. It is based on a premise where bakers dream of creating elaborate pastries while taking inspiration from videos on the Internet, but often end up failing miserably. If cakes had dreams, this would be their worst nightmare, ever!

Each episode of the competition, ‘Nailed It! Spain’, kicks off by introducing three bakers with poor baking skills, holding a history of mishaps when it comes to creating cakes. They are then asked to choose any sweet treat that they would like to replicate. And mind it, the samples are intricate, complex, and extremely challenging to carve. As the minutes tick by, our bakers need to complete their task — starting from picking ingredients, mixing them in the right proportions, and baking them for the required time.

The results are hilarious. While some panic and leave a gooey mess, others overbake their treats into blackened, overcooked lumps, and blame the oven. And well, there’s also the design aspect. Most of the time, it turns out to be an ultimate mess of patterns, colors, and composition. Finally, the one, with the least-worst skills is declared as the winner for this particular round.

Next, the bakers are asked to curate a whole, elaborate cake from scratch. The judges reveal this sample, which is extremely difficult to replicate, even for the most practiced chefs. For instance, one of the designs features a comprehensive display of sea creatures, complete with tropical elements. The bakers get started where they first need to pick ingredients, colors, and attempt to avoid disasters. And everything takes place, yet again, in a time-bound frame. Once the challenge is complete, the contestants uncover their individual creations, revealing whether they have ‘nailed it’ or not. The judges then give their votes and declare the winner, based on taste and how close the finished piece is to the original sample. The winner receives a trophy and takes home an amount of 5000 euros.

Nailed It! Spain Season 2 Release Date: When will it premiere?

‘Nailed It! Spain’ is an attempt of the streaming giant to bulk up its slate of global non-scripted programming. We already know of the platform’s efforts when it picked up the British entertainment format ‘The Circle’ that originally debuted in the UK on Channel 4 and is produced by Studio Lambert and Motion Content Group. The title was then commissioned to be remade into local adaptations in the US, France, and Brazil. Given this fact, it is all but guaranteed that ‘Nailed It! Spain’ will be renewed.

Now, we know that the original Nailed It series takes just 4-6 months to come up with a new season. So, it is quite possible that ‘Nailed It! Spain’ season 2 will release sometime in March, 2020.

You can watch the official trailer and all the episodes of ‘Nailed It! Spain’ Season 1 on Netflix.