When Will Naked And Afraid Season 11 Premiere on Discovery? 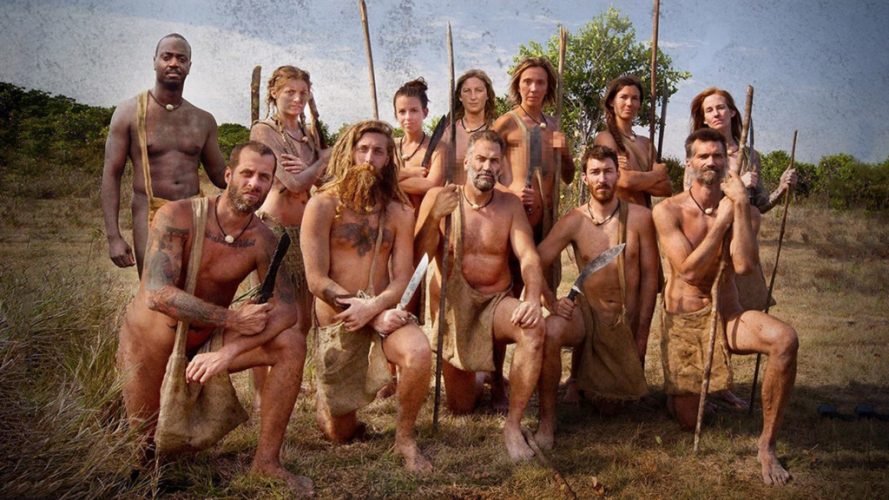 The most pronounced manifestation of reality TV, we tend to think, is through ‘Keeping Up With The Kardashians‘ on the one hand and ‘American Idol‘ on the other. They all represent the quintessential values of late capitalism in a metropolitan first world country.

But another strain of reality TV that has become famous since the last decade proves otherwise, as it places itself on the polar opposite. These are survivalist shows, ensuring the success of Bear Grylls and his ‘Man vs Wild’ since 2006. They were a breath of fresh air into the genre of reality TV then, and they have managed to stay relevant and entertaining even today, with a plethora of shows in every major network about lifestyle approaching this subgenre in one form or the other.

This is where ‘Naked and Afraid’ comes in, where a man and a woman meet for the first time and they have to survive the wilderness while they are naked. The survivalists have to put their heads together as they forage for food, water, clothing, and shelter in an unforgiving environment. Naturally, the series has garnered a wide fan base and won critical acclaim for its attempt to take itself seriously and portray two people trying to survive, which is juxtaposed against the rapport that forms between a man and a woman, and how they react to adversarial situations.

We do know that Reality TV Shows are not really known for their ensemble cast, even though some contestants become legendary due to some personal hijinks, and some contestants become poster boys through their masterful performances if it is a competitive game show. As for ‘Naked and Afraid’, the show does not really frame the tiered competitive leagues’ system with a ‘grand finale’, and therefore no winner outshines the other. The grand prize is simply surviving through the 21 days, and proving one’s mettle.

However, season 11 does come with a twist. This time, the survivalist cast members will be familiar faces, as we have already seen them in earlier seasons or certain spin-off versions. Among the participants, we will meet top survivalists such as Luke McLauglin (North Carolina), Gary Golding (California), Lacey Jones (Illinois), and Max Djenohan (Washington), among others. Additionally, they will be alone, i.e they won’t be given any partners. They have to spend 21 days in the wild while putting their past, battle-tested experiences to test.

Naked And Afraid Season 11 Release Date: When will it premiere?

The show was immediately followed by its renewal, with Discovery also having announced a release date. ‘Naked and Afraid’ season 11, titled ‘Naked and Afraid: Alone’, will premiere on January 5, 2020, at 10 PM ET.

What’s Naked And Afraid about?

The plot of ‘Naked and Afraid’ takes the ‘Man vs Wild’ survivalist tropes and mashes it with the ‘Big Brother’ formula. In it, the contestants are couples (one man and one woman) who were strangers before the show. The task of the partners is to then survive in the wilderness for 21 days. The couple can choose to ‘tap out’ any time they wish. In this duration of 21 days, they have to fend for basics like water, shelter, food, and clothing by themselves and improvise the tools for it by themselves as well.

Over the episodes, the contestants are sent to perilous places all over the earth, be it the scorching regions of Africa, or the dangerous places in Peru. As they attempt to survive, nature often gets the best of them, and we see a lot of vomiting, passing out, and barely holding on for life, during the show. Moreover, there is always the constant danger of the wild, and the reactions of the participants to distant noises are proof of that.

What stands out in the show is how realistically they go about the adversities, and the kind of message they put across to the audience, that surviving in the wild is no joke, and would probably kill most of us. As we become more reliant within a cushy society that tries its best to automate most functions and prevent us from exerting our consciousness at all, a show like ‘Naked and Afraid’ is just what we need to hold the mirror up and portray our survivalist instincts. It is designed to trigger the reptilian part of our brains, and it brings out the worst in people. We are also made acutely aware of a world out there where we might have to go to any lengths to survive, and it really increases the appreciation for city life and the luxuries that we often take for granted.

Season 11 sets the stakes higher as this time, our select band of veteran survivors has to perform solo. They may be dropped off anywhere — the Amazon jungles, the Balkan Mountains, or the African savannah. According to Discovery, “the best of the best” are transported “to the most isolated areas around the globe, leaving them there with nothing on their backs and no one by their side.”

Each episode is accompanied by flashbacks of the participants’ performances on previous challenges from the Naked and Afraid franchise. Then we see their current interviews as they proceed to tackle the ordeals for the night. Each contestant returns for a different reason — to better past performance, to honor loved ones, to surpass the fear of failure, or to prove that they are best alone.

Since there is no partner to lean on, the participants become depressed, irritable, and the struggle to stay sane becomes harder. “From befriending wildlife to developing and creating scenes with loved ones back home, each one has their own strategy… but will their mental toughness carry them to the finish or will their psyches crack and send them over the edge?”

You can check out a sneak peek for season 11 right here.