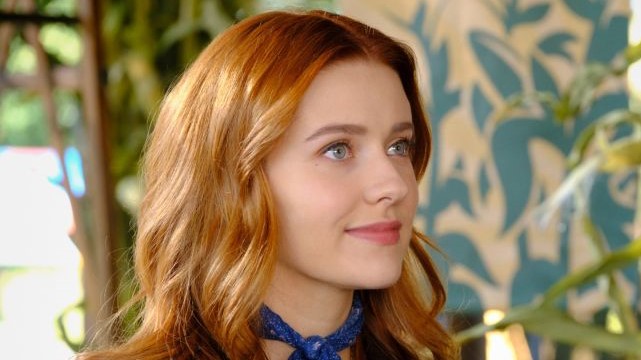 As the Drew Crew is called back into action, Nancy realizes how high the stakes are in the third season premiere of The CW mystery drama ‘Nancy Drew.’ They have to find the person responsible for a series of gory homicides in Horseshoe Bay, and their first suspect is Temperance. Nancy gets appointed as the official police liaison for Horseshoe Bay’s town council. If you want to know more about the Drew Crew and their latest endeavors, check out the recap. The second episode is almost here, so we’ve laid out all the details you should know about it here!

‘Nancy Drew’ season 3 episode 2 is set to release on October 15, 2021, at 9/8c on The CW. New episodes with runtimes ranging between 40 and 44 minutes are released every Friday.

You can watch ‘Nancy Drew’ season 3 episode 2 on The CW at the date and time mentioned above. The show will also be available for streaming on CWTV. You can also catch the new season on the niche streaming platform, HBO Max. Moreover, the episode will be available on-demand on Amazon Prime Video, iTunes, Vudu, Microsoft Store, and Google Play. If you are keen on using live TV options to catch the screener, you may choose between Fubo TV, YouTube TV, Xfinity Stream, and DirecTV.

The third season has taken off on a very ominous and alarming note, evident from the distress the crew is already in. In episode 2, titled ‘The Journey of the Dangerous Mind,’ they have to be ready for the worst to come and fight past it. However, during the investigation of the Frozen Heart murders, Nancy will become attracted to her counterpart in law enforcement on her first day itself.

So we can expect sparks to fly between the newly appointed community liaison and the man she is working alongside. Furthermore, Temperance will have news to share at the police station, and Nancy’s father might have an argument regarding different views on parenting. Nick and George’s relationship will surprisingly face a test, while Bess will throw herself into solving Ace’s suspicious string of bad luck. Here is a promo that might familiarize you with what to expect!

The third season premiere titled ‘The Warning of the Frozen Heart’ is a gruesome tale revolving around a mysterious person in Horseshoe Bay who attacks people and pulls their hearts out of their bodies. Nancy becomes particularly invested because the first victim had been keeping tabs on all the Hudson family members. She instinctively doubts Temperance, who, instead of taking accountability for the possible crimes she has committed, releases her anger on the Drew Crew.

Temperance prophesizes that the gang is bound to live a life of doom except for one person in the crew who will compromise the safety of the remaining members. Nancy does not get into Columbia, which makes her realize that her life is rooted in the place where she was born. She has also taken over the post of the official police liaison for Horseshoe Bay’s town council, which would demand long hours of work.

Meanwhile, George had proposed to Nick in the second season finale, which continues into a heartwarming moment in this week’s edition as the latter wholeheartedly accepts. At the same time, Bess fails to get a grip on her emotional life as her heart couldn’t attach meaning to all the flings she had over the course of the last few weeks. Lastly, Ace finally declares that his involvement with Amanda’s father might be unhealthy and obsessive.