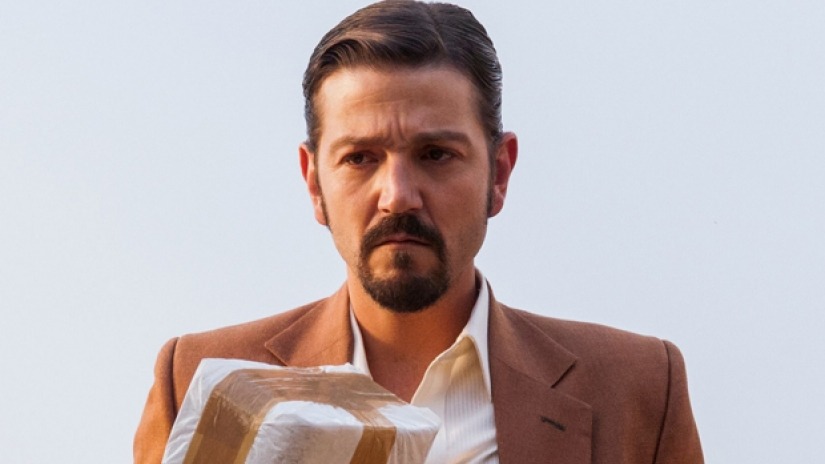 ‘Narcos: Mexico’ is an American crime drama series that airs on Netflix. The series first premiered on November 16, 2018. It was originally intended to serve as the fourth season of ‘Narcos’, but was finally conceptualized as a companion series. While ‘Narcos’ took us to the heart of the cocaine production trade in Colombia and showed us the fearsome Medellin cartel led by Pablo Escobar, and the cold but ruthless Cali cartel, ‘Narcos: Mexico’ showed us the distribution side of the cocaine, by taking us into the badlands of Mexico and what eventually became the feared Guadalajara cartel.

The series is somewhat biographical like the original and includes real-life news clippings which supplement the plot, making it seem all the more authentic, although there is some creative freedom taken to make it entertaining for the viewers.  The show has been created by Chris Brancato, Carlo Bernard, and Doug Miro. It is needless to say that the series has an immense fan base, especially after Wagner Moura blew us all away with his tragic but ruthless characterization of Pablo Escobar.

Although ‘Narcos’ has not quite topped the brilliance of its initial season, fans have stuck to the show because it has remained excellent in its own way. Critics have been quick to praise the most recent season of ‘Narcos: Mexico’ as well, saying it is “Dangerous, thrilling, and highly addictive… expertly expands the franchise by exploring new territory in the drug war’s grim history and showcasing electric performances from Diego Luna and Michael Peña.”

Narcos: Mexico Cast: Who is in it?

‘Narcos: Mexico’ is set in a shared universe with the mainline show, and thus its cast features a recurrence of characters from the original ‘Narcos‘ as well. Thus, we have the pleasure of witnessing cameos and brief appearances from its beloved characters, including Wagner Moura himself as a younger Pablo Escobar, who appears in ‘The Columbian Connection’. The show, however, does not focus on Escobar, its focus elsewhere in another set of historical events that led to the brutal Mexican drug war of the 1980s.

The show stars veteran actor and part-time musician Michael Pena, with films such as ‘American Hustle’ and ‘Ant-Man’ to his name. He plays the role of Kiki Camarena, an undercover DEA agent within the Mexican cartel. The Latino director, actor, and producer Diego Luna appears as Miguel Angel Felix Gallardo, the founder of the modern Mexican drug trade, and the feared leader of the Guadalajara cartel. Other main characters include Tenoch Huerta as Rafael Caro Quintero, Miguel’s partner, who is a loose cannon.

Alyssa Diaz plays the role of Mika Camarena, and although she has had a subdued role so far, in reality, she campaigned vehemently for her husband’s justice and we are likely to see her in a much more major capacity in the upcoming season. Matt Letscher appears as Jaime Kuykendall, who is Camarena’s friend. Viewers might be interested to know that the real-life Kuykendall is the one who officially consulted with the show makers, giving them the inside details that help make ‘Narcos: Mexico’ so authentic.

Alejandro Edda appears as Joaquín “El Chapo” Guzmán, and though we see him in a minor role, those interested must know that Guzman is one of Mexico’s most feared ganglords, and recently underwent trial in the USA. During his reign, he was the head of the Sinaloan cartel, and that is something the show might choose to explore in the future. Viewers might be interested to know that Netflix has a show on him titled ‘El Chapo‘ but it is not part of the ‘Narcos’ universe.

Apart from all these characters, there are several others who make up the instrumental bits of the cartel, the corrupt law enforcement, the actually good law enforcement, and the corrupt administrators, to portray exactly how the drug trade managed to flourish in Mexico. Those who have seen ‘Narcos’ will see Blackie, Pacho, and the heads of the Cali cartel as well in the initial season.

In the upcoming season, Kiki’s character will not return, having been killed in the initial season. However, he might appear in flashbacks. Luna will reprise his role as Gallardo, but this time he will be on the defensive, trying to evade the long arm of American law that has taken none too kindly to one of their own agents being killed. Scoot McNairy of ‘True Detective’ fame, who was the faceless narrator in the initial season, before revealing himself at the end, will step into the spotlight and probably lead the elite team that is tasked with flushing out the Mexican kingpin. Things seem to be heating up all the more for the upcoming season.

Narcos: Mexico Plot: What is it about?

The plot of ‘Narcos: Mexico’ is set against the historical representation of the 80’s Mexican drug wars before the events of the first three seasons of ‘Narcos’ occurred. The DEA agents we see in the seasons of ‘Narcos’ have a lot more authority and backing from the US government to be operating in dangerous areas on foreign soil. This all became possible due to Kiki’s tragic end at the hands of Gallardo.

The plot follows a righteous agent Kiki, who is transferred to Mexico, and at the same time, we see Gallardo beginning to build up his Guadalajara cartel, and acting as the distributor to both the Medellin and Cali cartel, having shifted from the weed business to the cocaine business. Eventually, he draws Kiki and the DEA’s eye, and Camarena goes underground to try and take down Miguel. However, Miguel is well insulated with law enforcement and some top-ranking officials in the Mexican government. Kiki’s frustration also becomes his undoing, as his cover is somewhat blown, and he gets kidnapped and brutally tortured during interrogation, before being killed.

Unbeknownst to the cartel, this becomes their biggest mistake, as Jaime and Mika both move heaven and earth to get justice for Kiki, and an elite squad is sent in whose job is to shoot first and ask questions later. The upcoming season will see Gallardo’s attempts to escape and eventual capture in the hands of the authority, and will also see the start of a war between the cartel members and the law enforcement, a battle whose effects can still be felt in present-day Mexico.

Narcos: Mexico Season 2 Release Date: When will it premiere?

‘Narcos: Mexico’ Season 1 premiered on November 16, 2018. Netflix renewed the show for another season on December 5, 2018. Since the season was renewed pretty quickly, meaning that the shooting is underway, we would expect ‘Narcos: Mexico’ Season 2 to air sometime around November 2019. We let update this section as soon as we have an official update on the release date.

While we wait for an update on ‘Narcos: Mexico’ season 2, check out the season 1 trailer to refresh your memories. If you haven’t seen the show yet head over to Netflix to catch all the episodes of the previous season.