Narcos Mexico Season 3: Everything We Know 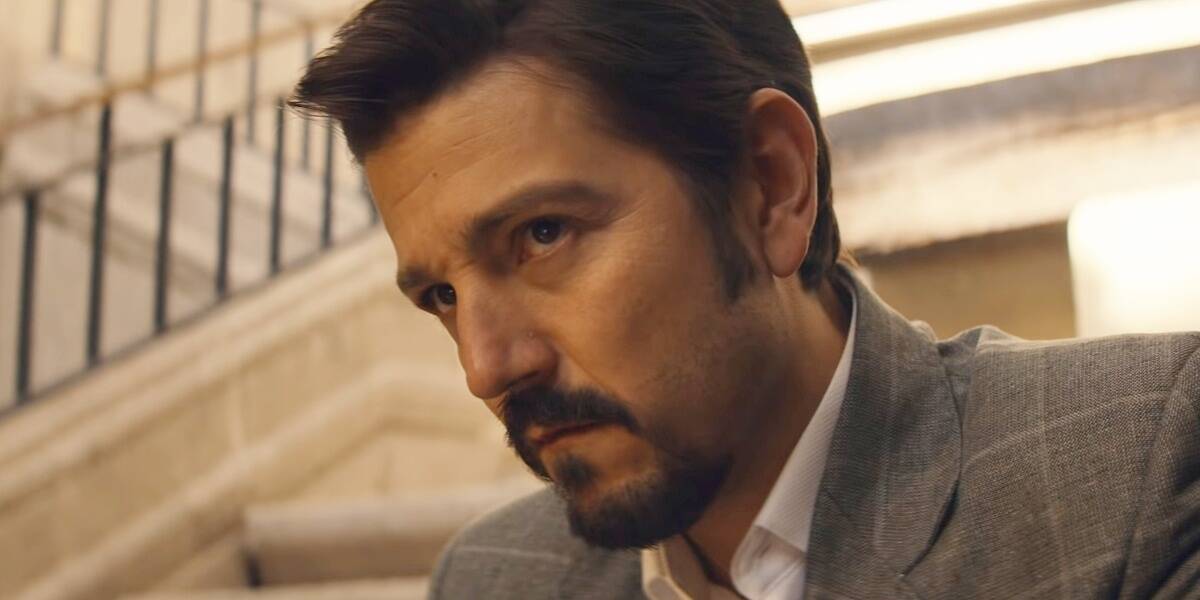 Created and co-produced by Chris Brancato, Carlo Bernard, and Doug Miro, Netflix’s ‘Narcos: Mexico’ chronicles a pivotal point in the history of the war on drugs. Originally conceived to be the fourth season of its parent series ‘Narcos,’ the creators finally decided to make it a spin-off series while sticking to the same theme of the illegal drug trade. Changing the backdrop from Colombia to Mexico, the latter-day crime drama gives us a detailed tour of the country’s sprawling drug empire. Set in the 1980s, the story of the series focuses on the formation and ascension of the infamous Guadalajara Cartel under the leadership of mafioso Miguel Ángel Félix Gallardo.

Since its inception in November 2018, the show has spawned two seasons, garnering overwhelming fan praise and critical acclaim. Critics especially commented on the show’s overall dedication to realism while praising the performances of Diego Luna (‘Y Tu Mama Tambien’) and Michael Peña (‘Ant‑Man’) in the lead roles. However, after the shocking finale of the second season, you must be eager to see the next chapter of the story. In that case, let us keep you informed!

‘Narcos: Mexico’ season 2 premiered in its entirety on February 13, 2020, on Netflix. The season comprises ten episodes with episodic runtimes ranging between 45 and 69 minutes. Let us now probe into the development details regarding the third season of this true-crime drama.

Netflix took its time to renew the show for a third installment. After more than eight months following the premiere of season 2, the long-awaited announcement came on October 28, 2020. In another major change, Eric Newman stepped out from the role of the showrunner, handing over the duty to the show’s veteran co-creator Carlo Bernard.

Development was already underway by the time of the announcement, and the process spilled well into 2021. Sharing an on-set picture along with the caption, “After 14 months, we finally finished. Thanks to all [the] crew and cast. A dream journey,” series co-actor Luis Gerardo Méndez broke the news to fans that filming concluded on March 21, 2021, before modifying the statement to “Change of Mask.” Therefore, if the creators follow the show’s regular release pattern, we can expect ‘Narcos: Mexico’ season 3 to premiere sometime in early to mid-2022.

Narcos Mexico Season 3 Cast: Who is in it?

There will be some major changes in the cast ensemble in the coming season. Coming to the bad news first, lead actor Diego Luna will not be reprising his role of Felix Gallardo. Scoot McNairy has confirmed to be returning as DEA agent Walt Breslin, with Alejandro Edda donning the role of “El Chapo” Guzman. Among the Arellano Felix Brothers, Alfonso Dosal will play the role of Benjamin, alongside Mayra Hermosillo (Enedina) and Manuel Masalva (Ramon). Moreover, we shall see José María Yázpik (Amado Carillo Fuentes), and Gorka Lasaosa (Héctor Palma) taking up prominent roles in season 3.

Narcos Mexico Season 3 Plot: What is it About?

We see Felix’s empire slowly veering off a cliff throughout the second season as his ambitions and lavish expenditures skyrocket. After a series of questionable decisions, the death of Héctor Palma’s wife finally sparks off a debate on whether Felix is fit to run the organization. Here, the creators are fast and lose to the conclusion, but we know that reality is far more brutal than fiction. Felix wants to conquer Colombia and create a secure economic corridor between Mexico and the US, and the latter happens, but not the way Felix expects it to be.

Maria throws Felix out of his house. In the end, only the inevitable happens – Felix takes a backseat, and the plaza bosses divide into fractions forming the Tijuana Cartel, Juárez Cartel, and Sinaloa Cartel. However, that is not the end of it because Felix is arrested shortly after. The situation worsens, but we see a silver lining with Walt Breslin getting reassigned and confronting Felix in prison.

The future direction of the story seems bleak, as there will surely be more gang violence and deaths. But from the pages of news, we already know that Felix continues to operate from within the prison bars for quite a while before being transferred to another maximum-security prison with a heavy sentence. The rampant corruption within the police will ultimately lead to a major political scandal. Hopefully, there will be some vanity and dark humor in the initial episodes like in the original ‘Narcos.’

Subsequently, season 3 shall probe further into the history of what is to become one of the world’s largest drug empires under the leadership of El Chapo. Meanwhile, Isabella Bautista is taken captive by the police under orders from the Arellano Felix brothers. Therefore, it is highly likely that she may take up a pivotal role in the upcoming season. There will be a few more bullet rounds as the desire for money among the Plaza bosses comes to the fore. In the third season, the world will be up in flames before one knows it.

Read More: How Much of Narcos Mexico is Real?