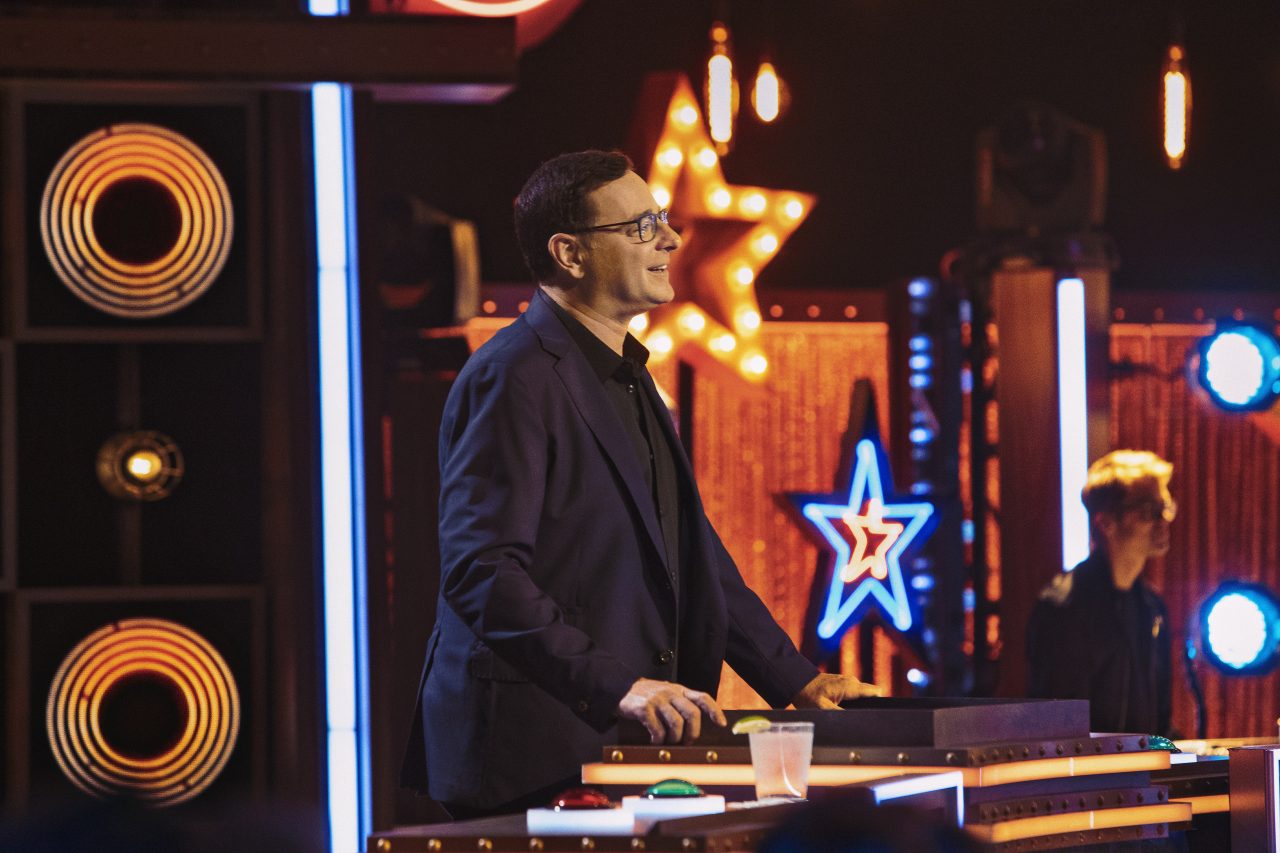 ‘Nashville Squares’ is a reboot of the classic television game show ‘Hollywood Squares’. However, here, the focus is on the Music City. It features multiple actors, musicians and other celebrities as they appear both as contestants and square-fillers. The show airs on CMT, the leading cable channel that airs programming related to country music and lifestyle,

Who’s the Host of Nashville Squares?

‘Nashville Squares’ is hosted by none other than the fan-favorite comedian Bob Saget. The hilarious presenter is best known for his appearances in ‘Fuller House‘ and ‘America’s Funniest Home Videos‘. Accompanying him are a bevy of celebrities as square-fillers and contestants. The stars are from the world of country music, sports, comedy, as well as other fields.

‘Hollywood Squares’, which aired on NBC from 1965 to 2004, is a game show where two participants are pitted against one another in a game of tic-tac-toe, to win cash and prizes. It showcases a huge board that has a vertical stack of open-faced cubes, with each cube housing a celebrity. The host then shoots questions at these stars and the latter needs to gauge the correct answers to the questions in order to figure out the right pattern and be declared as the winner.

The format followed in ‘Hollywood Squares’ is pretty simple. Two participants, one depicted as X and the other as O, start playing the game. At times, to remove the monotony, variations are introduced by pitting one female contestant (usually playing as O and called Ms. Circle) against a male candidate (usually playing as X and referred to as Mr. X). On a few occasions, we also see returning champions participating in the competition.

After this, each candidate needs to pick a square. He/she is given a question, and if he/she gets the correct answer, he or she proceeds to the next step. Featured guest stars need to give a response. The contestant can either agree to that answer or choose to disagree. If they disagree, they do not face any penalty, and the celeb is posed with another question. The final goal is to either complete a straight line across, vertically, or diagonally or to score as many squares as possible. The one who successfully makes it to the finish line first wins. Again, if a contestant wins five squares, he or she is declared as the winner.

The show is extremely entertaining because usually, the celebs give joke answers, called zingers, before giving the actual answer and contestants need to figure out if the response is a bluff or it is real. Now, in this rebooted version, ‘Nashville Squares’, we see the game following the same format, almost. There is a nine-square, life-size board, with all the squares being filled with celebrities. As the host poses questions, they need to “X or O on their way to winning the game.” However, there is a twist, introduced in the form of centering the show around country music. As per CMT, the competition showcases “exciting musical moments, fun and unpredictable competition, dance choreography from the ‘Dallas Cowboys Cheerleaders: All Stars’ and much more.”

Nashville Squares Season 1 Release Date: When will it premiere?

‘Nashville Squares’ season 1 premieres on CMT on November 1, 2019, at 8 PM ET. It entire run for the first season consists of 10 episodes. It is part of the channel’s efforts to increase its slate of programming focused toward exploring the music scene in Tennessee. As per sources, the Viacom-owned cable network is bending more towards music and hence, fans shall hear upcoming announcements on other related titles, which also include a tentpole series, among others.

You can check out the official trailer for ‘Nashville Squares’ season 1 below. You can also head to CMT to be regularly updated with all the recent clips from the series.