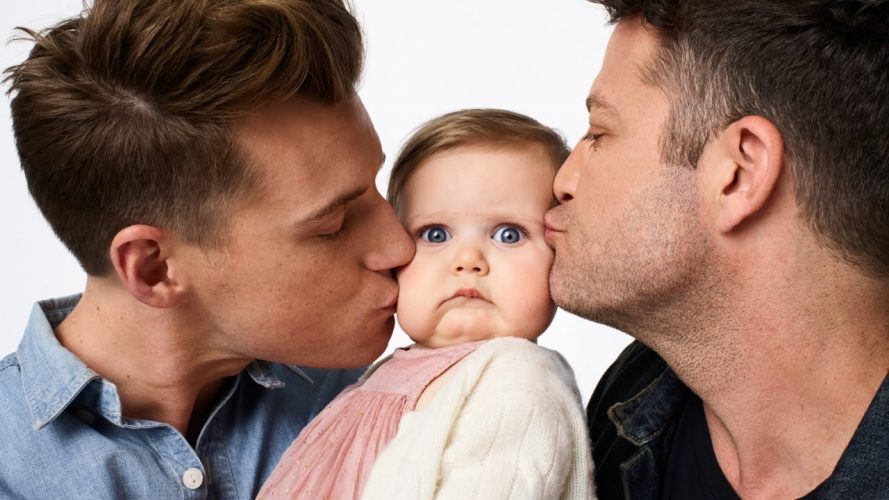 ‘Nate & Jeremiah by Design’ is a reality television series that airs on TLC. It first premiered on April 8, 2017 and follows Nate Berkus and Jeremiah Brent, as we see them helping homeowners fix disastrous renovations while balancing their marriage and raising kids.

There are plenty of reality television shows that are centered around renovations, which have two people working on the project. Not only does this give the viewers the added dynamic of watching two people work with each other and balance their opinions, but also the shows can explore the relationship between the partners which adds additional fodder. HGTV has a host of these shows including ‘Flip or Flop‘, ‘Property Brothers‘, ‘Fixer Upper’, and ‘Home Town‘. All of these shows have two things in common – they deal with renovations to some degree and they explore the dynamics of relationships between the partners who work together. However, there is another factor that ties all these shows together — that is, they are all extremely popular. Considering the popularity of this genre, it is unsurprising that TLC would want to have some skin in the game, and ‘Nate & Jeremiah by Design’ is their answer. The show is well loved due to the couple in the center and the know-how they bring to the job.

Nate & Jeremiah by Design Cast: Who is in it?

Nate Berkus and Jeremiah Brent are the two hosts, presenters, and anchors of this show. Nate brings his good looks, charm and professional know how to the show as he pairs up with his husband Jeremiah, who is also an interior designer. Together, they make renovations that are stylish but also practical. As of the last season, the couple also has two kids. Poppy is their daughter, who is four years old now. They also have a 1-year-old boy named Oskar now. In the upcoming season, we will definitely see the couple return and could also see their kids grow up as Nate and Jeremiah open the doors to their personal lives for the show.

Nate & Jeremiah by Design Plot: What is it about?

‘Nate & Jeremiah by Design’ follows a married couple who are interior designers by profession – Jeremiah Brent and Nate Berkus. The duo helps homeowners in distress and transform their nightmares into dream homes while maintaining a balance between their personal lives and professional lives. Nate and Jeremiah help the homeowners from renovation disasters while they try to maintain an equilibrium between their marriage and raising their kids. The couple helps clients whose money pit of a house has them on the edge of the financial ruin and also at each other’s throats. They turn the money pit into a prize with the help of their undeniable and incredible eyes for a house renovation, home redesign, and style.

The show gives all the viewers a chance to slip into Jeremiah and Nate’s lives in every episode as they help people navigate the designs and renovations which can go really wrong. You will see plenty of difference of opinions, tears, along with several jaw-dropping reveals that you would not want to miss. The show follows the couple inside and outside of their home. It shows the parts of their lives such as their children, while they help tensed homeowners turn a real disaster into something unbelievable.

In every episode, Nate and Jeremiah use their irresistible charm and impressive talent to transform various lives with their designs. They also rescue homeowners who go overboard with their budget and often overload themselves with various renovation projects. The problem with loads of renovation projects is that the homeowners cannot see the end of it. Nate and Jeremiah keep the budget and lifestyle of the homeowners in mind and boldly revisit the layout of the homes to build a practical yet stylish space for the owners. After this, they search high and low for unique design pieces to bring alive the character of the homes and give a personal touch to these dwellings. The proud parents bring the audience an insight into their career, their family and their passion.

What stands out about the show is the message it sends to gay dads and parents in general. No parent is perfect, but this couple shows that if people put in enough dedication and love, they can succeed in both their professional and personal lives. Although billed as a reality show, it is easy to see that this is about more than just home renovations.

The show is a celebration of love, and nobody does family shows better than TLC. One only has to look at shows like ‘Sister Wives‘ or ‘Seeking Sister Wives‘ or the acclaimed ‘I am Jazz‘ to know that the network is focused on portraying the love that holds various families together. This is evident in Nate and Jeremiah’s show as well, not only towards Poppy and Oskar but also towards their clients. It is clear that the couple has good hearts and try to help others achieve their dream homes. Hopefully, in the upcoming season, the show will continue in a similar manner, giving us more of the family love and professional expertise.

Nate & Jeremiah by Design Season 4 Release Date: When will it premiere?

‘Nate & Jeremiah by Design’ Season 3 premiered on April 13, 2019. There has been no news yet about TLC renewing the show for another season. However, considering the popularity of the show, it will in all likelihood get renewed. Our best guess is that ‘Nate & Jeremiah by Design’ Season 4 will most likely release in April 2020, if we go by the pattern of release of previous seasons. However, do stay tuned for an official update.

While we wait for ‘Nate & Jeremiah by Design’ Season 4, you can check out this clip about the previous season to refresh your memories of the show. If you have not seen the series, do give it a watch if you like reality television.