When Does Wicked Tuna S09 Premiere? 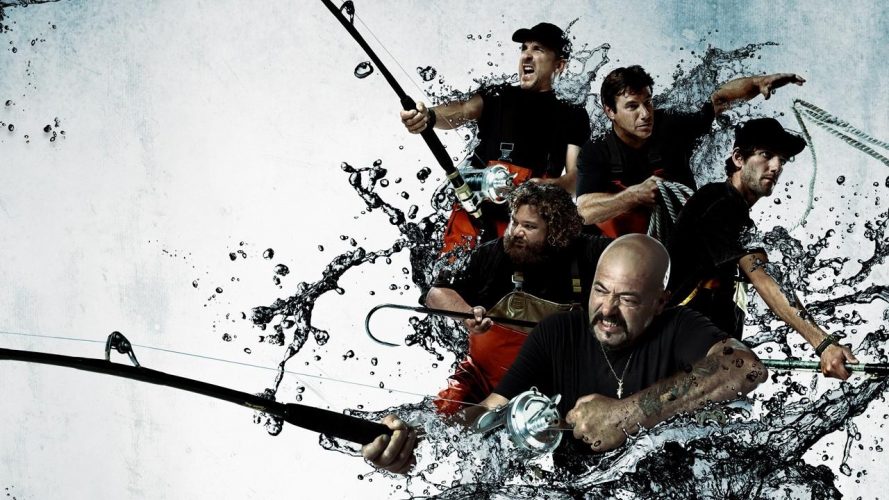 ‘Wicked Tuna’ is a reality television series that has aired on the National Geographic Channel since April 1, 2012. The show follows commercial tuna fishermen who are based out of Gloucester in Massachusetts and they fish for the Atlantic bluefin tuna, which is most lucrative, in the North Atlantic Ocean.

When we think normally about fishing, the first image called to mind is sinking the hook and sitting at the riverbank for hours on end. Granted it becomes mostly a waiting game, it would seem that fishing might prove to be a difficult topic to sustain on an unscripted reality TV structure. But the plethora of shows exclusively on bands of fishermen and their antics on networks like Animal Planet and Discover challenges that notion. This is primarily due to the fact that oceanic fishing is very different from what we tend to think when we imagine fishing.

At times, given all the factors that may lead to an unbeaten run, it is a battle fought with experience and wits – and it can be as entertaining and informative to watch as any NatGeo Wild show. ‘Wicked Tuna’ has been a primetime staple since 2012 now, and exemplifies the finest of shows on oceanic fishing. Instead of being just a faint shadow of a documentary, it instead incorporates the reality TV game show formula for a really ‘wicked’ good show about fishing.

Wicked Tuna Season 9 Release Date: When will it premiere?

Wicked Tuna Cast: Who’s in it?

Even though it is technically a reality game show, it concerns almost exclusively field work for the teams of fishermen, and the narrator’s intrusion is kept to a minimal level. Almost all the necessary explanations or commentaries are done in the form of one-on-one interviews with the squad leader, ship captain, or the fishermen themselves. The nature of the show also does not allow much space for an ensemble cast. Once in a while, gifted teams, fishermen or personnel are featured on more than one season, but it is still impossible to predict the cast.

Nonetheless, if the past seasons have been any indicators, then the channel will ensure that the captains and the crew of fishermen who come in the upcoming season will be highly competent and skilled at being the most wicked fishermen to sail the seas.

Wicked Tuna Plot: What is it about?

Wicked Tuna is a reality game show about fishing. Simply put, groups of fishermen partake in a competitive race of amassing the biggest amount of catches. What makes it special is that the ‘tuna’ here is no ordinary fish, but the Atlantic Bluefin tuna, colloquially known as the ‘giant tuna’ because these are giant fish that usually exceed 150 kg in weight apiece – so to catch it is quite tricky and needs paramount collaboration between experienced hands.

The show offers a look into one of the oldest industries in America and we see the captains of the fishing boats adhering to the US regulations in determining the size of the fish and the quotas for the season. While a lot of viewers might be of the opinion that the show only focuses on fishing as a profession, that would be a short-sighted conclusion of the true range of content offered. ‘Wicked Tuna’ is also a lesson in wildlife as it outlines the fate of the bluefin tuna. The show explains how the ecosystem is affected as development and industrialization increases in leaps and bounds and the kind of effects it has on the tuna. While the environmentalism of the show is definitely a valuable takeaway, there is a psychological aspect to it as well.

The fishermen, when they are out in their boats, are going into the sea, and while fishing might seem like a relaxing activity, to do it for a living is definitely intense. Not only do the fishermen have to go up against extreme weather conditions sometimes but also have to go up against each other. It is up to every captain to ensure that his boat and crew are safe, while also trying to outperform the other captains and bringing home the biggest catch of tuna, every time they are out at sea. This is in no way an easy task since the sea cannot be tamed and sometimes captains need to make the call of riding into the squall in the hopes of making a profit on their voyage.

However, the show also teaches camaraderie that we see among the crew members. When you are out at sea, counting on the next person, an indelible bond is developed and this can be seen in all the boats that we see on ‘Wicked Tuna’. The crew members are almost like family and while the show primarily deals with fishing, it ultimately ends up teaching viewers a lot more, about the environment, teamwork and the fabric that holds units and groups together.

In all likelihood, when the upcoming season airs, the show will continue in a similar fashion, showing how the fishermen on a boat work among themselves and against other fishermen to get the biggest tuna haul. For those unaware, ‘Wicked Tuna’ has already inspired a spin-off show titled, ‘Wicked Tuna: Outer Baks’ which already has five seasons under its belt.

While we wait for an update on season 9, check out this clip to refresh your memories. If you haven’t seen the show yet head over to National Geographic Channel to catch all the episodes of the previous seasons.