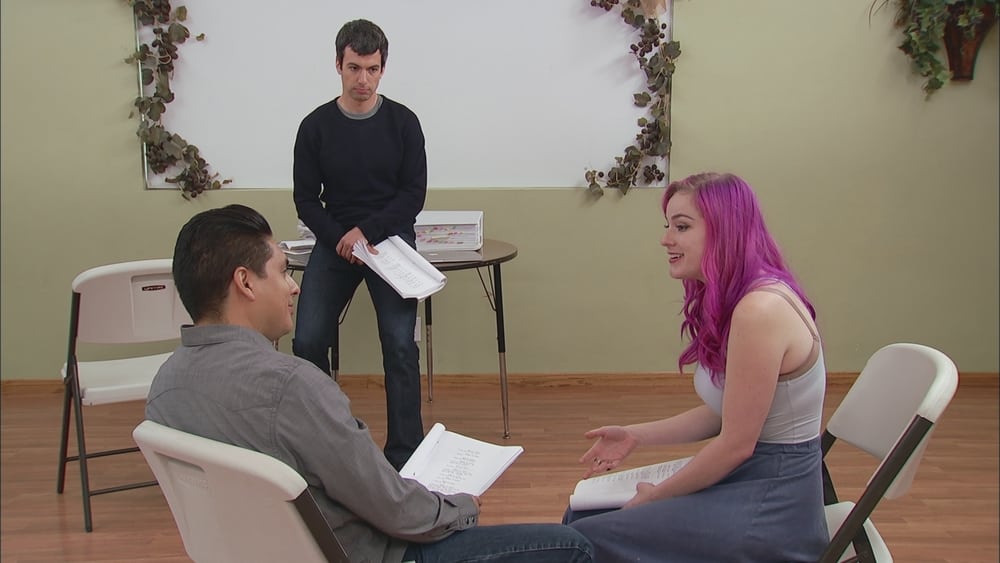 ‘Nathan for You’ is an American documentary-style reality series starring Nathan Fielder as an off-kilter version of himself. He tries to use his business background and life experiences to help struggling companies and people, frequently offering outlandish strategies to them, which parodies the methods of marketing and management consultants.

The show has been created by Nathan Fielder and Michael Koman, who has also worked on ‘Late Night with Conan O’Brien‘. The series airs on Comedy Central and first premiered on February 28, 2013. The series has gathered an incredibly strong following over the years and critics have praised it immensely, with The New York Times saying it is “the television series with the most incisive take on the 21st-century economy” and has praised Fielder for “illuminating the relationship between the economy and absurdity.”

Nathan for You Cast: Who is in it?

The show would not have been called ‘Nathan for You’ without Nathan Fielder, so he is surely a central part of the cast. He portrays himself as a business school graduate and consultant whose aim is to help struggling businesses. The other cast members change over the episodes as Fielder weaves his brilliant comedy into the outlandish plans he proposes to try and help the businesses in need.

Nathan for You Plot: What is it about?

‘Nathan for You’ revolves around Nathan Fielder, who tries to use his business degree and life experiences in order to help small businesses to run and perhaps also turn a profit. However, due to the unorthodox nature of his approach, the people he genuinely makes an effort to help, find themselves drawn into an experience which is way beyond what they actually signed up for. This is primarily because a lot of Fielder’s proposals are not just elaborate but also sound outlandish.

Over the seasons, the show also plays out the arc of Nathan and his social awkwardness. We see how his confidence is eroded over the episodes as he faces failure in his schemes. He is also acutely aware that not all people enjoy his company. Notably, the character that we see on screen is based on how Fielder is in real life and thus there have been attempts to show how the comedian deals with social anxiety himself. Fielder has notably said that he has no intention of making the character ‘feel like a comedy character’ instead, opting to fashion an on-screen character that can deliver the most authentic moments from Fielder’s own personality.

What is immediately noticeable in the series is that there is a pervasive and stifling atmosphere of perplexity and sour awkwardness. However, the show also manages to rise above cheap laughs and function as, what The Guardian notes to be, “a razor-sharp satire of commercialism, with a surprising undercurrent of genuine pathos.” The series is shot in a breezy style as most reality documentaries are, and Fielder’s gentle but manipulative style goes a long way in showing the experiments that he conducts with struggling businesses.

The show also has some traditional moments of humor, which arises from Fielder’s spectacularly bad ideas and how he is willing to defend them. In one instance he actually convinces a realtor to advertise a house saying that it lacks ghosts. An actual exorcist is brought in, and this culminates in a funny segment when the realtor is discovered to be plagued by a Swiss demon since childhood, who is subsequently successfully purged. Most of the series rests on concepts like these, but the action itself plays out in subtle and humane levels. As the critics have rightly surmised, “In other hands, Fielder’s role could easily have been that of an arrogant, overconfident salesman, but instead, he renders himself as an increasingly vulnerable figure, simply misguided in his career. As he observes each scheme fail, or at least be nixed by Starbucks’ aggressive legal department, we watch his confidence slowly ebb away.”

The show is unique insofar as it can be viewed as a number of things – if taken from the angle of small businesses, it can be seen as a commentary on the American dream, if seen from how Fielder dedicates himself to the role, it can be a testament to method acting, if seen from the perspective of how the schemes are outlandish, it can be chalked up to be one of the finest prank shows of our time. Overall, this is great reality television programming, and like fine wine, it has aged brilliantly over the seasons.

Nathan for You Season 5 Release Date: When will it premiere?

‘Nathan for You’ Season 4 premiered on September 21, 2017. In October 2018, Comedy Central announced that they would not be going ahead with another season, allowing Fielder to work on other projects.

The network said, “For the past five years Comedy Central had the pleasure of working with the brilliant Nathan Fielder on ‘Nathan For You’. His innovative and quick-witted humor has made the show a comedic touchstone and we’re proud to have been a part of it. We respect Nathan’s decision to end the series and look forward to geeking out over his next project.”

Fans shouldn’t be completely disappointed, as there’s still a possibility that some other network picks up the show. If that happens, we will update you about ‘Nathan for You’ Season 5 release date.

Nathan for You Trailer:

While we wait on any positive news on Nathan For You season 5, check out this trailer from season 3.