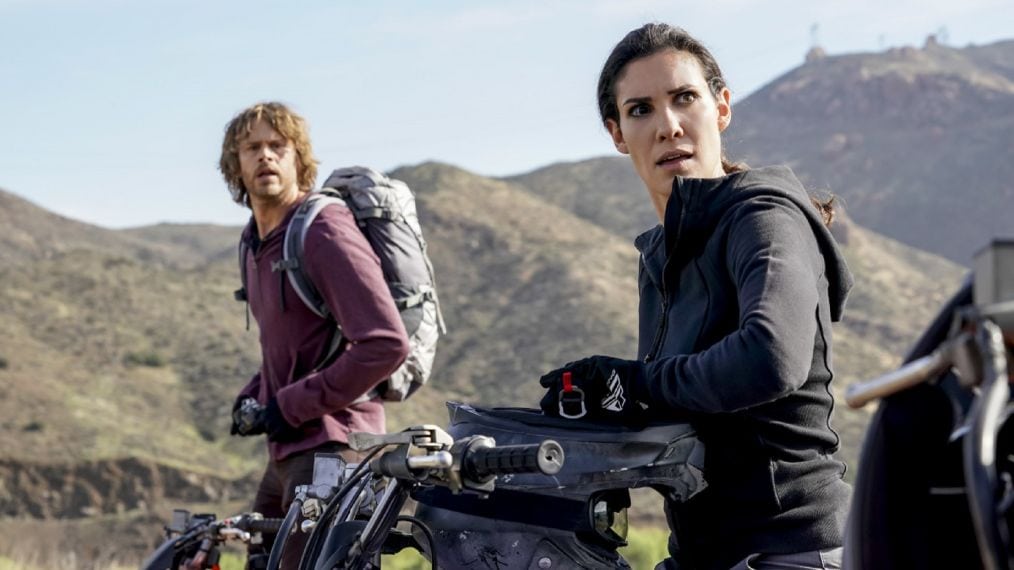 If you love action with a tinge of drama and mystery, then CBS has just the show for you. ‘NCIS: Los Angeles’ is the perfect blend of action and military drama that also draws on elements from police procedural shows to provide action junkies with the perfect drug. Created by Shane Brennan, the action television series is a spin-off of the successful ‘NCIS’ show, and it chronicles the adventures and misadventures of a Los Angeles-based elite unit of the Naval Criminal Investigative Service (NCIS).

‘NCIS: Los Angeles’ first made its way to viewers’ screens on April 8, 2009, offering viewers just two episodes as an introduction. Just months later, on September 22, 2009, the show premiered on CBS with Season 1. Since then, ‘NCIS: Los Angeles’ has seen a whopping 10 seasons air and is in the middle of season 11.

NCIS: Los Angeles Season 11 released on September 29, 2019. After airing for 11 episodes, the show went on a mid-season break — as it always does — on December 8, 2019. The good news is that fans won’t have to wait for long for the show to come back on the tv screens. NCIS: Los Angeles Season 11 episode 12 will release on January 5, 2020. The season will have a total of 24 episodes. You can watch them on CBS.

As far as the future of the show goes, fans should know that NCIS: Los Angeles  is one of the highest rated shows on TV and it’s highly unlikely that the network is going to pull the plug on the show anytime soon.

NCIS: Los Angeles: Who is in it?

The cast of the show is led by Chris O’Donnell, who plays the role of Lead Senior Special Agent G. Callen, who is an undercover operative for the Office of Special Projects (OSP) of the NCIS LA branch. A highly skilled field agent who is fluent in multiple languages, Callen has years of undercover experience, and serves as the main protagonist of the show. Meanwhile, LL Cool J plays the role of Callen’s partner, Sam Hanna, who is a former Navy SEAL and a Senior Field Agent attached to the OSP.

Apart from the two main protagonists, Daniela Ruah plays the role of Kensi Blye, the only female operative attached to the OSP. An orphan who grew up on the streets, Kensi is a top-notch undercover agent and a sniper, who is not afraid to use her sexuality to get results. Eric Christian Olsen, meanwhile, plays Marty Deeks, a veteran Los Angeles Police Department officer who is married to Kensi, and is later chosen to play a part in the OSP’s operations.

However, while Miguel Ferrer used to play the role of NCIS Assistant Director Owen Granger, he had to be replaced following his untimely death at the age of 61 in 2017. Nia Long was brought in as a replacement, and she plays Shay Mosely, a former Secret Service Agent who becomes the NCIS Executive Assistant Director for Pacific Operations.

NCIS: Los Angeles Plot: What is it about?

Set in the city of Los Angeles, the show chronicles the exploits of the NCIS’ elite OPS unit after “legendary” field agent G. Callen is assigned to the unit as the Lead Senior Special Agent. Throughout the show, we see Callen lead the elite and highly-trained OPS team against both domestic and foreign threats as they look to keep Los Angeles, and America in general, safe from enemies with murderous and destructive intentions.

Some of these cases are high-profile kidnappings, murders, or drug deals, whereas others focus on terrorism and weapons of mass destruction. Understandably, the show brings to viewers an array of different yet intriguing and action-packed missions, and its tight pacing helps keep viewers hooked. Further, for lovers of the genre, we often see the use of hi-tech gadgets and weapons by members of Callen’s OPS team, which add a technological angle to the otherwise action-packed show that makes use of all the right tropes.

That said, ‘NCIS: Los Angeles’ did not find much favor among critics, who gave Season 1 of the show a mediocre score of 67% on Rotten Tomatoes. Subsequent seasons have not been rated by critics. Yet, considering that ‘NCIS: Los Angeles’ targets a particular set of viewers with its action-packed episodes, we really cannot expect it to be critically acclaimed. As far as the show’s popularity among viewers is concerned, it enjoys a decent overall rating of 6.7/10 on IMDb, after over 44,000 votes.