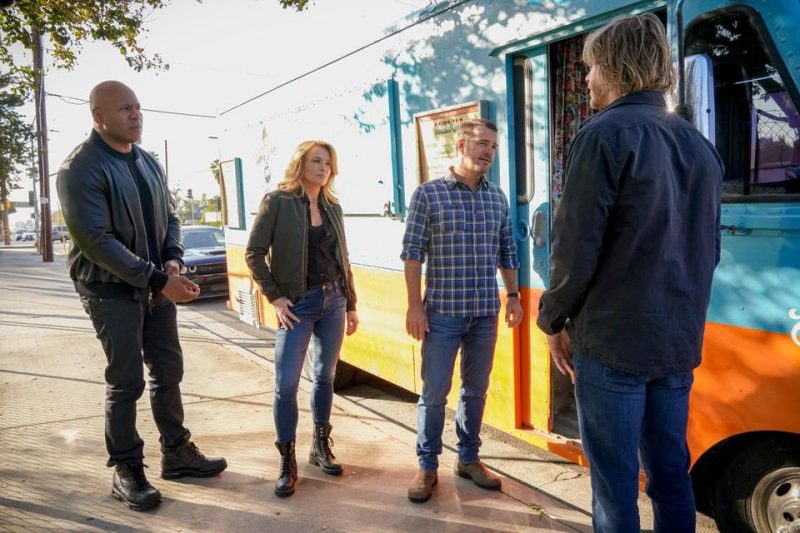 If you enjoy police procedurals that manage to pack in their fair share of action, then ‘NCIS: Los Angeles‘ is the show for you. It is the spinoff to the highly popular ‘NCIS‘. The premise of the show, accordingly, is similar to the original, where dangerous missions are undertaken by a highly skilled and resourceful team, ensuring that justice is meted out and the United States of America remains safe for another day.

Basically, we follow the exploits of the Office of Special Projects (OSP), based out of Los Angeles. This is an elite division within the Naval Criminal Investigative Service (NCIS) and specializes in undercover assignments. Over the seasons, the team has gone on several high-risk assignments, which have seen them battle forces posing a threat to the US, both foreign and domestic. As a law enforcement agency, the Los Angeles division is often helped out by members of the NCIS team, that we see on the original show. The Los Angeles Police Department also liaises with the NCIS team on certain missions.

‘NCIS: Los Angeles’ Season 11 has just aired the thirteenth episode, and you might be wondering what went down in it. We are here to tell you that, right after we walk you through where and when to watch the upcoming episode.

‘NCIS: Los Angeles’ Season 11 Episode 13 is slated to air on Sunday, January 12, 2020, at 9 PM EST. For now, the premise of the upcoming episode is being kept under wraps, but we do know that it is titled ‘High Society’.

Among other options available to cord-cutters are Fubo TV, YouTube TV, and DirecTV.

‘NCIS: Los Angeles’ Episode 12 has been titled ‘Groundwork’. Tying up with different agencies means that sometimes they come knocking for help. This episode sees a CIA agent trying to seek assistance from the NCIS team. When the agent is attacked in a parking lot after her morning routine, she believes it to be connected to a Nigerian doctor. After she fights off the attacker, the agent goes straight to the boys at the NCIS, who agree to take up the case.

However, they ask the CIA agent to stay put, since she might have been followed, and the perpetrators seem to know her routine. Obviously, the woman does not listen and goes her own way. Since she turns out to be a thorn in the NCIS’s side, the investigators consider whether the entire case is iffy and if they are being used by the CIA for the spy agency’s own purposes. Things look even shadier when the investigators cannot uncover any proof about the supposed attack in the parking lot.

After a game of chicken between the NCIS agents and the CIA agent, they finally decide to work together and share resources. The result is a swift tracking of the building that the Nigerian doctor’s kidnappers happen to be using. They retrieve stolen machinery and the doctor, after smoking out the bad guys in the action-filled final moments of the episode.