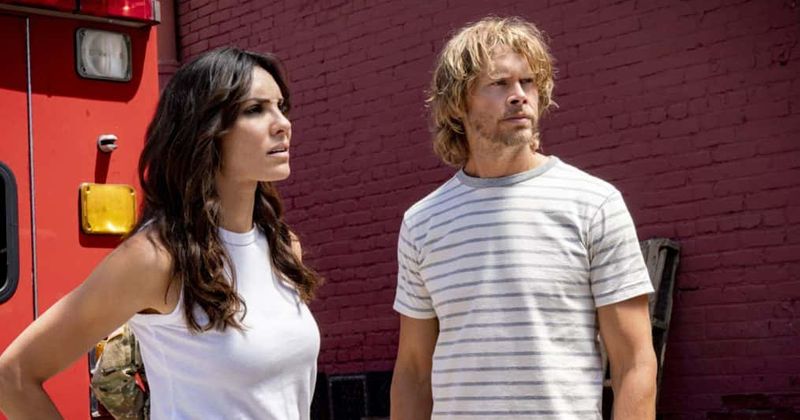 You can trust the team at NCIS to save the day with some thorough investigation, and courage in the face of fire. Based on the popular show, ‘NCIS,’ the spinoff titled ‘NCIS Los Angeles‘ has become almost as famous. The show is currently on Season 11 and has returned after a hiatus.

In the last episode, we had seen Sam trying to save a new agent, who accidentally triggers a bomb. At the same time, he must also try and solve the murder of an Iranian. While Nell decides her future, the team pitches in to save the day.

Curious to know what goes on in the latest episode? We have the rundown and the information about when and where to watch the new installment.

‘NCIS: Los Angeles’ Season 11 Episode 21 is slated to air on Sunday, April 19, 2020, at 9/8c. Titled “Murder of Crows,” the upcoming episode sees the team assisting a former NCIS tech operator. As she searches for her ex-lover, the team fears he might be in cahoots with some gun runners they couldn’t take down years ago. Elsewhere, Derek reels from a negative review about his bar. You can check out the promo below.

Amazon Prime users can watch the latest episodes in two ways. Firstly, you could add CBS All Access to your existing pack, which would let you access all of the channel’s content. The package comes with a free trial period, after which you are charged for services. Alternatively, you could buy and stream the episodes on Prime. Cord cutters are never out of options since you can also use services like Fubo TV, YouTube TV, and DirecTV.

The episode starts with Callen returning. He gets back to work with Sam, as the team is called to handle an arson case. The target is an FBI safehouse where a Venezuelan political activist is being protected. Although the group is asked to liaise with the Feds, they pull a fast one, by tracking the agent’s car to the second safe house.

Some men try to attack the activist there, but our heroes scare them off. Since two of the FBI safehouses are burnt (one quite literally), NCIS takes over the case. They transport the activist to the boat shed. In a surprising twist, it appears that the arsonist has nothing to do with the activist.

He sets fire to another building and calls it in to the police. Although his conscience results in his apprehension, there is still the matter of the second attack on the activist. The team realizes that a Venezuelan special forces operative is behind the attack.

They set up a meet, pretending to be sympathetic to his cause, only to arrest him. Thus they save the day once again. We cannot wait to see the action unfurl in the upcoming episode.