NCIS: Los Angeles Season 12 Episode 7: When And Where to Watch? 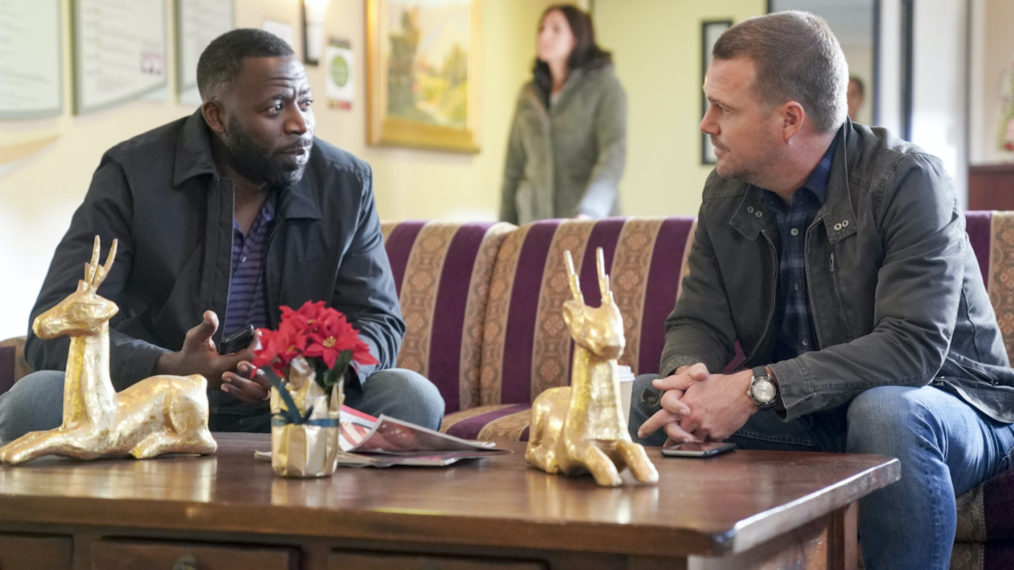 Kensi and Deeks look for a Christmas miracle as one of them lose their job and another one has to contend with a murderous sociopath on their trail and bent on revenge. Hetty assigns Callen a drug smuggling case that involves his foster brother Raymond, a man Callen hasn’t seen in 30 years. We have provided a detailed summary of the latest installment of ‘NCIS: Los Angeles’ – season 12 episode 6 – in the recap section ahead. Before you read that, though, let’s first see what the upcoming next episode has in store for the viewers of ‘NCIS: Los Angeles.

Since ‘NCIS: Los Angeles’ is a CBS show, the most straightforward way to watch it is on television, with a valid cable subscription. You may also use your existing cable subscription ID to stream the series online on the CBS official website and CBS All Access. Amazon Prime members can watch the latest episodes of ‘NCIS: Los Angeles’ in two ways. First, you can add CBS All Access to your Prime account, which would give you access to all of the channel’s content. CBS on Amazon comes with a free trial period, after which you will be charged monthly for the services. Alternatively, you can purchase and stream the episodes on-demand on Amazon Prime. People who have cut the cable cord can also use live-streaming services like Fubo TV, YouTube TV, and DirecTV.

As of now, we only know the name of the upcoming episode and the release date, since that’s all that CBS has disclosed so far. The network may provide a synopsis to the next episode in the days leading up to its premiere on January 3, 2021.

Kensi is still under the threat of a vengeful Kessler but manages not to freak out because Deeks does that enough for the both of them. With LAPD officially terminating his position as NCIS Liason, Deeks is now out of a job and is worried about their finances. Kensi and Deeks had been planning to buy their dream home but now he thinks it’s not possible. When Kensi cannot cheer him up, she takes herself to work where Hetty has assigned a new drug bust case to Callen.

The perp who was caught smuggling crystal meth into the US through the Mexican borders is Raymond Lewis, Callen’s foster brother. While it’s true that as a teenager, Raymond fell in with a bad crowd and went to jail for some time, he says that he has been keeping his nose clean for the last 20 years. Raymond tells Callen that he gave up crime and turned his life around when he fell in love with his wife. Callen helps clear Ray’s name by catching the real baddies and then apologizing to Raymond for getting him started on the path of crime (Ray had beaten up a guy who was bullying Callen as kids). But Raymond is thankful for everything that happened because it eventually led to him meeting his lovely wife.

Deeks tells Kensi about his intention of selling the bar and then putting that money towards buying their new home. Just then, they get a call from Hetty who congratulates Deeks on making it into the NCIS Academy. Deeks will now get to be a part of NCIS officially.