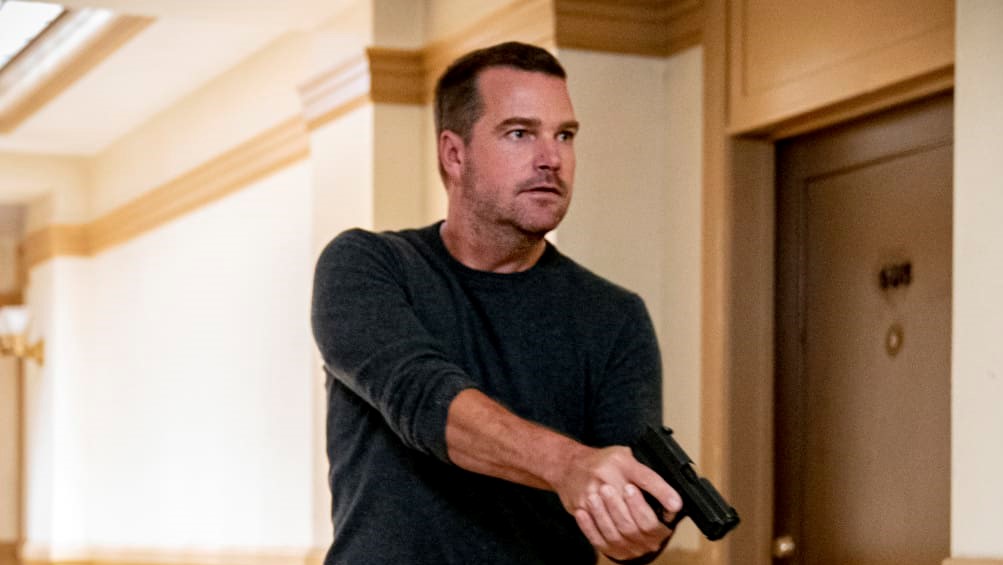 The fifth episode of ‘NCIS: Los Angeles’ season 13 follows the controversial death of an undercover agent who had been tailing the Chinese Navy for ages. She was under the watch of the NCIS team when it happened, so the matter gets out of hand pretty swiftly when all the agents get interrogated. To know how the episode ends, you can straightaway head to the recap. If you’re looking forward to episode 6, we have laid out all the updates about it here!

Sadly, the show is not releasing a new episode this week. ‘NCIS: Los Angeles’ season 13 episode 6 is set to release on November 21, 2021, at 9 pm ET on CBS. New episodes with runtimes ranging from 42 to 44 minutes usually release weekly on Sundays.

You can watch ‘NCIS: Los Angeles’ season 13 episode 6 on CBS at the date and time mentioned above. Following the television broadcast, you can catch the episode online on CBS’ official website and the streaming platform Paramount+. Additionally, you can watch the new episodes on live TV services like Fubo TV, DirecTV, Xfinity Stream, Sling TV, and YouTube TV. The show is also available for on-demand rental on Pluto TV, iTunes, Google Play, Microsoft Store, Amazon Prime Video, Spectrum on Demand (seasons 11 and 13), and Vudu.

Episode 6 of ‘NCIS: Los Angeles’ season 13 is titled ‘Sundown.’ Most of the episode will essay Roundtree’s attempt at going undercover for an important case. His journey from a recurring character to a series regular has a lot to do with his popularity among the fans, so you can gear up to witness some exciting scenes in the upcoming episode!

Meanwhile, Sam will resort to more of a diplomatic mindset as he negotiates with a suspected terrorist inside a bus. All the passengers will be captured as hostages as long as his daughter’s war crimes are not wiped off. Here is a promo that might enlighten you!

The fifth episode of ‘NCIS: Los Angeles’ season 13, titled ‘Divided We Fall,’ introduces Laura Song, an undercover agent who spent years investigating the Chinese Navy, but her cover finally blows up, and the opposition now wants revenge. The NCIS takes her to a safehouse with impeccable security systems installed, but the Chinese Navy ends up killing her anyway. The late agent was friends with Kilbride, who suspects Hetty might have something to do with it.

Moreover, the team is now under strict surveillance because Song was killed under their watch. The team members somehow survived the attack of the Chinese Navy, as revealed during their interviews. Callen and Sam were the first ones to fall. After that, Fatima and Roundtree tried their best to protect Song, but Fatima was shot, and then Song decided to give herself up for the sake of the safety of the NCIS. Even Kensi and Deeks are called to testify, although they weren’t present in the scene. He immediately begins to think about a life without Kensi realizing that he would be terrified if something happened to her.

According to the statements made in the interview, Kensi was the person who found Song lying dead. She called in for assistance, and Kilbride was the only person on the team missing during that time. So Kilbride finally confesses that he killed her not because he is a villain but the fact that she was working for the Chinese. His bosses, however, are more concerned about their image, so they conceal the truth from the public. Even if Kilbride is aware of Song’s true nature, he could only disclose it to a few people, so his teammates continue wallowing in guilt, thinking they failed to protect her.