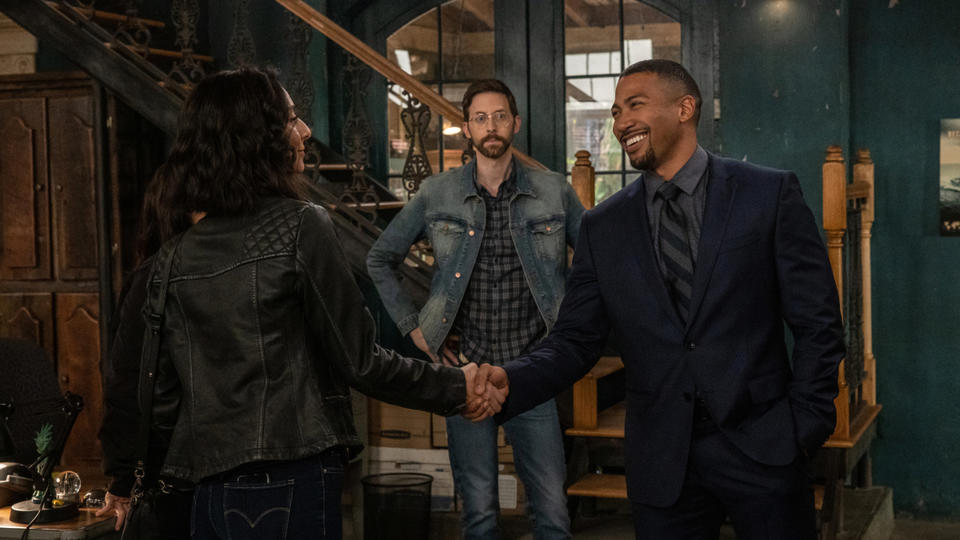 Despite being a spin-off of the ‘NCIS‘ series, ‘NCIS: New Orleans‘ has developed a steady fan following of its own. The show is currently on Season 6 and the viewers are invested in Pride and his team. In the last episode, we see the group trying to solve a murder where the murderer ends up outsmarting them.

Naturally, you might be wondering about what goes down in the latest episode. We have got you covered in that regard, as we also tell you about when and where to watch the upcoming episode.

‘NCIS: New Orleans’ Season 6 Episode 15 is slated to release on Sunday, March 15, 2020, at 10/9c. Titled “Relentless”, the episode sees Tammy protecting a little girl, who’s been shot in her home. Meanwhile, the team rushes to find a motive for the actions.

The episode sees Pride dealing with his sleeping problem. The man in the red suit keeps appearing. Pride started out trying to track down the man, which did not turn up any results. Following this, he attempted to ignore the problem, which did not work either. Thus, now, we see him turning to therapy to unlock his dreams. Pride’s understanding is that this recurring dream has been making him less sharp in the field.

Dr. Beth Tanaka helps Pride in this endeavor. Ultimately, there are some side effects to this. Pride manages to come out of it, with the realization that he needs to forgive himself for what happened to Red. We learn about the man from Pride’s past, who was killed by Cassius. He had an affair with Pride’s mother when his father was in jail. Initially, Pride had ended up blaming himself for the death of Red.

Elsewhere, we see Special Agent Quentin Carter showing up to the New Orleans office. The agent is arrogant and feels New Orleans will be a cakewalk. He steps on toes, and Pride ends up canceling the medical leave.

The team handles the case of Ortiz, who seems to have snapped when a store clerk asked for alternate ID when she provided her military credentials. As the team tracks Ortiz, they realize that she might be on drugs. By the time they find her, Ortiz is looking to escalate the situation. However, Carter talks her down.

Pride is impressed by how the new member handles the situation. After all, Carter has had five previous postings and is from a prominent Navy family. Pride intends to extend a helping hand to the kid, who might be too proud to ask for assistance. It remains to be seen how Carter gels with the team, in the upcoming episode.