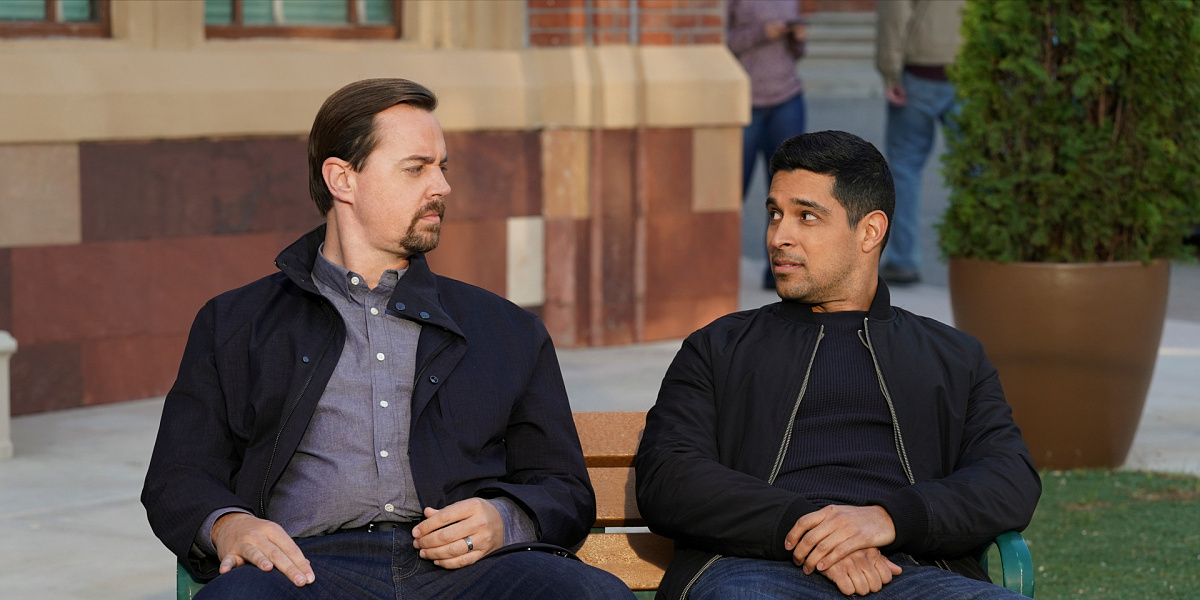 ‘NCIS’ season 17 premiered on September 24, 2019. So far in the season, we have seen Gibbs, Sloane, and other special agents of Naval Criminal Investigative Service, deal with harrowing and shocking cases revolving around the murder, suicide, and accidental death involving the officers of the U.S. Navy and Marine Corps.

In this week’s episode, the team tackles a puzzling case in which a body of a reputed Navy technician is found floating in the Reserves. Also, Jack Sloane’s daughter Faith Tolliver returns with an unexpected request. What is it about? You can check that out in our recap section. Now, you must be wondering about what goes down in the upcoming episode, i.e., ‘NCIS’ season 17 episode 19? Well, we are here to help you with that.

The best way to watch the latest episodes at the same time they are released on CBS is to opt for a cable subscription. Just tune in at the above time slot and you are all set. The next option is to catch all the aired episodes on CBS’s official website. Each episode follows a schedule of streaming online on CBS All Access the day after airing on CBS.

Without cable, you can also stream the series on Fubo TV, DirecTV, and Vudu. Previous episodes are additionally available on Netflix and for purchase on Amazon Prime Video.

The upcoming episode is titled ‘Blarney.’

It looks like we are finally going to get a Kasie and Jimmy centric episode. In the episode, we might see the Forensic Scientist and Medical Examiner having a great time at a diner. They might get interrupted by a group of notorious thieves, who might break in and hold them and others hostage. A robbery at a diner? Well, the thieves’ original plans might include robbing a jewelry store nearby. After that plan goes awry, they choose to hit the restaurant to get their demands fulfilled by the authorities.

Now since the safety of the other customers lies on Kasie and Jimmy’s shoulder, the two might put to use, the skills they have learned under the leadership of the proficient agents, to keep the thieves from hurting anyone till the pack arrives. So be ready for the epic showdown – Jimmy, Kasie Vs. Thieves.

The episode hit the fans with a shocking revelation about Jack’s past. Jack Sloane’s daughter Faith meets Sloane and asks for her medical history to detect why she and her fiance are having fertility complications. Moreover, she also asks for her father’s. This puts Sloane in a fix. On being confronted by Gibbs, Sloane tells him that back in college, a friend of hers took advantage of her drunken state and raped her. And that’s why she doesn’t want Faith to know about it. She also asks Gibbs to not pursue the man. Instead, Sloane meets up with her rapist and tells him to give Faith whatever information she needs.

Faith sees through her mother’s pretense, and the two share a tender moment when Faith realizes why her mother put her up for adoption. Meanwhile, the body of Whistler, a Navy technician, is found floating in a water body. Upon further investigation, the team discovers that Whistler used to hack into people’s accounts and rip them off their money to pay for her sick daughter’s medical bills. Apart from that, his reputation is squeaky clean. Whistler’s last blackmail victim, a shady con in the school’s computer laboratory, is revealed to be the murderer.

Elsewhere, McGee has a University reunion coming up, but he plans on skipping it by coming up with lame excuses, as he feels he isn’t half as successful as his other mates. Torres helps McGee get behind the inferiority complex that has consumed his self-esteem. McGee ultimately misses it because of an innocent date goof-up, but alt school at least he has a new perspective now, all thanks to Torres.