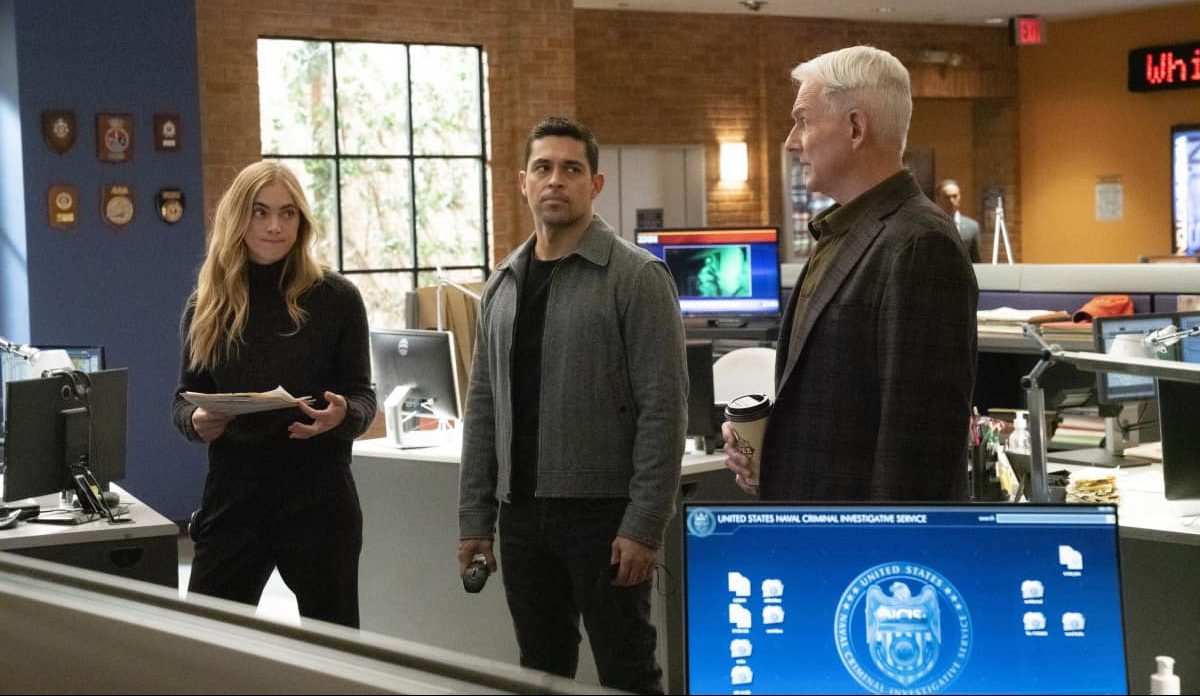 ‘NCIS’ season 18 episode 14 puts the spotlight on Gibbs, who is indirectly involved in the murder case of a Naval Officer. The assailant tried to steal the officer’s laptop, leading the NCIS to Gibbs’ former neighbor Phineas. The last time we saw him was back in season 17, when his mother turned out to be a dangerous terrorist. But his life seems to be in danger yet again as his entire family is attacked. To know more about the episode, you can go through the recap. Now, as we move on to the next episode, here’s everything we know about ‘NCIS’ season 18 episode 15!

To watch ‘NCIS’ season 18 episode 15, you can tune in to CBS at the aforementioned date and time, provided you have a cable network at home. You can alternatively go online and visit CBS’ official website or Paramount+ to watch the new episode shortly after its original broadcast. You can even stream the show on VOD and Live-TV platforms like iTunes, Apple TV, YouTube TV, FandangoNOW, FuboTV, Amazon Prime, and Vudu. Season 18 is additionally available on DirecTV.  You can also watch seasons 2, 3, 5, 6, 9, and 10 on Sling TV if there is a need to rewatch or catch up on those episodes.

NCIS Season 18 Episode 15 is titled ‘Blown Away.’ The title is a reference to the disastrous explosion set to hit a specialized section of the NCIS called NCIS Regional Enforcement Action Capabilities Training Team (REACT). The tragic incident will cause numerous deaths within the team. To make up for this invaluable loss, NCIS Special Agent Jessica Knight, the only surviving member in the group, will be assigned to help them solve the case. Using high-tech body armor, Jessica might actually be on to something. Here’s the promo for the upcoming episode!

In ‘NCIS’ season 18 episode 14, titled ‘Unseen Improvements,’ Captain Tubman, a Naval Officer, is found dead in his car. During his last moments, he had notified his commander about being followed by someone. Gibbs gets a tablet from Ducky and Kasie. Tubman’s DNA evidence leads to Edgar Proust, who shot Tubman while attempting to steal his laptop. The people responsible for the theft infiltrated the NCIS database and gained access to George and Micki Kaydar, the people taking care of Gibbs’ neighbor Phineas.

Gibbs reaches out to Phineas but is interrupted by a state trooper. Tragedy has befallen the Kaydars, and Phineas has gone missing. Gibbs rushes to the hospital but gets no answer from Kaydar. As Gibbs returns home, he finds Phineas curled up in his basement. The family had been attacked by two men sent by his evil uncle Hassan. They locate him and realize that Hassan’s sick son Ahmed needs Phineas for a bone-marrow transplant. His men enter Gibbs’ house, where Phineas is hiding in the back of his closet. But they find him anyway, and just as they’re about to capture him, Phineas attacks Hassan with a bat. He later makes up his mind to give Ahmed the help he needs.