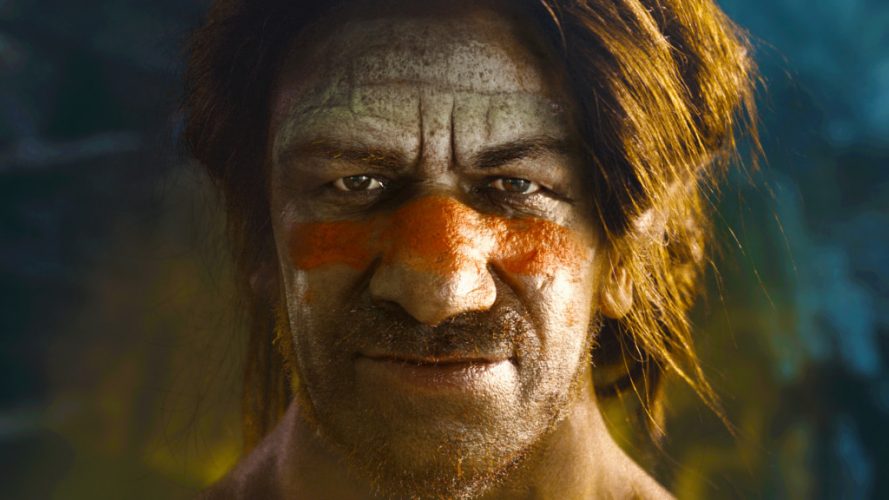 BBC Two has had a stellar streak of a couple of productions so far when it comes to documentaries that exhibit an affinity to archaeological studies, and Neanderthals was perhaps the ultimate culmination to it. Usually, when the subject of man’s age-old physiological predecessors is evoked, the heads turn in almost unanimous interest towards the screen. In the extension of the same argument, one may also note that interest in the subject is amplified by how surprisingly numbered documentaries on this is. Given the fact that the scope for going overboard on wild speculations and theory crafting, and the universal interest in it presents a formula for success if any documentary-based showreel is in danger of losing viewers, one would expect networks like Animal Planet and the Discovery mainline channel to be rife with semi-regular pitches that chase down the wild and elusive concept of a primate from whom man evolved gradually – but as a matter of fact, there exist very few attempts to nosedive into the complexity and anthropological appeal of the topic.

Neanderthals: Meet Your Ancestors gets by as an especially important entry merely by this virtue, but BBC Two goes the extra mile to give it additional pivots of attraction, namely, Andy Serkis. If the name seems rings a bell, but you cannot quite put your finger on it, Andy Serkis has been involved with the creative team and animation in classics like Planet of The Apes films, and more recently, Black Panther. Contentwise, Neanderthals is refreshing, ambitious, and academic while retaining accessibility for all viewers not well-versed with the who’s who of man’s predecessors – enough to make the most prominent take on the subject in the current decade.

Neanderthals: Meet Your Ancestors Cast: Who’s in it?

For the most part, the meat of the show heavily relies on its cutting-edge technological improvisations that attempt to simulate the look of a hypothetical Neanderthal specimen, which gives it the curb appeal and the upper hand above all other documentaries on the subject which would likewise pale in comparison. That said, the show does hold up as a decent informative piece, if not a piece of original research. This is attributed to Ella Al-Samahi, a paleoanthropologist and an archaeologist whose expertise is prominent when it comes to Neanderthals in particular. Ella Al-Samahi also has a charismatic enough personality to pull off the role of a presenter, and it is her who holds the rein in much of the two-part documentary, with Andy Serkis taking the wheel occasionally when the animation/simulation of the show comes into focus.

If there is a another season, the cast of it would depend largely on whether the show will continue its study in the exact same vein. In any case, Ella Al-Samahi is an indispensable asset, as she is near-unparalleled in her knowledge of the subject – which makes her a likely contender for the host’s role if another season comes up.

Neanderthals: Meet Your Ancestors Plot: What is it about?

Neanderthal explores, first of all, why the Neanderthals went extinct to begin with, despite being in a much more advanced stage of evolution than the popular image of Neanderthals give it credit for. However, the sheer studies and ideas are not the show’s unique point, as Andy Serkis works with his highly skilled and bright team of 3d-animators to try and materialize the most authentic and faithful 3d recreation of the Neanderthals seen on screen to date.

The show also grazes over nearly all points of interest, including well-known archaeological sites that have contributed our modern conception of Neanderthals in any major sense. That said, it has not completely exhausted whatever we can profess about Neanderthals just yet, and if a bit cinched, the purse of knowledge and trivia still holds water for another two-episode special at the least. A second season could, therefore, extend the study on Neanderthals, perhaps even entering the grounds of theory crafting from pure research.

Neanderthals: Meet Your Ancestors Season 2 Release Date: When will it premiere?

Neanderthal is a special documentary, and it would not be surprising if the crew disbanded and considered it a one-off, because mini-series like this rarely ever get taken up for a follow-up season. The show grazes over nearly all points of interest, including well-known archaeological sites that have contributed our modern conception of Neanderthals in any major sense. That said, it has not completely exhausted whatever we can profess about Neanderthals just yet, and if a bit cinched, the purse of knowledge and trivia still holds water for another two-episode special at the least. A second season could, therefore, extend the study on Neanderthals, perhaps even entering the grounds of theory crafting from pure research. So far, the show has not been renewed for it, and the air date for the tentative ‘season 2’ remains TBD.

As we have noted, chances are very slim for another season due to various factors. To top it off, there has been virtually no buzz about the show as long as another season is concerned – either from Andy Serkis’ social media handles, from BBC, from the producers, or from third-party news media sources. If nothing else, the one thing that is certain is that production for a hypothetical second season is not underway. This also means no scope for any promotion for the same, which leaves us with zero promo content – there are no trailers or teasers. The only silver lining to the uncertainty regarding the possibility that another season will ever materialize in any practical sense is that you have ample occasion to watch the two-part special (or the debut season if you call it that) if you missed it during the original broadcast. It will in all likeliness come on BBC for a rerun sometime in the future, and if not, the show is also fully available for streaming on PBS and Dailymotion as of March 2019. If you want a head start, you can also watch the official release trailer for the debut season here on the PBS site.