Extraction Sequel: Will There be an Extraction 2? 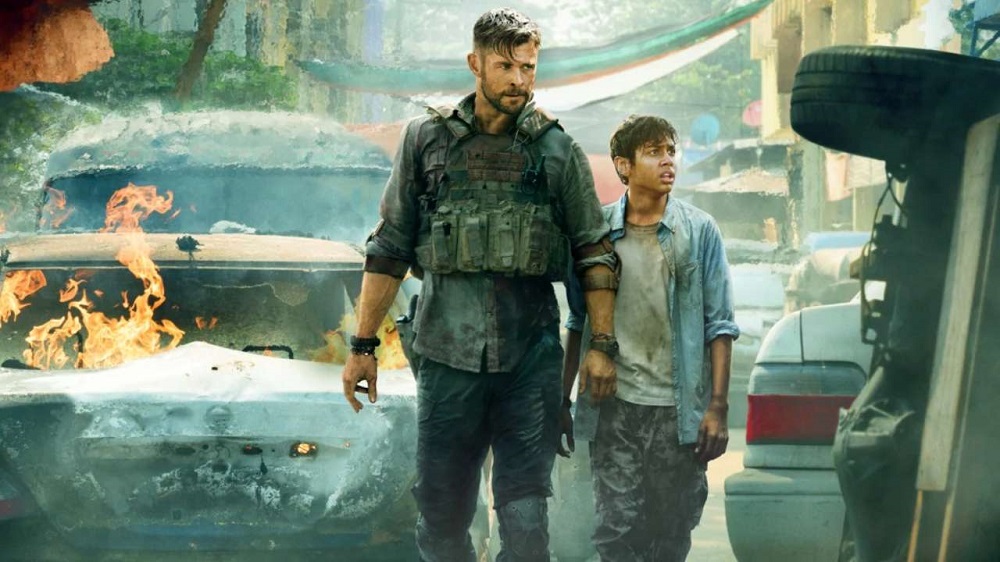 Confined to your house, if you feel like thrill has disappeared from your life, then you will find the much-needed dose of excitement in Netflix’s ‘Extraction’. The film stars Chris Hemsworth in the lead role, and with Sam Hargrave’s impeccable experience as a stunt coordinator, the movie benefits from jaw-dropping action sequences. It is an exciting watch that leaves you wanting for more.

While the film wraps up its main plot, it also leaves behind a clue that could mean the return of the main character. In the chaos of all the fighting, there is also the case of some supporting characters who didn’t get much screen time but had enough of our attention to make us wonder what would have happened to them after the mayhem came to a stop in Dhaka? When a movie leaves behind so many questions, it is natural for the viewers to wonder if there is more to the story. Will ‘Extraction’ have a sequel? Let’s find out.

‘Extraction’ premiered on Netflix on April 24, 2020. The film received a lot of praise for its action sequences as well as for the performance of the cast. (You can read our review of the movie here.) With the whole world in lockdown due to the coronavirus pandemic, ‘Extraction’ found its release at a very critical time. With the production houses holding back their big action flicks like ‘No Time to Die’ and ‘Black Widow’, waiting for the cinemas to reopen, a gap is created in the genre. Movies like ‘Extraction’ make up for them, which, in turn, ensures their success.

Netflix depends upon the reaction of the viewers to decide whether a movie deserves a sequel. With Hemsworth’s star-power and the awesome action scenes, ‘Extraction’ has the allure and the opportunity to pull the audience towards itself. The fact that Hargrave chose to leave the film open-ended increases the possibilities for a sequel.

As of now, Netflix has not greenlit the sequel of ‘Extraction’. Even if it does, we will have to wait a while for it to come to our screens. Because of Covid-19, production has been suspended on a lot of projects. Considering all of this, we expect ‘Extraction 2’ to release sometime in 2022 or later.

‘Extraction’ begins with a bunch of characters, all in different countries with little to no ties to each other. By the end, however, their lives get muddled, and alliances, as well as animosities, are forged. Because we follow the story from the point of view of Tyler and Ovi, by the end, the fate of other supporting characters remains in the dark. In its sequel, we could see an expansion of their stories.

First of all, the question of whether or not Tyler is alive needs to be addressed. Because there would be no ‘Extraction’ without Chris Hemsworth, we don’t expect the sequel without him either. Also, the ending of the film heavily leans in favor of Tyler’s return. He has come back for Ovi, which is great. But how will that go down with Ovi’s father, who had been in prison all this time? In the second part, we could see him out and about, probably serving as the next villain of the story.

Another character whose arc we would love to see more of is Rik. She is Tyler’s handler and is well-aware of the suicidal tendencies that draw him towards difficult missions. In the end, however, we see a shift in her perception of Tyler. She also becomes instrumental in Ovi’s escape, and she kills Asif in the end. Did she do it alone, or was Tyler involved in it as well? What’s their angle?

Every good story needs a villain, and ‘Extraction 2’ already has a great villain lined up for it. Farhad is introduced to us as a clever and lucky boy who quickly rises the ranks of Asif’s gang. He also hates Tyler, and it is he who shoots the mercenary in the end. With Tyler’s return, we could see Farhad back in action. On top of that, with Asif gone, Farhad could take over the reins of the drug business in Dhaka. The possibilities are endless.