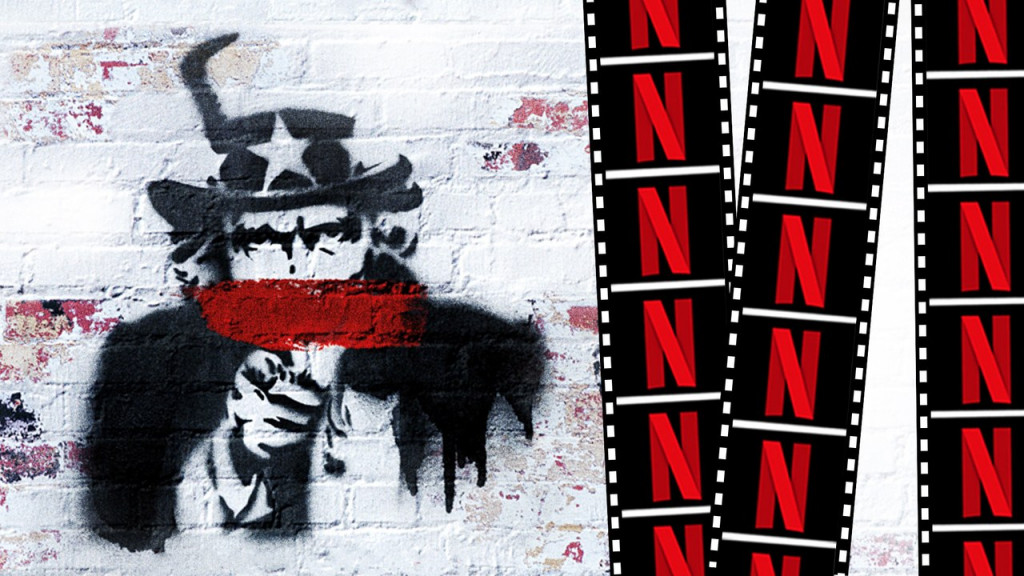 Knowledge and entertainment — this wonderful combination is both informative and fascinating when you relax on your sofa to binge-watch a show. And what possibly could be more enlightening than a seamlessly curated historical documentary? These shows, based on true facts and stories, document tales about deadly wars, crimes, mysteries, and what not. The events may have happened centuries ago, but they altered the course of history. And, therefore, they definitely deserve a watch. With that said, here’s the list of really good historical documentaries on Netflix that are available to stream right now: 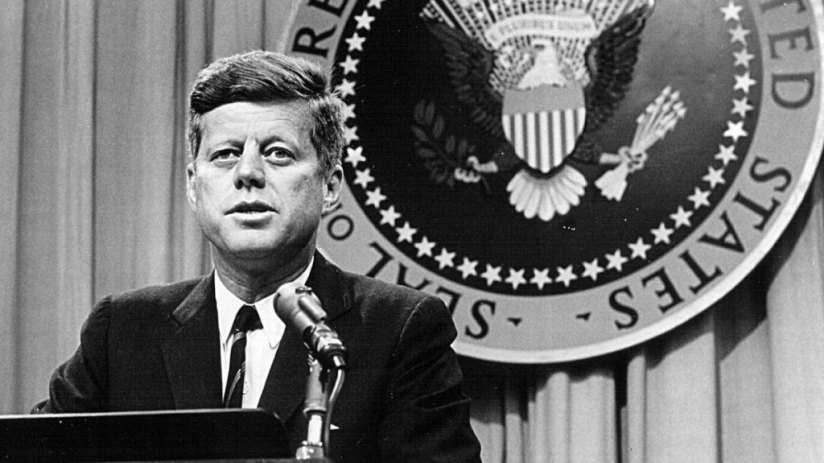 The 60s were perhaps ten of the most influential years that defined the course of US history. Some of the notable events of this decade include the Vietnam War, the Civil Rights Movement, the British Invasion, Woodstock, and Kennedy’s assassination. The period introduced several phenomenal changes in the political, social, and economic system of America, the affects of which are still relevant in the current century. `The Sixties’ is a ten-part documentary series which explores this very era and gives us detailed insights into the lives of important personalities, incidents, and discoveries that defined that decade. The format of the show uses archival newsreel footage, personal movies, interviews, and comments by historians, journalists, politicians, celebrities and other personalities, lending a fresh glimpse into the years between 1960 to 1969. 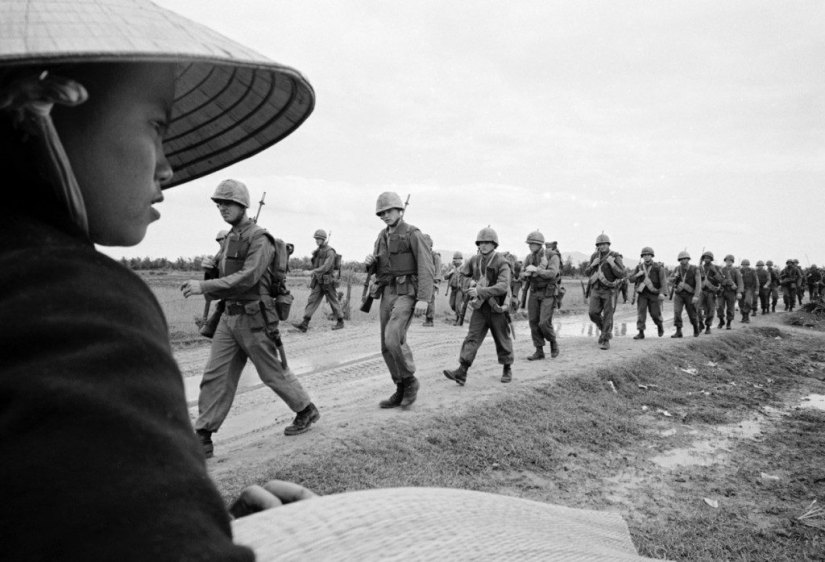 ‘The Vietnam War’, a 10-part American docu-series, chronicles the events of the infamous, brutal Vietnam War. After the Vietnamese rebels, under the leadership of Ho Chi Minh, successfully ended the 100-year-long era of French colonialism, the country is divided into two parts in Geneva. This period also sees the rise of the first waves of The Cold War. Now, the northern communists want to reunify Vietnam, whereas America supports Ngo Dinh Diem’s claim in the South. While President Kennedy and his team of advisers debate as to how far they should get involved in this crisis, South Vietnam is increasingly threatened by communal insurgence and Buddhist uprisings.

However, when the chaos increases beyond control, President Johnson allows the US military involvement, authorizes sustained bombing in the north, and deploys ground troops in the south. With a mission to curb Ho Chi Minh’s rebellion, innumerable teams of soldiers and marines face one of the deadliest wars in global history. With the count of American casualties rising manifold, America’s public gradually withdraws their support, resulting in assassinations and unrest in the country. The newly elected President Richard Nixon assures law and order at home and peace overseas, and in this attempt, starts withdrawing American troops from Vietnam. Finally, after many tragic consequences, massacres, and causalities, Hanoi signs a peace deal. But this is not the end. Vietnam is now engaged in a brutal civil war, with Saigon finally falling, and its effects leaving a huge mark in the history of world politics. You can watch it here. 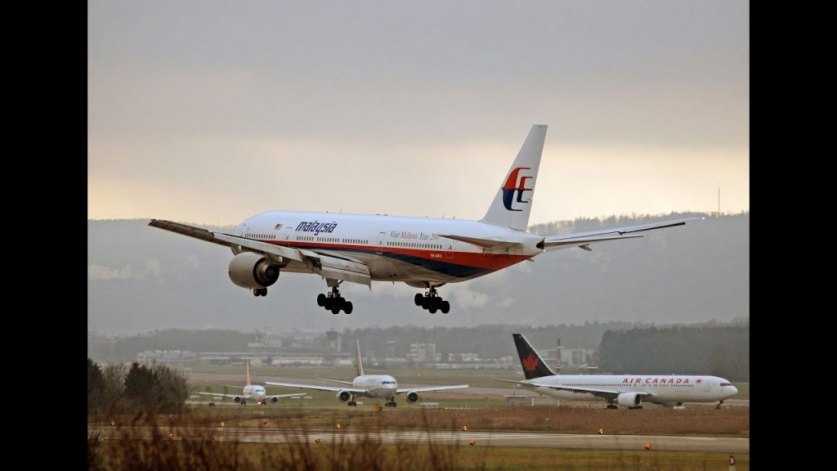 ‘Mayday’, also known as ‘Air Crash Investigation(s)’, ‘Air Emergency’ or ‘Air Disasters’, is a Canadian documentary TV show that recounts some of the most harrowing tales from the aviation industry. These true incidents range from shocking survival stories to heartbreaking, fatal disasters and tragic events. In each episode, experts examine the causes of these crashes or near-fatal crashes up to the minutest details, with the aim of providing insights into what were the mistakes and what prevention measures could have been taken. This program was instrumental in changing the safety standards of the aviation industry and successfully introduced many of the regulations that we witness today. 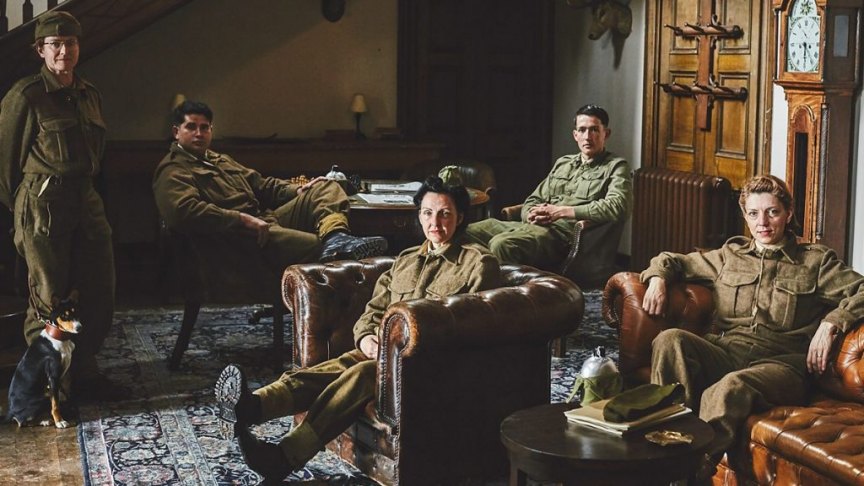 ‘Secret Agent Selection: WWII’ resurrects the rigorous training programs of one of the most secret organizations during the World War II — the Special Operations Executive (SEO). Spanning five episodes in its first season, the show is currently streaming on Netflix. There are no further plans for any new seasons as of now. In this unique concept created by the show runners, we see an amalgamation of the past and present, giving us a taste of rich history.

The format follows 14 contestants who have to pass the same severe four-day selection process that the top spies of Britain went through during WWII. Some of the tasks showcased include the participants traveling to and staying in a remote location, being trained in hand-to-hand combat, and learning to use heavy weaponry. The docu-series follows a format of elimination, after which the final six competitors have to face the Final Scheme. This last round is a 24-hour rehearsal mission that demands the recruits to display every skill they have learned till date. You can watch it here. 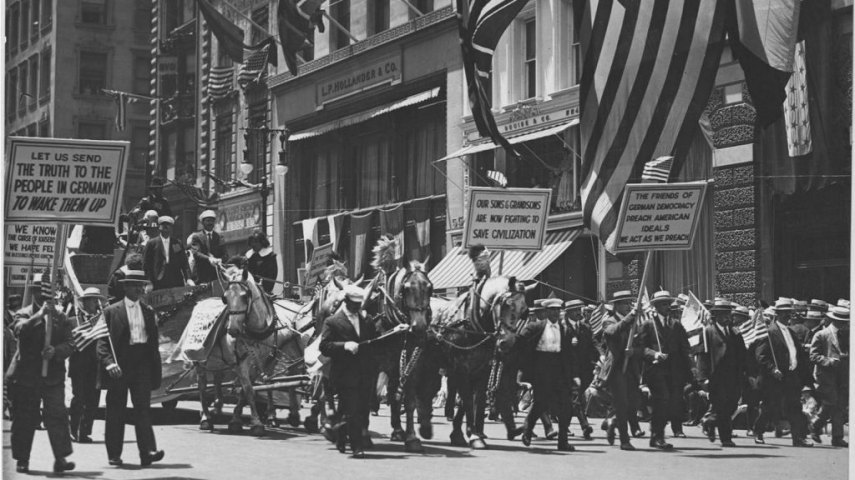 ‘American Experience’ is yet another documentary on the history of America. In this multiple award-winner, the episodes re-enact true events which had a huge impact on shaping the past and present of the US. Accompanied with commentaries by historians and authors, it lends a detailed insight into important events, people, and resources that defined America’s bygone days. ‘American Experience’, since its inception, has been television’s one of the most-watched history series. The Wall Street Journal has named it “peerless”, the Chicago Tribune has dubbed it as “the most consistently enriching program on television”, while Houston Chronicle has described it as “a beacon of intelligence and purpose”.  You can watch it here. 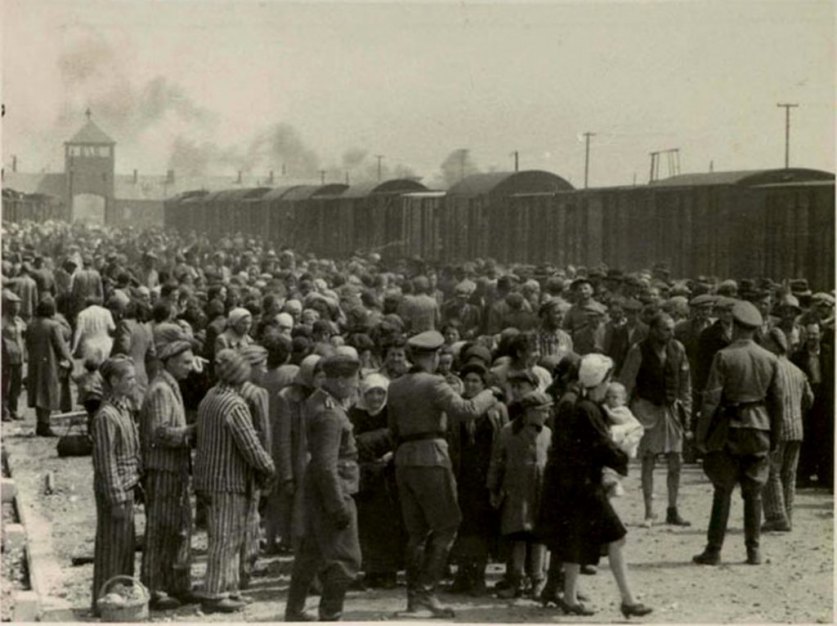 The Holocaust was one of the most notorious events of World War II and has served as the central theme for many movies, documentaries, and shows. ‘Auschwitz: The Nazis and Final Selection’ is one such docu-series which gives a comprehensive account of the Death Camp in Auschwitz. It uses real locations, CGI affects, and 3-D techniques to verbally and visually describe the genesis, ideals, and horrors behind the creation of this concentration camp, its final liberation, and role in “The Final Solution”. The format utilizes re-enactments of notable incidents by actors depicting the characters of Nazi officials, archived footage, and real interviews with ex-prisoners, old Schutzstaffel (SS) members, and witnesses. Each episode sheds light on a weird political ideology that yielded nothing but tragedy, death, and destruction. 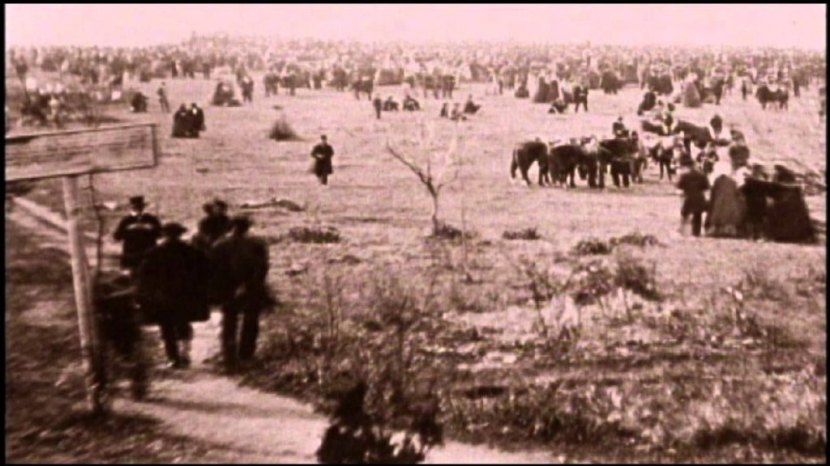 ‘The Civil War’ is a phenomenal documentary that arrives from Ken Burns. Comprising nine parts, every episode of the series employs modern cinematography techniques, archived photos, paintings and newspaper images plus clips to explore the history of the Civil War. It uses background music, accompanied by voices from renowned actors and actresses, throughout its narration. You can watch it here. 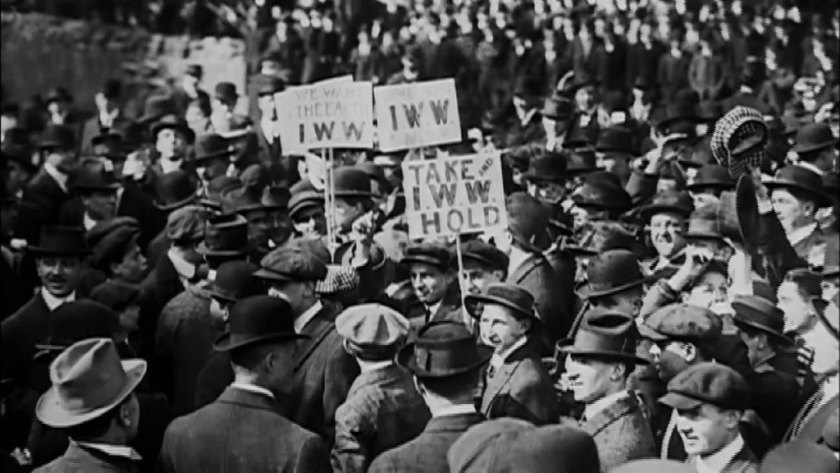 If you did not know already, American history was pretty much dominated by incessant alcohol consumption once upon a time. In order to administer control over this destructive habit, the Temperance Movement started in the 1800s, in order to impose proper means to stop alcohol abuse. The crusade finally led to the 18th Amendment of the US Constitution which enforced prohibition. This series, which goes by the same name, documents the story of the entire journey that resulted in this victory. The show also chronicles the after effects that followed post the implementation of this social reform. You can watch it here. 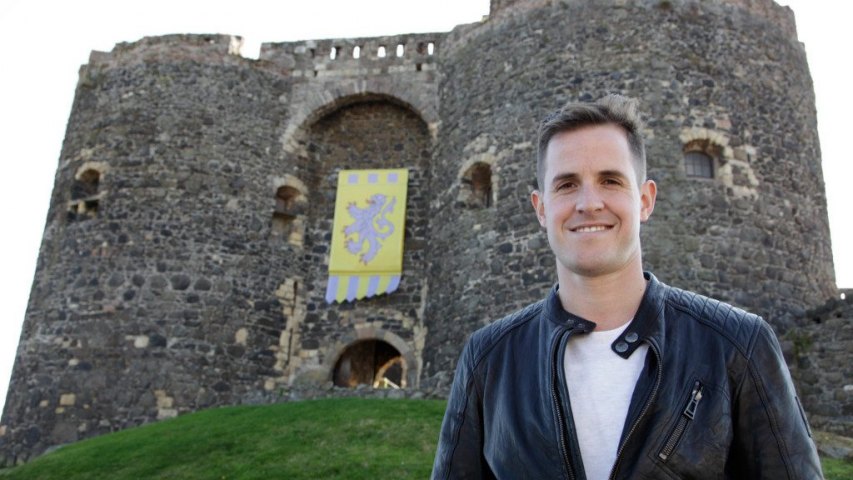 ‘Secrets of Great British Castles’ comes from Sideline Productions, based in Dublin. It is a British series and comprises 12 episodes. Released as two 6-part seasons between 3rd April 2015 and 9th December 2016, the show is hosted by historian Dan Jones. He explores the history behind Great Britain’s most famous castles, such as Warwick, Dover, Caernarfon, the Tower of London, Carrickfergus, and Stirling. 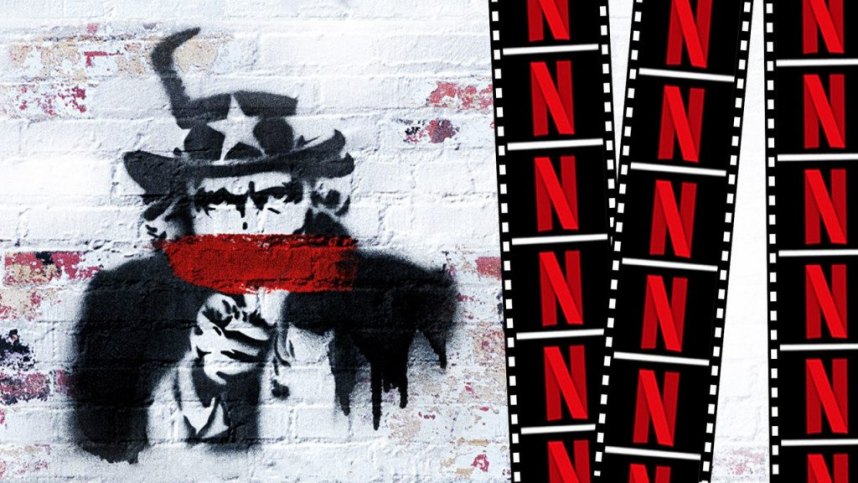 ‘Oliver Stone’s Untold History of the United States’, also simply called ‘The Untold History of the United States’ comes from creator, director, producer, and narrator Oliver Stone and hence the name. It covers topics such as the reasons which led to the Cold War, the dropping of the atom bombs on Japan, and America’s role in international affairs after the fall of Communism. Although there are no interviews featured on the show, each episode shows archival material like stock films, photographs, video and audio recordings, computer generated maps and diagrams, clips from around 60 fictional movies and shows to narrate the events. The story is told by Oliver Stone and various other voice actors who read the related historical quotations and writings from numerous notable figures. You can watch it here. 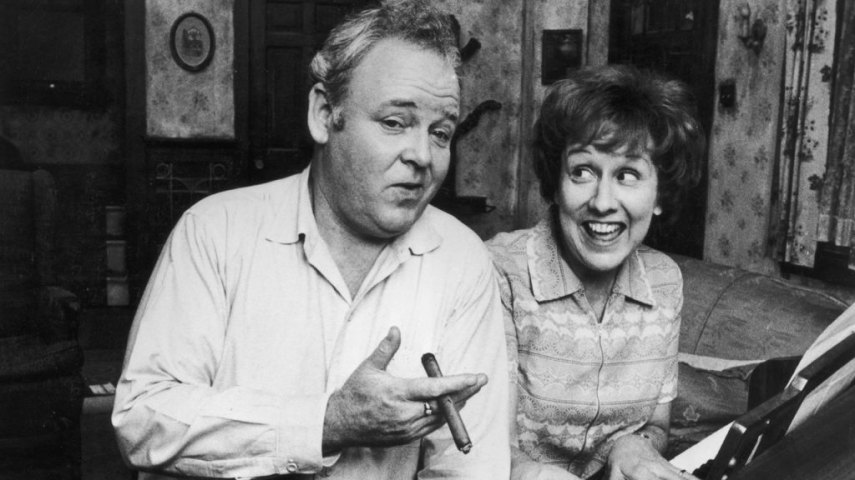 A sequel to ‘The Sixties’, ‘The Seventies’ arrives from executive producers Tom Hanks, Gary Goetzman and Mark Herzog. It is an eight-part documentary which picks up the events after those depicted in its predecessor. The show adopts a similar format like the prequel and chronicles events, people, and cultural milestones that defined the period between 1970 – 1979. Some of the notable events captured here are the Vietnam War, Scandal of Watergate, Iran Hostage Crisis, Sexual Revolution, Munich Olympics massacre, and Patty Hearst’s abduction. It employs archival newsreel footage, personal movies, interviews, and commentaries by historians, journalists, politicians, celebrities and others to delve into and offer deeper insights about this eventful decade. 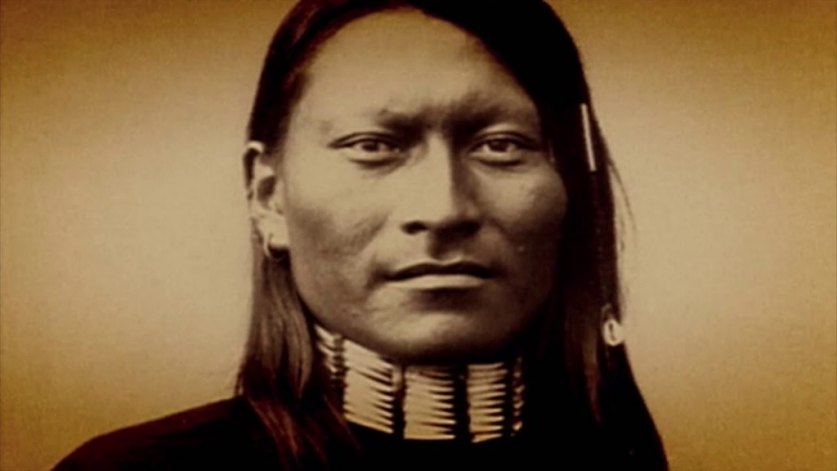 An interesting docu-series, ‘The West’ tells the history of the American West. It narrates how the Europeans arrived in America, met the Native American tribes, displaced them from their homeland after conquering them, and claimed the country as their own. The format of the show features viewpoints of Red Indians and other minority communities to give an unbiased look into the story. You can watch it here. 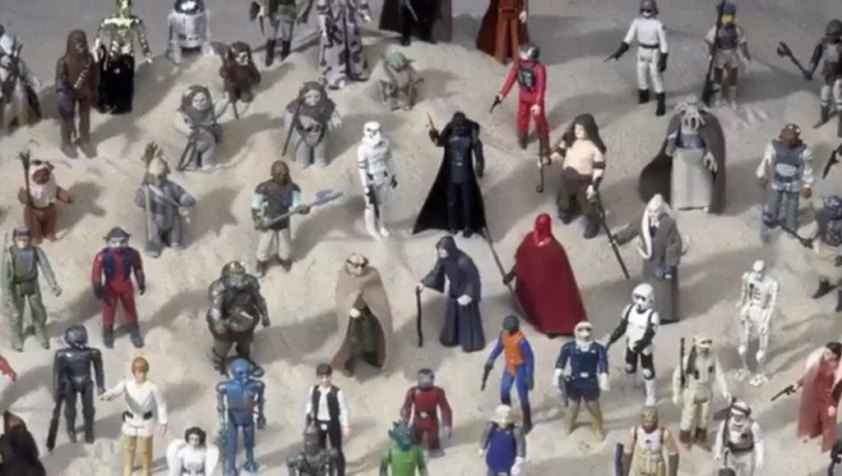 For each one of us, most of our favorite memories are tied with our childhood toys. Among these playthings, some of them have been played across generations, making these items iconic through the years. ‘The Toys That Made Us’ explores some of America’s greatest toy franchises, the people who created them, and the million dollar industries that made and sold them. Popular toy franchises featured here are Barbie, the ‘Star Wars’ line etc. 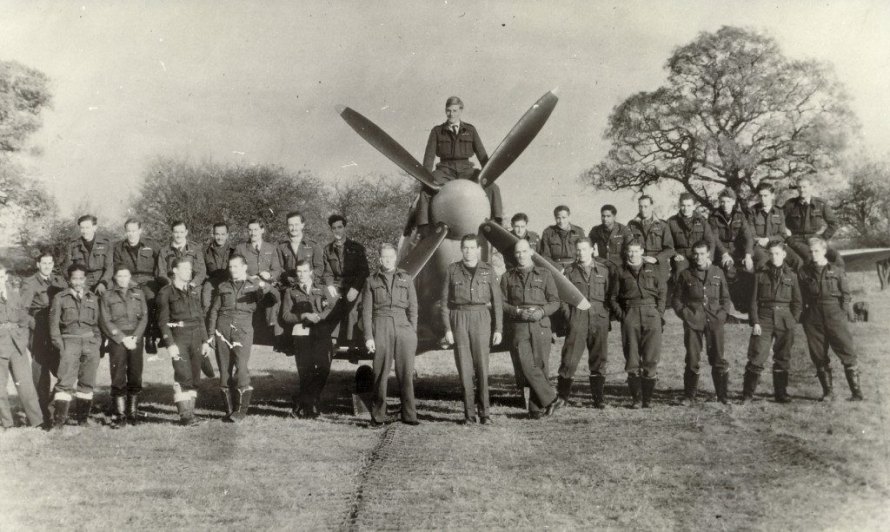 World War II was the most devastating war in the history of mankind. And at number 3 here, we’ve got another brilliant documentary, ‘The War’, which tells the story of World War II through a handful of men and women from four American towns, who had themselves been victims, participants, or witnesses during that time. The touching documentary gives a real-time view of this war which affected the lives of almost every family on every street in every town of the country. It tells us a story of an extraordinary period when there were no ordinary lives. 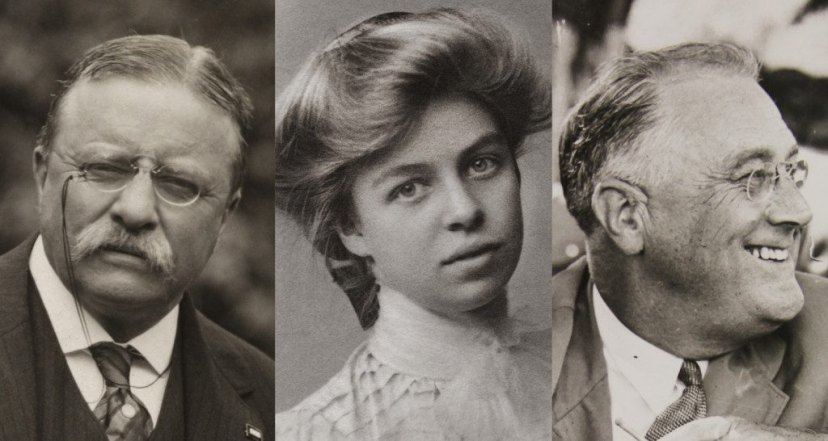 ‘The Roosevelts: An Intimate History’ is a documentary series that arrives from director Ken Burns. It chronicles and explores the lives of Theodore, Franklin and Eleanor Roosevelt — three members of the most prominent and influential family in the political history of the US. Spanning a total run time of 14 hours, the entire show depicts the events from Theodore’s birth in 1858 to Eleanor’s death in 1962. The story covers a period of almost 100 years from  America’s history, when the Roosevelts made several notable contributions such as the creation of National Parks, digging of the Panama Canal, passage of New Deal programs, and improvement of the civil rights. You can watch it here. 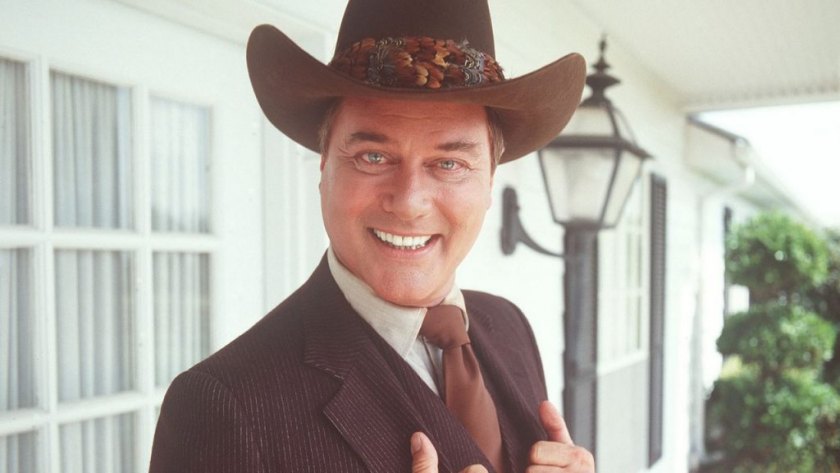 After ‘The Sixties’ and ‘The Seventies’, ‘The Eighties’ is the 3rd season from the franchise. It features Tom Hanks, Gary Goetzman and Mark Herzog as the executive producers. The series chronicles the major events that made the exceptional eighties. Similar to its prequels, this show uses a format that employs archival newsreel footage, interviews, and comments by historians, journalists, politicians, celebrities and others to tell the history of the period between 1980 – 1989. Some of the events covered here are the Age of Reagan, the AIDS crisis, the end of the Cold War, Wall Street corruption, and breakthroughs in the world of music and entertainment. You can watch it here.