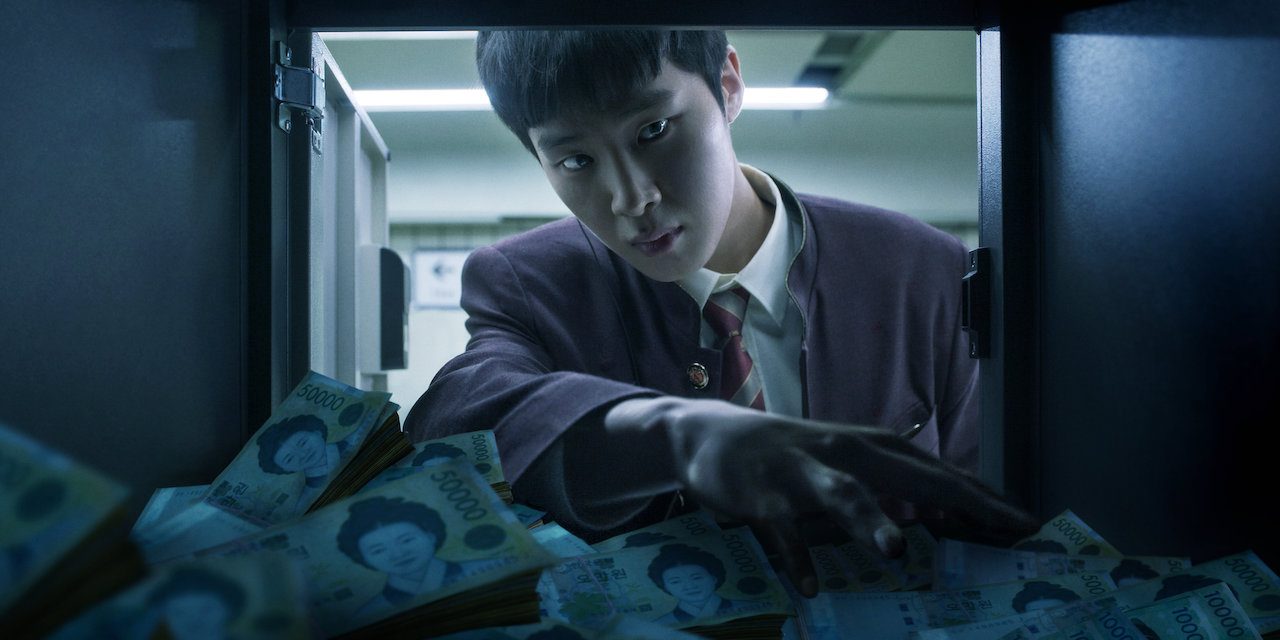 ‘Extracurricular’ is a South Korean drama series that revolves around three high school classmates from different backgrounds who get themselves embroiled in illegal activities for various reasons. The teen drama is created by Jin Han-sae and premiered in 2020. It has received positive reviews from critics and viewers who praised its unique storytelling style and interpersonal character drama.

The series quickly became one of the most popular K-dramas in the world and has developed a passionate fanbase who are eager to see the story continue after the cliffhanger ending of the first season. If you are one of the fans looking for information about a second installment, allow us to guide you through the updates of ‘Extracurricular’ season 2!

‘Extracurricular’ season 1 was released on April 29, 2020, on Netflix. The first season comprises ten episodes with a runtime of  44–72 minutes. All episodes of the debut season landed on the streaming service on the same day.

Presently, the future of the series looks uncertain. In the year since the show’s premiere, Netflix is yet to officially renew ‘Extracurricular’ for a subsequent season or announce its cancellation. Moreover, the show’s creator and writer Jin Han-sae has moved on to other projects and is yet to officially comment on the future of the show. However, Han-sae’s association with the producers Netflix and Studio 329 continues. Therefore, there might still be hope for the second installment of popular Korean drama series.

Han-sae has been busy working on Netflix’s comedy-thriller series ‘Glitch.’ Assuming the production on the series has wrapped up, the writer could turn his attention to penning season 2 of ‘Extracurricular.’ Hence, we can expect an official announcement from the streaming giant by late 2021. Taking everything into account, we expect ‘Extracurricular’ season 2 to arrive on the platform sometime in 2023, at the earliest.

Extracurricular Season 2 Cast: Who can be in it?

Most of the main cast members are likely to reprise their roles for season 2 except for Min-su Choi, whose character dies in the season 1 finale. We could see recurring cast members such as Seo Ye-hwa (Sung-mi), Kim Yi-kyung (Kim Ji-ye), and Park Ho-san (Oh Jung-jin) reprise their roles for the new installment. Some new actors are also likely to join the cast in season 2.

Extracurricular Season 2 Plot: What can it be About?

In ‘Extracurricular’ season 1, Ji-soo runs an illegal business to fund his education. Gyu-ri and Min-hee stumble upon Ji-soo’s secret activities and convince him to allow them to become a part of the operation. In the season finale, Dae-yeol and Mr. Lee are killed. Detective Lee comes close to catching Ji-soo, who is badly injured but escapes with Gyu-ri’s help.

In the second season, we will see whether Ji-soo pays for his crimes or if he continues to evade Detective Lee. We might also get a few answers about Ki-tae’s fate. Ji-soo and Gyu-ri are likely to be drawn back into the world of crime as both troubled teenagers feel that the world has mistreated them.