When Will New Amsterdam Season 2 Return on NBC? 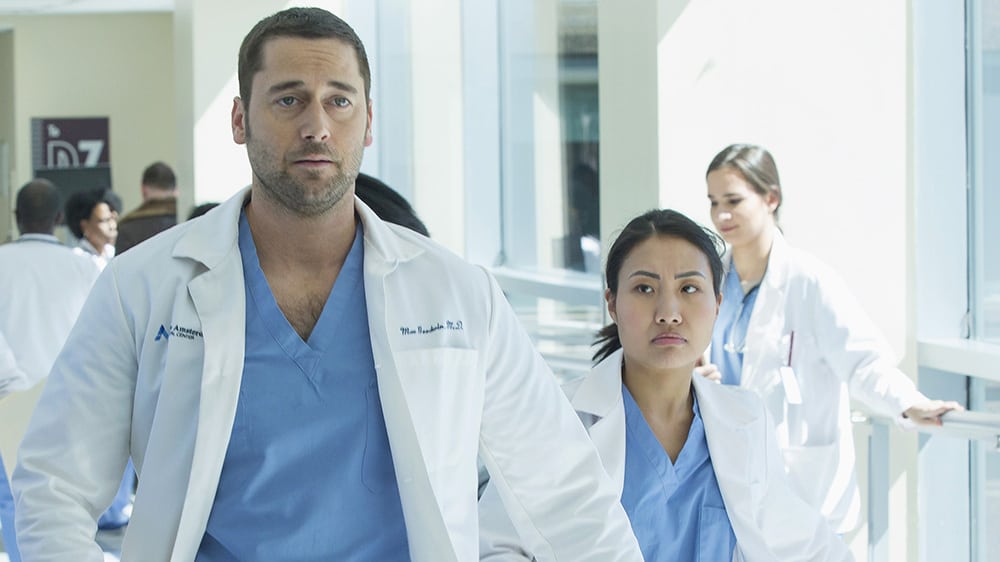 ‘New Amsterdam’ is an American medical drama television series that airs on NBC. The show first premiered on September 25, 2018. It is based on a book by Eric Manheimer titled ‘Twelve Patients: Life and Death at Bellevue Hospital’. The show has been created by David Schulner who is known for his work on ‘Desperate Housewives’.

With the medical industry developing so much, there is always a new story to be told. This is probably why there have been so many successful TV shows and movies made at the same. ‘New Amsterdam’ is just the latest addition to the series that has big names like ‘Grey’s Anatomy‘ and ‘The Good Doctor‘, but nonetheless, it looks intriguing. The story focuses on Dr. Max Goodwin (Ryan Eggold), the new medical director of one of the United States’ oldest public hospitals. He wishes to provide the best medical care in this hospital, which has almost become obsolete.

Medical dramas remain one of the most popular genres that are enjoyed by audiences because they are rather formulaic in their structure and it is easy to get attached to the characters. Naturally, this show has already drawn a pretty solid fan base for these reasons, but critics have been none too pleased with it, and have said that the show is “Overcrowded, overwrought, and overly familiar, New Amsterdam plays more like an exquisite corpse of pre-existing shows than a breakthrough for the genre – though that may be enough for medical drama devotees.”

As far as the future of the show goes, fans should know show has been one of the top performing shows for NBC. So, there’s no reason for the network to not just keep going.

New Amsterdam Cast: Who is in it?

The cast of the show ‘New Amsterdam’ includes Ryan Eggold of ‘The Blacklist‘ fame as Dr. Max Goodwin, Freema Agyeman as Dr. Hana Sharpe, Janet Montgomery as Dr. Laura Bloom, Jocko Sims as Dr. Floyd Pearson, Anupam Kher as Dr. Anil Kapoor, and Tyler Labine as Dr. Iggy Frome. They are, of course, all workers at the Bellevue Hospital. There are several supporting and guest characters, who make up the hospital staff and patients and give a rounded quality to the drama overall.

Notably, Kher is a veteran Indian actor of repute and spoke about his role in the show, saying, “It’s fantastic to play an Indian doctor in an international show. It talks of the passion and compassion of six doctors who have their own personal lives, how they come together and work in this hospital called New Amsterdam. The medical drama is hopefully going to be quite big in terms of its reach and theme. I’m working with an amazing cast.”

In season 2, you can expect all the main characters to return. You can also look forward to some new faces, as medical dramas often introduce new characters in each season to shake things up. The series star Eggold is of the opinion that there should be diversity in casting. He said, “Bellevue is such a melting pot for people all over the world and people for all walks of life – poor, rich, every ethnicity, every gender, and orientation. So if we reflect that in the cast more and more, the players we bring on the future, the players we bring on for one episode, stuff like that, that’s great, that reflects real life.”

New Amsterdam Plot: What is it about?

‘New Amsterdam’ revolves around Dr. Max Goodwin, a charismatic doctor who joins as the public hospital’s newly appointed medical director. Dr. Goodwin immediately realizes that the hospital has plenty of operational problems. He must set right all the financial, staffing issues, and make the place more sophisticated when it comes to providing the best medical care. He wants to make the hospital capable of helping everyone from Ebola victims to the POTUS, which is a rather tall order. For some reason, the central hospital is the only one capable of treating such life-threatening conditions. Nonetheless, removing years of bureaucracy is no easy job and Goodwin is about to find that out for himself over the seasons.

The show portrays a promising but ironically bleak and absurd picture of how a public hospital that had been built with good intentions has gone awry. Since the series has only just started, there are plenty of directions in which the show can take. However, the current focus seems to be for Goodwin to get employees to provide quality healthcare rather than rest on the celebrity status of the hospital. A word must be said for Max’s character that steals the spotlight with the actions, and the show ensures that he is humanized so that he does not come across as a condescending do-gooder.

Simultaneously, the supporting cast has also done a fantastic job to portray the various aspects and machinations of the hospital. Variety has summed up the show well, saying, ” ‘New Amsterdam’, like its supposed hero, ostensibly has good intentions. It wants to do a medical show with an inclusive cast that can, thanks to the hospital’s public standing and sprawling services, tell stories about a wider swath of people. But in the meantime, it’s weighed down by an albatross of the main character who, despite his best and oft-expressed wishes, isn’t helping much at all.”

Here’s ‘New Amsterdam’ Season 2 trailer to get you excited.