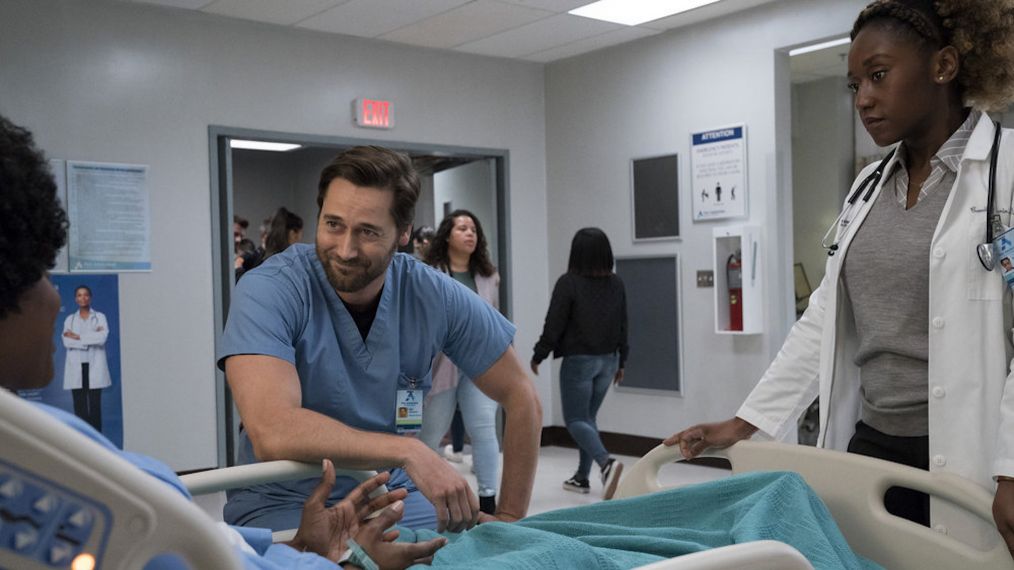 ‘New Amsterdam’ is a medical drama that follows Dr. Maxim as he strives to improve the conditions of the oldest local hospital in America, seeking help from his colleagues. Max’s primary aim is to free the hospital administration from the clutches of the inhumane bureaucracy, thus, ensuring best treatment for the unfortunate patients at the medical facility.

It is inspired by Dr. Eric Manheimer’s memoir ‘Twelve Patients: Life and Death at Bellevue Hospital.’ Because of its transparent treatment of the subject matter, the medical drama has managed to garner a massive fan following and critical acclaim. Due to which, the show has been renewed for seasons three, four and five.

‘New Amsterdam’ season 2 premiered on September 24, 2019. It got back from a two-month hiatus on January 14, 2020. So far, Season 2 features the team surviving on Riker’s Island, after it goes into a lock-down, resulting in a Code Silver emergency. This forces the doctors and staff to deal with their personal struggles and perform emergency operations without proper medical aid. Max struggles with his responsibilities as a single father to Luna. Bloom gets her heart broken and is also going through her recovery, while Mr. Kapoor takes a drastic step for his family.

Episode 12 leads to further complications in the lives of our favorite doctors. Don’t worry if you can’t jog your memory, we have added a quick recap for you. You must be wondering about what goes down in the latest episode, and we are here to help you with that. However, first, let us walk you through when and where to watch the upcoming episode of ‘New Amsterdam.’

New Amsterdam Season 2 Episode 13 Release Date: When Will It Premiere?

You can watch the ‘New Amsterdam’ season 2 episode 13 by tuning to NBC at the above-mentioned time. You can also catch the show on NBC’s official website and also on the NBC app.

The upcoming episode is titled ‘In The Graveyard.’

In ‘New Amsterdam’ season 2 episode 13, we can expect to witness a shocking revelation, that has a huge impact on the future of the hospital. It also results in some immediate changes in the functioning of the institution. Following the sudden change, the doctors work relentlessly to serve their patients. Meanwhile, Dr. Reynolds is planning to move to San Francisco along with his wife. He has been going back and forth about his plan, since a long time now, and we can finally see him making a firm decision, in the next episode.

Episode 12 follows Iggy, who is very anxious about after Tabitha’s observations on his behaviour, and he starts binge-eating, again. It features a new member, Alice. A single mom who is supposed to go on a playdate with Max and Luna. And if that’s not enough, Max asks Helen if it is right to go on a date with Alice. Helen, being a supportive friend, tells Max to take it forward.

Meanwhile, Helen’s current focus is on deciding her future in this career, after the unfortunate demotion. She also realizes that Castro is shady, as she is hoarding a shed-load of money that is actually meant for the welfare of the patients.

The highlight of the episode, however, is Dr. Kapoor’s segment in flashbacks, where we even see Kapoor’s wife. A patient who is in a coma for 14 years, 2 Months, and 8 Days, finally gives a response, and Kapoor beautifully counsels the family, that it’s time to let him go.