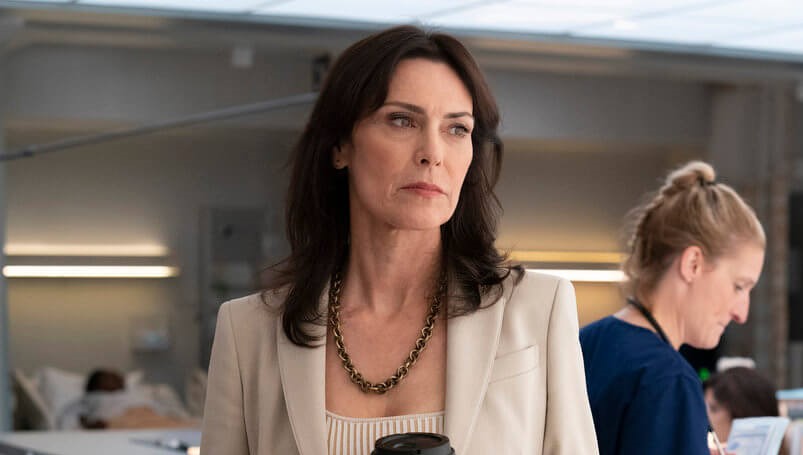 In the third episode of ‘New Amsterdam’ season 4, Helen considers breaking it off with Max because of his habits that irk her. Her colleagues end up planting the idea in her head as their relationship could certainly put their professional careers at stake. Leyla’s relationship with Lauren also undergoes major shifts. For detailed updates, you can refer to our comprehensive refresher at the bottom. Now, let’s walk you through all the details we have on episode 4 of ‘New Amsterdam’ season 4!

The medical drama is an NBC original series. Thus, the most feasible way to watch ‘New Amsterdam’ season 4 episode 4 is on the official network via a cable subscription at the date and time specified above. With that said, if you want other options, you can always stream it on NBC’s official website or the NBC app. In addition, the episode will also be available on Peacock TV and the Peacock TV app, a day later.

The upcoming episode of ‘New Amsterdam’ season 4 is titled ‘Seed Money.’ In the episode, we can expect Max to be unable to adjust to new arrangements at the hospital. He might have to dive into the financial waters of the hospital, which is not generally his forte. We all know Max Goodwin as someone who puts his patients and their needs first which might not always resonate with the board of members or even the authorities who run New Amsterdam.

Apart from Max and his unscathed moral ground, Dr. Sharpe will also feel the pressure of providing follow-up cancer screenings for patients in as little time as possible. Lastly, Bloom will disapprove of Dr. Shinwari’s new routine of pulling all-nighters. As you wait for the fourth episode to drop, here is a promo you can watch!

In the third episode, titled ‘Same As It Ever Was,’ Helen reevaluates her relationship with Max after she realizes that her loving partner has a few habits that irk her. When she talks to Lauren about it, the latter suggests breaking up. On top of it, Veronica Fuentes thinks it could become an HR issue, so a breakup seems like the perfect solution. Meanwhile, Max meets a teenager named Imani at a local science fair and tries to introduce her fever-detecting sutures to the staff in New Amsterdam.

Max’s interference in the project subsequently causes Imani to be sued for half a billion dollars, but Max later finds a way to resolve the issue. Elsewhere, Iggy is still struggling to win respect and affection from his residents. He is partial towards the ones who can embody his manner and teachings exactly the way he wants them to. On the other hand, Gladys has inhabited the persona of a psychotherapy healer who supports and consoles Iggy during sad hours.

Leyla tries to be more assertive in every walk of life as a way of improving her relationship with Lauren. Moreover, she prefers doing operations under challenging conditions, considering how she was trained in a warzone. So the use of technology slows down Leyla’s pace, prompting her to appeal against the same. Lastly, Helen decides to shift to Max’s house to adjust to his lifestyle and make their relationship work.