Everything We Know About Assassin’s Creed Sequel 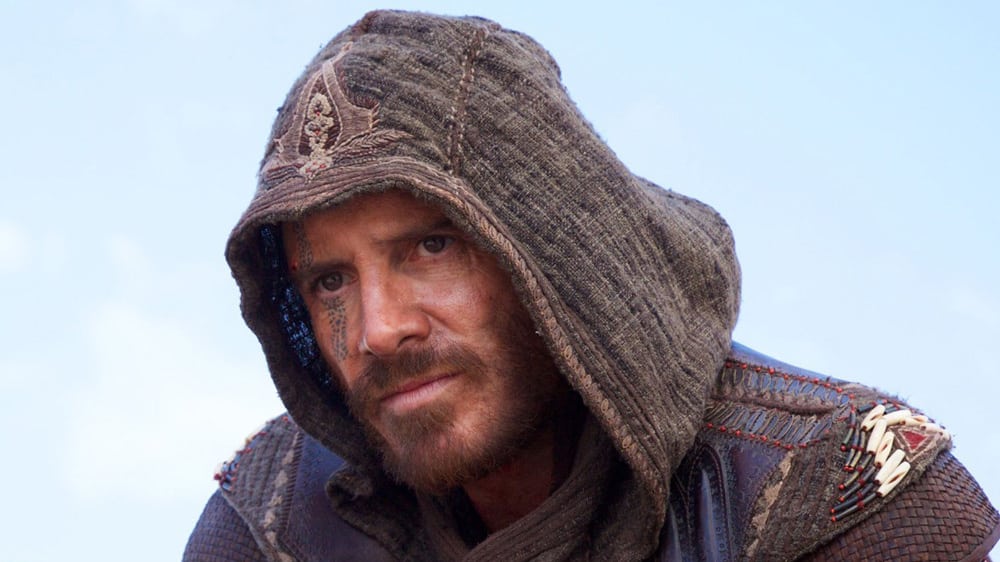 It would seem that the fate of film adaptations of video games is mostly pre-ordained, at least with the critics, and the story of Fox’s live action adaptation of the single most popular video game franchise in the modern day and age, ‘Assassin’s Creed’, was mostly met with the same fate. It tanked with the critics and earned less than what might have been favourable despite several appreciable elements; but yet again, it really is no surprise that this Michael Fassbender starrer is all set for a return with a sequel that is already in the works. Video game adaptations may be tricky and have historically not proven to be a hit with the critics, but there definitely is an audience out there for them, since neither the public consensus nor the collections speak the same story as the critics, indicating another rift between the two, clearly signifying that these outings are clearly meant for fans.

The ‘Warcraft’ movie, currently the highest grossing video game movie adaptation ever, followed by ‘Detective Pikachu’ which also somewhat broke the wheel in terms of critical scores as well, are clearly examples to that cause. However, while it is highly unlikely (as discussed in one of my previous articles) that a ’Warcraft’ sequel would be happening, ‘Assassin’s Creed’ might be finally looking at a different story, seeing as though a sequel was already ordered up before the release of the first film.

The talks and the intended future of the franchise may right now seem dwindling after the lukewarm reception of the film, but what really is the harm in trying again, especially now that Fassbender and Ubisoft have both realized what fundamentally seemed to be the problem with the film. I, for one, could use a respectable trilogy of film adapted from video games, being a huge fan of both forms of media, but sadly enough, poor critical scores that mostly impinge upon the commercial fate of the film have seldom allowed even a second one to take off. Here is hoping that ‘Assassin’s Creed’ can be an exception.

Assassin’s Creed 2 Plot: What can it be about? 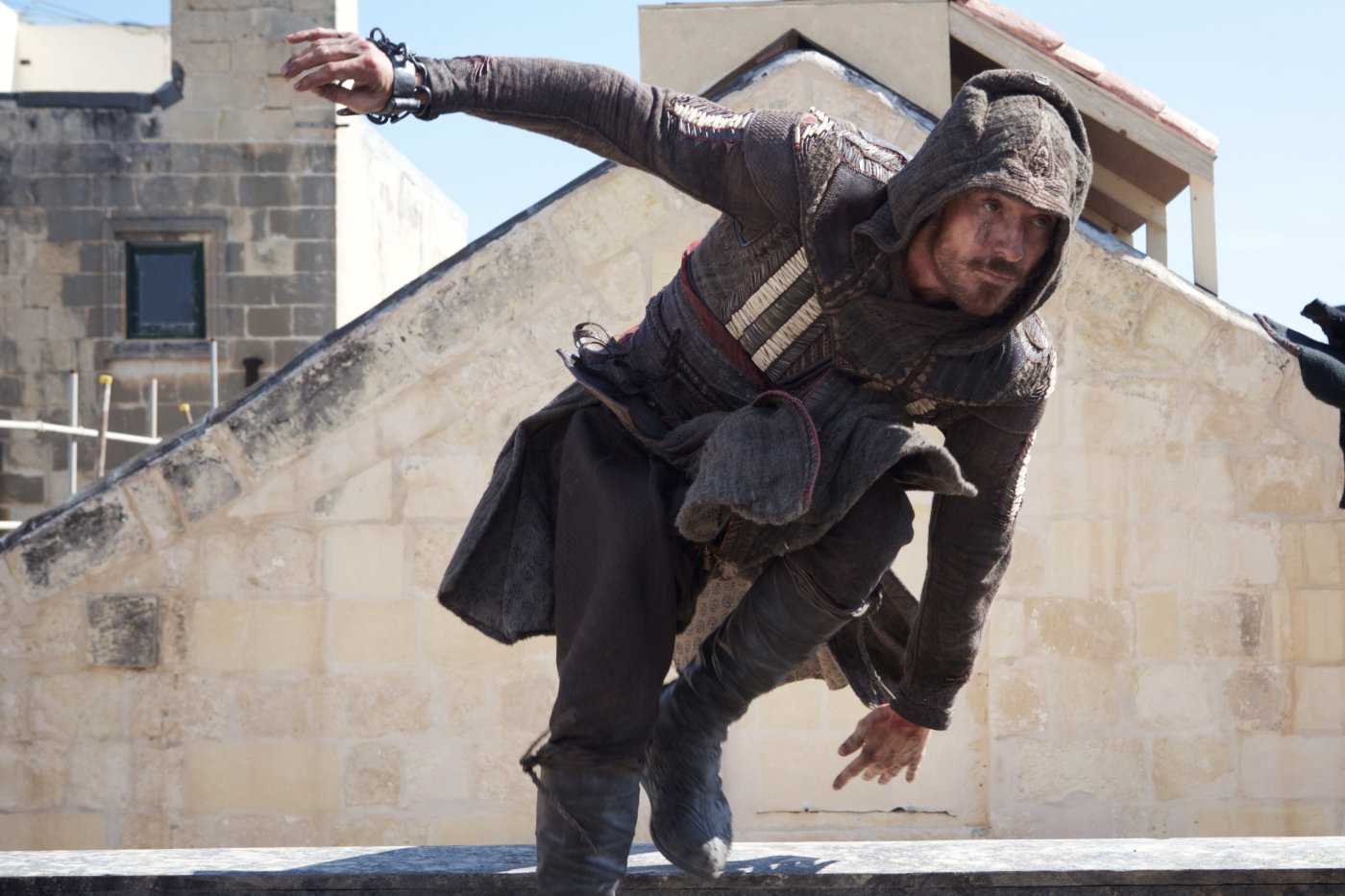 The first ‘Assassin’s Creed’, while borrowing on the original premise of the games, being set in the modern day with the Animus allowing patrons to relive ancestral memories through genetic memory, featured an original plot that involved the Assassins and the Templars during the years of the Spanish Inquisition in the 1400s. It was also set within the same universe as the games, and followed a similar blueprint that dictated that it was the Assassins who actually shaped the history of the world behind the scenes before returning to the shadows, bringing it to where it currently is, including major events (like the betrayal and stabbing of Julius Caesar) in ‘Assassin’s Creed: Origins’. Indubitably so, while I expect the second film, if and when it happens, to follow virtually the same blueprint with a different setting and perhaps a different era foreboding upon a different event in history, there is an immense wealth that the intended sequel could draw on from the video game titles of the immensely popular series.

Once again, one has to consider that there are a lot of variables here. The series has mostly followed the route opposite to that of direct sequels, even if the film might seem to set up one. Seldom have two Assassin’s Creed games been set in the same period or historical setting one after the other, even if they feature a common protagonist. That brings us to the virtually exciting possibilities that an ‘Assassin’s Creed’ movie franchise holds. The same is also teased in the film towards the close of the second act when Cal witnesses projections of his Assassin ancestors, including himself as Aguilar de Nerha, his father Joseph Lynch, his mother, and most notably Arno Dorian, another protagonist within the same universe from ‘Assassin’s Creed: Unity’.

With the first one set during the events of the Spanish Inquisition, the second film could move to a different era featuring primarily the same protagonists in Callum and Sofia. It is tough to go the ‘Origins’ route or the ‘Odyssey’ route, but a ‘Discovery’, ‘Brotherhood’ and ‘Revelations’ route might perfectly be possible featuring Callum as the protagonist along with Sofia and the same Animus team under Abstergo industries headed by Dr. Alan Rikkin. An intended trilogy in this fashion could cap off an entire era during the Italian Renaissance period. Et voila, there you have a whole series panned out for the films to follow! 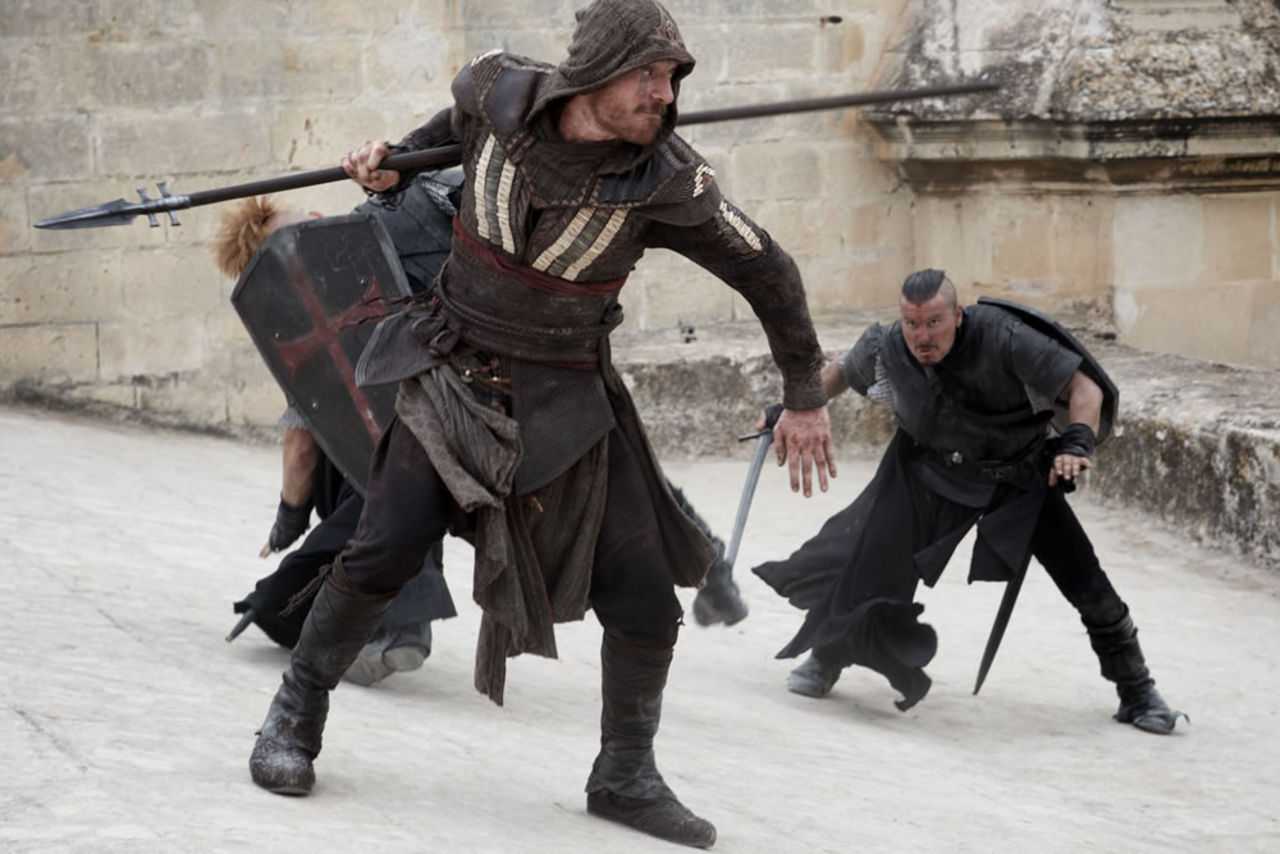 Similar to the first film, and with the introductions to the Animus and the new world, and sadly along with it the sense of wonder and thrill that came along with the first Animus drift, the first kill, and the first “Assassin leap of Faith” that the film only partially captured justly out of the way, the sequel can quickly jump into action into any one of the settings that I described above, and feature other pieces of Eden that have always been at the center of the conflict between the Assassins and the Templars, similar to the Apple of Eden in the first one. I wouldn’t call the pieces of Eden as much as a macguffin, as I would call them plot propellers, but expect the sequel to feature them as well.

If the Italian Renaissance is not really to your taste, things are looking to get interesting since regardless of the current prospects of a sequel, director Justin Kurzel has stated that he would like to feature yet another original premise in the second film if he would be returning. Kurzel has expressed interest in exploring the Cold War setting with the Assassins, and that should be really, really interesting to see, considering that none of the ‘Assassin’s’ games have yet ventured this far into history, with the farthest being the October Revolution in Russia in 1918. Quite a courageous call, I must say. Besides, Fassbender has already influenced fictional history during the Cold War once at the end of the events of ‘X-Men: First Class’. I wouldn’t mind him doing it a second time either.

Assassin’s Creed 2 Cast: Who can be in it? 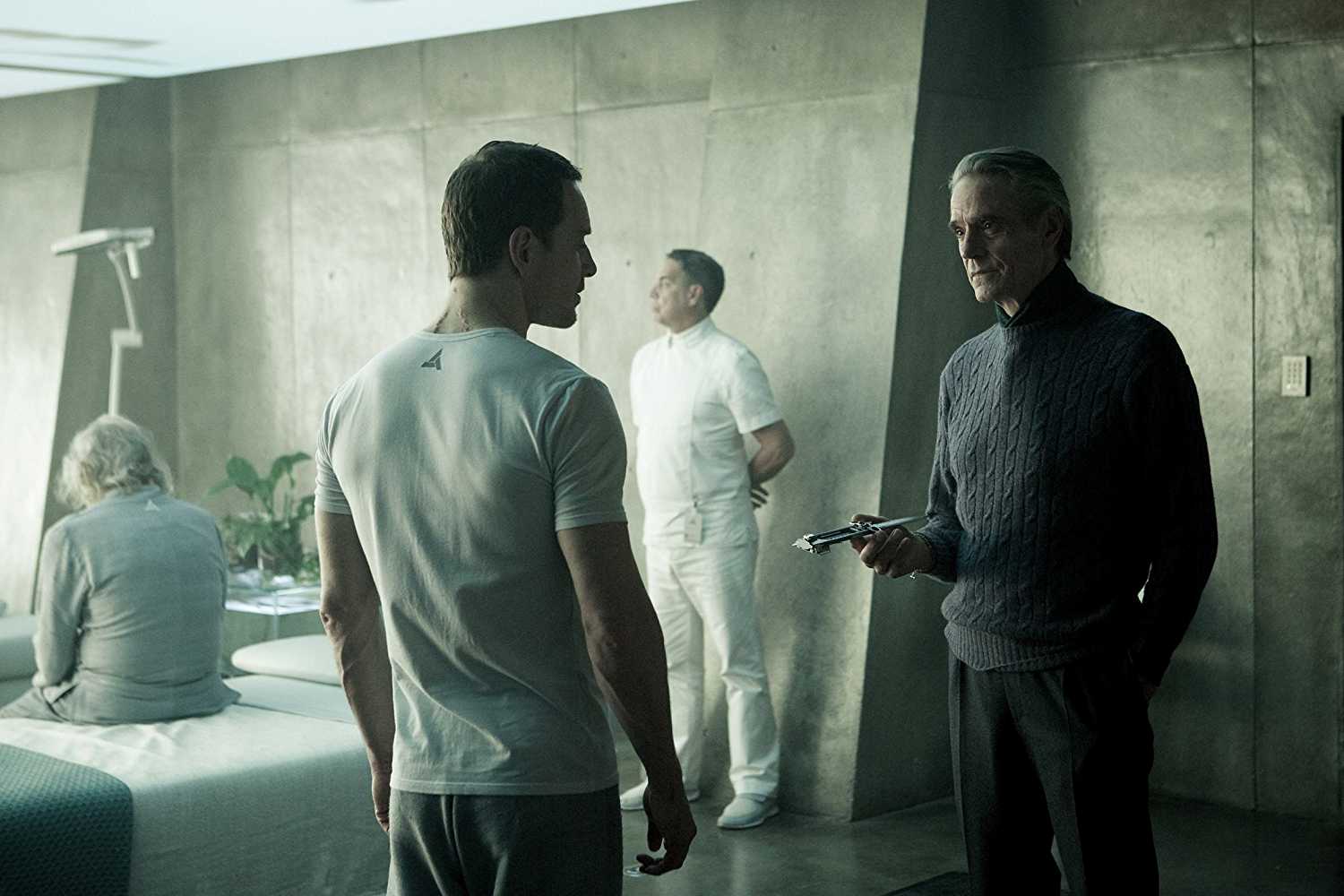 Considering that 20th Century Fox had always envisioned ‘Assassin’s Creed’ to be a franchise, especially given that they confidently began production on a sequel that quietly went hush hush after the fate of the film, it wouldn’t be surprising considering the trio of main actors would have originally signed on for sequels. Of course, their respective agreements would be subject to change, especially now considering that the fate of the ‘Assassin’s Creed’ films is more uncertain than ever now following Fox’s takeover by Disney, the three would still be my best bet when it comes to guessing who would primarily be returning. This is coupled with Michael Fassbender’s interest himself in returning for a sequel. Along similar lines, I expect Marion Cotillard as Dr. Sofia RIkkin to return along with Jeremy Irons as Dr. Alan RIkkin. I am not quite certain about the other actors returning, especially if the sequel would feature a different setting and time period. That is unless they use Animuses too.

Assassin’s Creed 2 Crew: Who can be behind it? 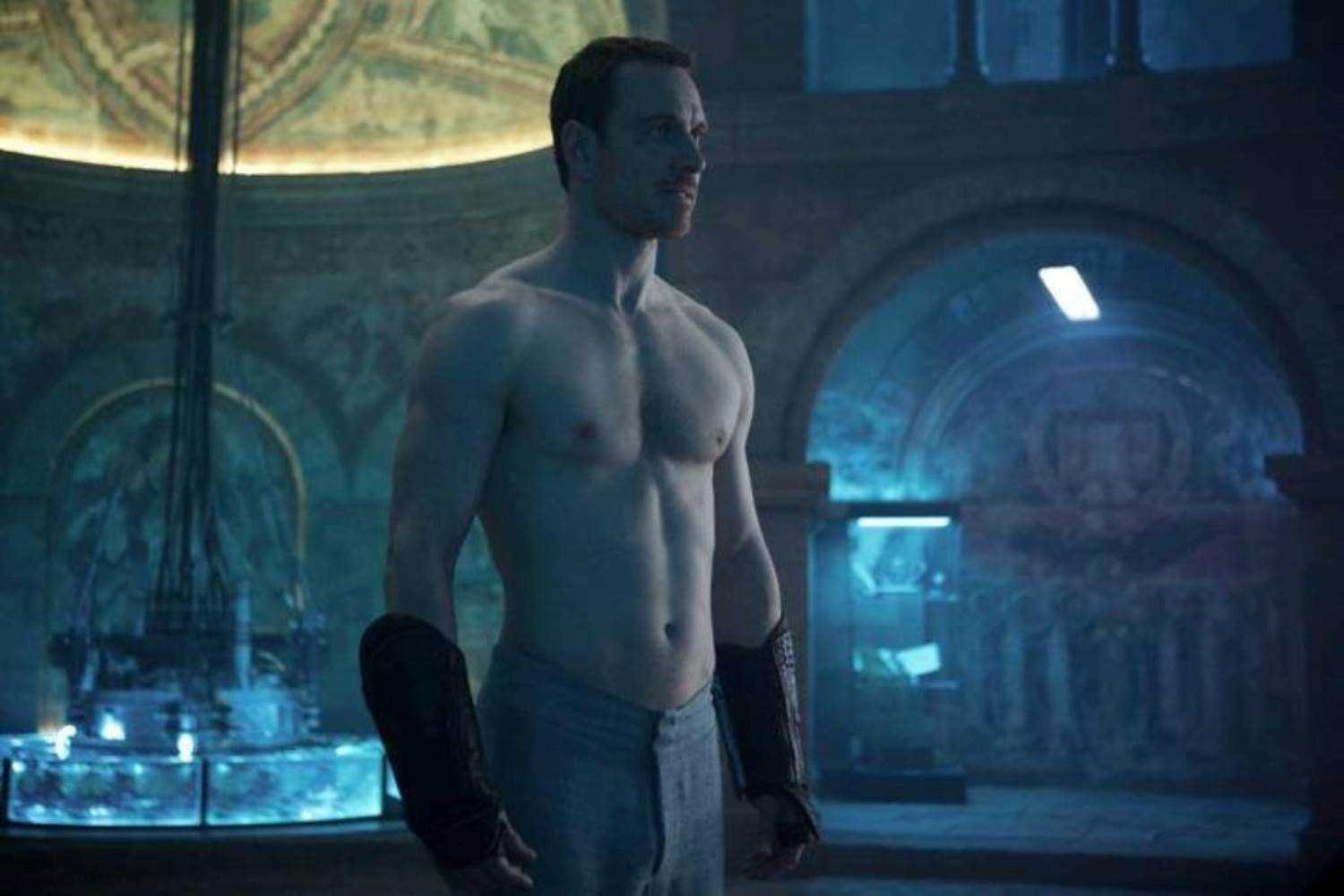 Justin Kurzel, the director of the first one, is the only individual attached to production, who has expressed interest in returning for a potential sequel, including developing ideas for it. There is perhaps no politer way to say this but the future of the Assassins films hangs in the balance, now more than ever after the merger and with no apparent announcements from Disney on what they wish to do with the franchise, the balance seems to be tipping over to the negating side increasingly. Even before the merger, after the critical derailment of the first, both Fox and the developers at Ubisoft have stayed increasingly hush hush about the prospects of a sequel. However, we choose to stay hopeful with this and will update this section as soon as any news is revealed.

Assassin’s Creed 2 Release Date: When can it premiere?

Completely and unequivocally dependent on Disney for now, even if the parent production company New Regency pictures are somewhat interested in a sequel, unless they decide to go with a different distributor, something that could also possibly open doors for an R-Rated Assassins film, just as they should be. All said and done, considering everything goes smoothly and that the sequel does get made, I am pinning my hopes on Assassin’s Creed 2 releasing in 2022, six years since the first one.