Will There be a Between Two Ferns Movie Sequel? 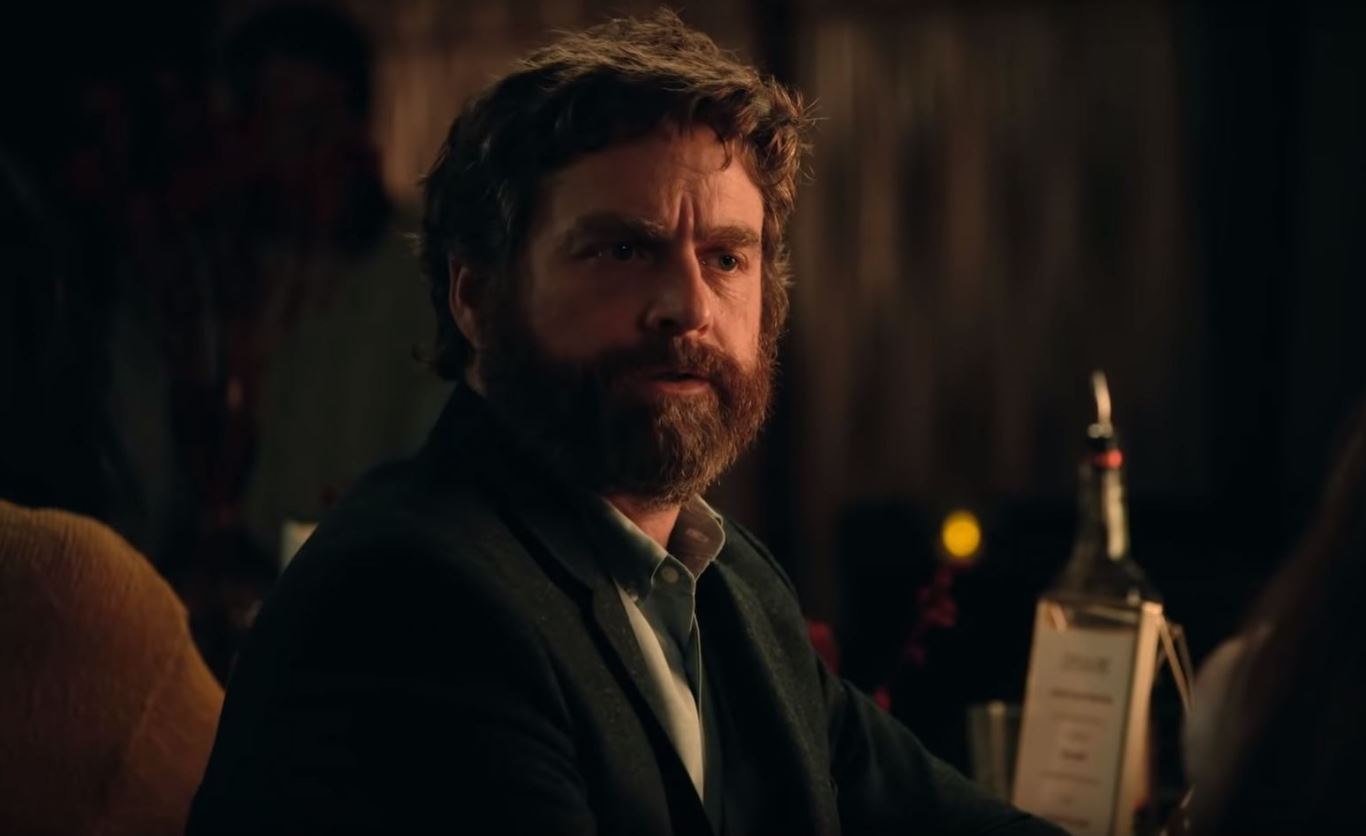 ‘Between Two Ferns: The Movie’ is a recent addition to Netflix’s growing roster of comedy movies. Directed by Scott Aukerman, the movie is based on the series ‘Between Two Ferns with Zach Galifianakis‘, which Aukerman has also co-created. The movie is somewhat of a version of the series itself, so you need to know what the series is about. Firstly, it airs on Funny or Die, Will Ferrell’s network. The series shows different interviews that Zach Galifianakis conducts. He sits across from celebrities and asks them pointed questions, specifically intended to make them uncomfortable. Moreover, Zach does not hesitate while bringing up their personal lives and making fun of their careers.

Naturally, all of this might seem a little mean-spirited. However, Zach has made it clear that he does not plan to prank any of the celebrities and they are all in on the joke. But it does not mitigate the awkwardness that is accentuated by the show’s old school graphics and the fact that the interviewer and interviewee actually sit between two ferns.

The movie also shows similar interviews which are woven together by a broader tale. Naturally, now you must be wondering if Netflix will greenlight a sequel since the movie is bound to be popular. We are here to tell you everything we know about the sequel to ‘Between Two Ferns: The Movie’.

Between Two Ferns 2 Plot: What We Know So Far?

Before we get to the sequel of ‘Between Two Ferns: The Movie’ you must be acquainted with what happens in the movie itself. In brief, Zach Galifianakis seems to be making a film on the show titled ‘Behind the Ferns’, which is supposed to acquaint viewers with the crew and what goes on behind the struggling series. We meet Zach’s crew members, most of whom seem to dislike him, except for Carol, who Zach says, gets him. Zach botches up an interview with Matthew McConaughey, when the studio floods due to a leaking pipe, nearly drowning McConaughey. Naturally, Ferrell, who makes money off of Zach’s show on Funny or Die (in a meta-reference), is not pleased and gives Zach two weeks to conduct 10 celebrity interviews, if he wants his own show on a major network. Thus begins a road comedy where we see several celebrity interviews.

Finally, Zach heads to Los Angeles to deliver the tapes to Ferrell. He gets his own show in Hollywood, but it requires him to be a more restrained host. His crew members consider him to be a sellout, for pretending to be someone he is not. Displeased at not being able to remain the old unrestrained host, Zach decides to go back with his team to the old studio and keep making the old show with the crew members he considers to be his friends.

So what will the sequel of ‘Between Two Ferns: The Movie’ be about? To be honest, when Zach gets his major network show, titled ‘Ferns with Zach Galifianakis’, it felt like the sequel might take off with Zach in a new life, trying to reconcile him being an anti-talk show host on a Hollywood talk show. However, since the movie sees Zach quitting his post to go back to the old show with his friends, we are sure that the sequel will see Zach in his full glory, not refraining from asking all kinds of pointed questions to the celebrities.

Much like the first movie, the sequel might also be centered around a series of interviews, with a broader story connecting them. Now that Zach is closer to his crew, considering them as friends, maybe the sequel will focus on how their lives and interactions play out, while also showing the interviews with celebrities that it is most famous for. Perhaps, the sequel might see Zach a little less attached to his two ferns, now that he has come to realize that there is more to his show than the plants. Overall, we can be certain that we will see the same old Zach bringing us the laughs, as we embark on another adventure with him. The sequel will certainly champion the same critique of Hollywood, talk shows and celebrity culture that the movie and the series it is based on so boldly upholds.

Between Two Ferns 2 Cast: Who Is Going To Be In It?

Coming to the cast of the sequel of ‘Between Two Ferns: The Movie’, one thing is for certain. Zach Galifianakis will be returning as the ineffable host of the show, prepared to ask all sorts of uncomfortable questions once again. He will be accompanied by Cam, the camera guy, and Carol. Ryan Gaul appears as Cam, while Lauren Lapkus plays Carol. In all likelihood, Will Ferrell will also appear representing Funny or Die, where Zach’s show is extremely popular.

As for the rest of the cast, you can be sure that it will be made up of celebrities. ‘Between Two Ferns: The Movie’ has the likes of Brie Larson, Benedict Cumberbatch, and Keanu Reeves. Zach does not hesitate in being hostile to them while making fun. We can expect the same mix of hostility and humor as Zach hosts a whole new roster of celebrities in the sequel. They do not all have to be Hollywood personalities, since Zach has also interviewed the likes of Barack Obama (the then-president) and Hillary Clinton, during her presidential run. Therefore, we have to wait and see the celebrities that the sequel has in store.

Between Two Ferns 2 Crew: Who Is Behind It?

‘Between Two Ferns: The Movie’ is directed by Scott Aukerman, the co-creator of the series that the film is based on. Thus, if there is a sequel, one can be sure that Aukerman will be returning as the director. Notably, Aukerman stated that he was inspired by mockumentaries like ‘This is Spinal Tap’ and ‘Borat’ while making ‘Between Two Ferns: The Movie’. Zach Galifianakis will definitely be teaming up with him again, in order to write the script of the movie. Benjamin Kasulke is the cinematographer for the movie and he might be returning for the sequel as well. Funny or Die, where the series airs, has produced the movie for Netflix and they will be looking to capitalize on the popularity and produce the sequel as well.

Between Two Ferns 2 Release Date: When Will It Premiere?

‘Between Two Ferns: The Movie’ was released only recently on Netflix. A sequel has not been greenlit yet, and it will be some time before Netflix gauges the popularity of the movie before it decides to make a sequel. Following Netflix’s approval, it will again take some time to contact celebrities and get them to shoot a sequel, which leads us to believe that the earliest we can see the sequel to ‘Between Two Ferns: The Movie’ will be sometime in 2021. But there is a good chance it will get made since a lot of celebrities have expressed interest to be on the original show, which is a mark of its rising popularity.

The sequel to ‘Between Two Ferns: The Movie’ obviously does not have a trailer yet. However, you can check out the trailer for the first movie: