Everything We Know About Captain Marvel Sequel

Carol Danvers aka Captain Marvel has brought a lot of variety into the Marvel Cinematic Universe. She debuted in her solo film a few months before ‘Avengers: Endgame’ that minted over a billion dollars at the box office. She’s one of the most powerful beings in the MCU, has a cool personality and is quite popular. So it was always safe to presume that Marvel will give her another solo film to shine. And they did just that!

At the recently concluded San Diego Comic-con, Marvel boss Kevin Feige surprised fans big time. He confirmed many exciting projects, introduced diverse casts and also announced surprise projects that the fans were not exactly expecting. But right at the end he also let few things known about the projects that are in the pipeline. He confirmed that ‘Black Panther 2‘ is in the works and so is ‘Guardians of the Galaxy Vol 3‘. He also confirmed that there will also be a ‘Captain Marvel 2’ in a not so distant future.

The announcement of ‘Captain Marvel 2’ was received with a loud cheer. Carol Danvers will return in a post-Thanos universe that is still learning to live with the consequences of the decimation. After the end of Thanos, there will be someone bigger and more menacing rising to threaten the universe. In a way, she can and will be the face of Marvel’s phase 4.

What We Know About Captain Marvel so Far?

Carol Danvers was introduced in the first ‘Captain Marvel‘ movie that released on 8th March 2019. The film was set in the 90s and we got to know about US fighter plane pilot Carol Danvers. She remembered her past only in figments and some of them appeared as dreams. She was under the training of the Kree Empire but an incident related to Earth changed everything. In order to track fugitive Skrulls, she crash-landed on Earth. With the help of Nick Fury from S.H.I.E.L.D, she uncovers her origin and the truth about her dreams.

She meets her co-pilot cum best friend Maria Rambeau and her daughter Monica and all of them come together to solve the mystery. It turns out that Krees were manipulating her and using her powers by keeping her origin a secret to her. In the course of the film, she reaches the ultimate wisdom about herself and earns her true power. She defeats the Kree army and helps the Skrulls to find a new home. In every way possible, this was an origin story, a way to introduce her to MCU canon. The events that transpire in the film also shapes the way we know MCU of today. For example, we know how the name ‘Avengers Initiative’ came into being from the film and also how Nick Fury lost his one eye.

More than anything, the film explored the identity of Carol Danvers and how she became Captain Marvel. Naturally, the events of the first film had many a great consequence in the events that occurred later in the MCU. It all culminated in ‘Avengers Endgame‘ that released around 50 days after the film. Carol Danvers’ presence is finally known to Earthbound heroes as Nick Fury finally realized that the situation was grave enough to call Captain Marvel. She brings back Tony and Nebula from space. She then has the coolest entry right when in the final battle Avengers were facing the wrath of Thanos’ spaceship. Captain Marvel also protected Peter Parker, carried the gauntlet and was the only hero other than Wanda Maximoff who came close to killing Thanos.

Her fight with Thanos was one for the ages. She got the better of Thanos and was about to break the infinity gauntlet off his hand but Thanos used the power stone to land the ultimate punch on her. With a heavy sacrifice, the heroes finally won and we see Carol besides Nick Fury during Tony Stark’s funeral in the final scene.

Where is Captain Marvel?

The immediate question after this would be about Captain Marvel’s whereabouts. She probably went back to space fighting evils throughout intergalactic missions. This indeed is confirmed in ‘Spider-Man: Far From Home‘ that released recently. Peter Parker in a moment of crisis asks Nick Fury to inform Captain Marvel about a certain emergency. Since everyone including Spider-Man saw what Captain Marvel is capable of, she becomes a pretty straightforward answer to any threat. But the way Marvel Cinematic Universe has so far treated her is interesting.

She’s a by far the strongest superhero in the MCU canon. Her presence makes the battle between good and evil pretty mundane unless the stakes are too high. In ‘Avengers: Endgame’, she appears in the fight right at the end. She lands some heavy punches on Thanos and was about to win the battle under a few minutes. A battle that the collective efforts of all the Avengers couldn’t save. Both times. So she tilts the chances towards the good guys overwhelmingly. That’s why Marvel has always shown her as busy fighting for countless other planets. Which, given the power she possesses, is justified. She seems to embody the fact that ‘with great power comes great responsibility’. But as fans, we can’t wait for another solo Captain Marvel movie.

Captain Marvel 2 Plot. What Could it be About?

‘Captain Marvel 2’ has been announced by Disney but that doesn’t mean it will be part of phase 4 of MCU. With such a large amount of time left, there’s no concrete plot for the movie yet. But hear me out. We have known that another show that was announced at SDCC may have some connections to ‘Captain Marvel 2’. ‘WandaVision‘ that will premiere on Disney+ in spring 2021 will have a grown-up Monica Rambeau. Monica is the daughter of Carol’s best friend and co-pilot Maria Rambeau (Lashana Lynch). Her presence in a series that will be about the exploration of powers and finding identities give us a lot of reasons to believe that she will feature in ‘Captain Marvel 2’ too. More so because in the comics, Monica becomes the second Captain Marvel. She achieves cosmic powers after a freak accident involving a weapon of energy disruption. The sequel can be a way to introduce another new character in the MCU.

But if we go by Brie Larson‘s wish then Kamala Khan is also a likely bet. In comics, Kamala Khan is a Pakistani-American girl who becomes Ms. Marvel. Kamala Khan is currently headlining the Captain Marvel identity in comics so to have her in the films along with Larson will be amazing. 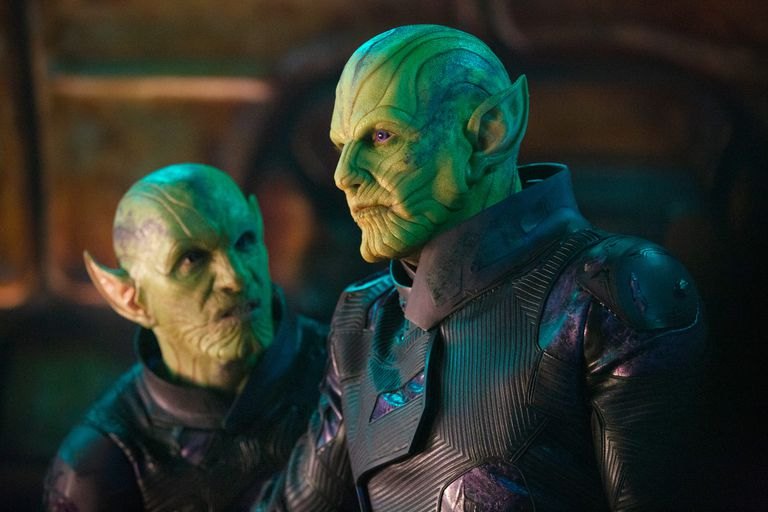 Another rumor with a considerable buzz around it is the introduction of Michael Korvac. Some sources are terming Korvac as the next villain for Captain Marvel. He may appear as unrecognizable but his story is pretty amazing. Korvac is kind of a half-human and half-supercomputer. He has a long and complicated history in an alternate Earth before coming into contact with the main narrative of Marvel comics. He is huge and is supremely intelligent. He’s basically a supercomputer and after absorbing energy has the ability to manipulate matter, time and space. Oh, he can teleport too! But it gets more interesting when he acquires The Power Cosmic. It gives him powers of cosmic being and makes him feel like a God. His brush with Captain Marvel with The Power Cosmic will surely be amazing to watch. Korvac is a likely candidate also because he has had a lot of history with Galactus, who is being projected as the next big bad villain of MCU after Thanos.

Since the first film was set in the 1990s, a time jump to the post-Thanos world is up for discussion. It can definitely follow events after ‘Endgame’ or it can choose to stay in the past like ‘Wonder Woman 1984’. Incidents related to Skrulls can also be looked at as we still have hope for the betrayal of Skrulls, leading to ‘Secret Invasion’.

Captain Marvel 2 Cast: Who’s Going to be in it? 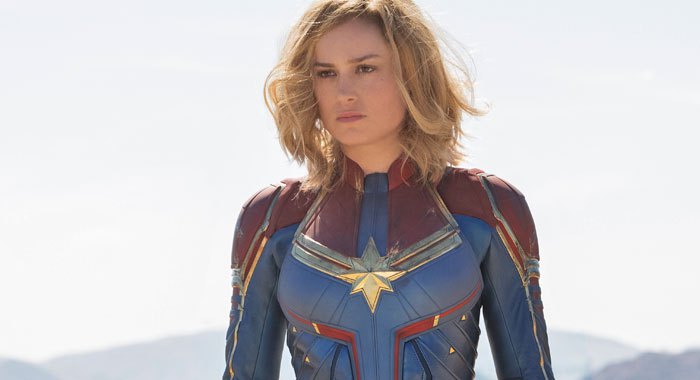 For starters, Brie Larson is definitely coming back to reprise the fan-favorite role of Captain Marvel. Considering the talks of Lashana Lynch donning the next bond suit, Marvel won’t want to let her go so soon. A grown-up Monica Rambeau will be there but the actor is not decided yet. Samuel L. Jackson should be back as well as Nick Fury because the chemistry between him and Carol Danvers was one of the highlights of the first film. If we talk about the post-credit scene of ‘Spider-Man: Far From Home’, then there’s a big chance that Nick Fury is going to meet Captain Marvel soon in space.

Captain Marvel 2 Release Date: When Will it Come Out?

Well, Captain Marvel 2 definitely isn’t among the Marvel short term plans, so it will not release at least till 2022. Now, Marvel has three release dates in 2022 — Feb. 18, 2022, May 6, 2022 and July 29, 2022 — that don’t have any movies scheduled. My guess is that one of them can certainly be for ‘Captain Marvel 2’. But since it’s way too early to even talk about it, let’s just hope that Marvel gets the casting and script right and starts shooting as soon as possible.