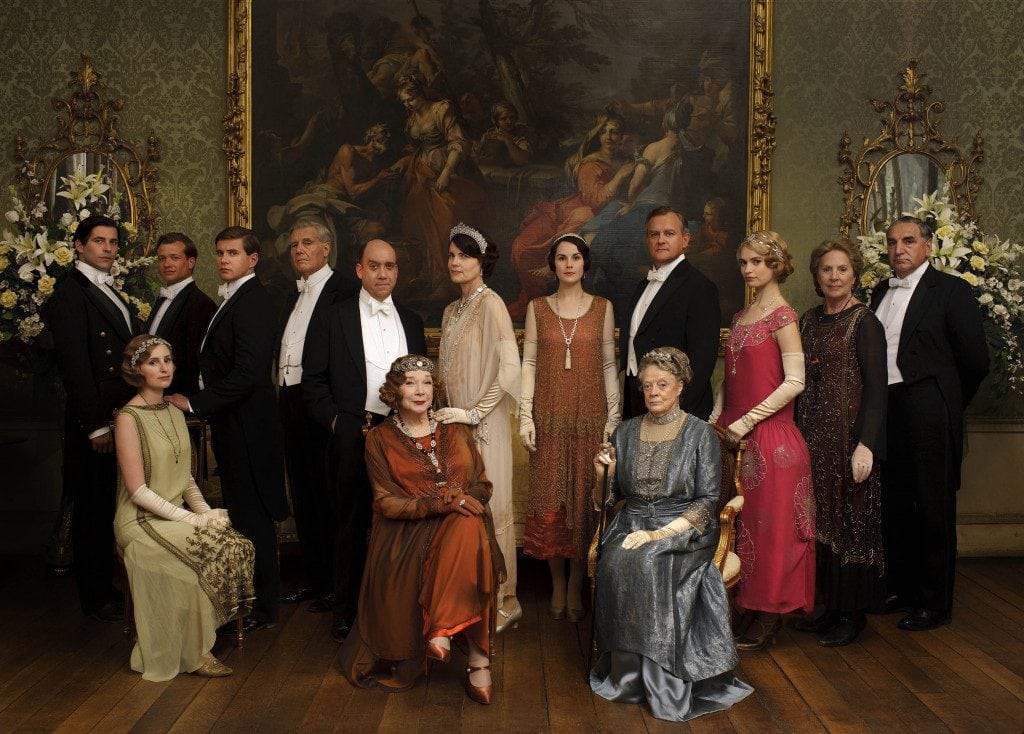 One of the most famous TV shows in recent times is getting its own movie and fans cannot be excited more. It is easily predictable that if the movie works out, we can get to see other sequels being made. But it must be said that it is an exciting time for fans. Even Breaking Bad will be getting its new movie and we shall see how Jesse Pinkman’s life has turned out after the incidents of the series. Julian Fellowes was the creator of the popular series ‘Downton Abbey‘ which premiered in 2010, and it is he who has come up with the screenplay of the new movie.

Focus Features and Universal Pictures International have already been roped in to release the film. Interestingly, a film continuation of the plot was reported to have been under the works as early as 2016. However, the director who had major contributions to the series, Brian Percival, will not be the director of the movie despite being given the job. Percival will now function as the executive producer of the movie with Michael Engler having replaced him for the directorial role. Engler has the experience of directing four episodes of the tv series.

Downton Abbey Movie Cast: Who is in it?

Many major characters from the show will find a place in the movie. Actors like Hugh Bonneville, Laura Carmichael, Jim Carter, Raquel Cassidy, and various others will be reprising their characters from the series.  Imelda Staunton, Geraldine James, Tuppence Middleton, Simon Jones, David Haig, Kate Phillips, and Stephen Campbell are the newcomers who will find themselves inside the Downton Abbey universe in the movie.  Lily James has however announced that her character, Lady Rose MacClare, will not be returning in the new movie.

Joanne Froggatt, who played the role of Anna Bates in the series seems pretty excited with the fact that her character has found a place in the movie. Regarding her character, she recently said, “Anna is in a really good place. She and Mr. Bates have a baby boy, now 18 months old. She is passionate about helping Lady Mary with the running of Downton, about keeping the legacy going”. Another important member of the cast who shall be reprising her character is Maggie Smith in the role of Violet Crawley, Dowager Countess of Grantham. Notable, Smith was earlier not that enthusiastic about a movie adaptation being made of the series as she believed that doing so would be “squeezing it dry”. We shall find out whether her theory holds only after the movie hits the screens.

Downton Abbey Movie Plot: What is it about?

Details about the plot of the movie are scarce, but from the reports that we can gather, it has been said that the events of the movie kick off around 18 months after where we had left them in the series finale of Season Six. Regarding the storyline, director Michael Engler has said, “The storyline has expanded the scale of it. It takes the things you love about Downton – the romance, the intrigue, the pageantry – and makes it bigger.” He further added that an event of great magnitude will occur at Downton Abbey which will see some of the major characters converging back at the great estate. Many members of the production have admitted that they had thought it would be a difficult task for the filmmaker to deal with so many characters in the space of a single movie. Allen Leech, who portrays the character Tom Branson says that what he found unique about the movie is how cleverly the screenplay had been written to bring all the characters together to form a story involving all of them.

To take a guess at what will be happening in the movie, it is important to recapitulate what happened in the last episode of the sixth season. The series ended on what can be called a happy note, with the characters Edith and Bertie getting married. Then we also saw Henry and Tom start a car business together as Carson’s health prevents him from continuing his work as a butler. And as we have been made aware, the plot of the movie will pick off from here.

The movie is scheduled to release on September 13, 2019, in the United Kingdom. It will have its North America release just a week after, on September 20, 2019.