History is filled with stories. In its essence, it is just a humungous collection of an unfathomable number of tales that have accumulated over the years in different type of things- ranging from paper to stone, passing down in the form of word of mouth or literary epics. There are a number of ways to learn history, but the most entertaining of them is through watching History Channel. From stories about warrior seafarers to the magic of modern architecture, there is nothing that this channel doesn’t cover.

Be it a series that finds its roots in verified facts, or a show that indulges the conspiracy theorist inside you, History Channel has every means to keep your interest hooked to it. For a long time, it had focused its efforts entirely on documentaries. But in 2013, it came up with its first original series, ‘Vikings’, to mainstream its content in a more efficient way. It has broadened its horizons with every passing year and continues to experiment with the content that it can present to its audience. It comes up with marginally less content than any other entertainment channel, but what it lacks in quantity, it makes up in quality. The following list proves that. If you are a history maniac or an amateur who doesn’t know where to begin their journey of knowledge from, here is the list of the upcoming new shows coming out on History TV channel in 2019 and 2020. We can only hope that these latest History Channel shows are as good as some of the recent series it produced. 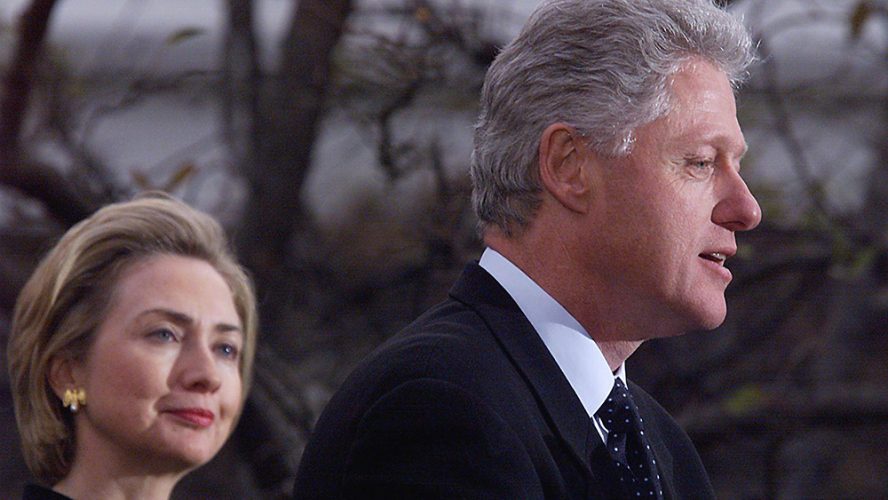 The seat of a President (or a Prime Minister, in some cases) is the seat of immense, if not absolute, power and influence. The President of the United States of America is one of the most powerful offices in the world, considering how up the ladder the country is in world politics. In its history of almost two-and-a-half centuries, America has been helmed by a wide variety of men who enjoyed the power of being a President. (And you thought Oscars, with a history of not even a hundred years, are unfair to women!) While some presidents have served their terms with relative ease, there was a handful of the ones that found themselves face to face with some of the most monumental decisions for the country. ‘The Commanders’ will focus on the terms of these men.

The anthology series will take its pick for a season, and focus on one event that changed the course of everything and how it was handled by the then-President. The first series was supposed to focus on the term of Bill Clinton, however, due to the lack of proper casting, and some other issues, the idea was dropped. But that was just one President. There were forty-one before and that sources ample material for the series. Who will become the topic for the maiden season is yet to be known! But there is one thing you can be sure of- you’ll get one hell of a history lesson. 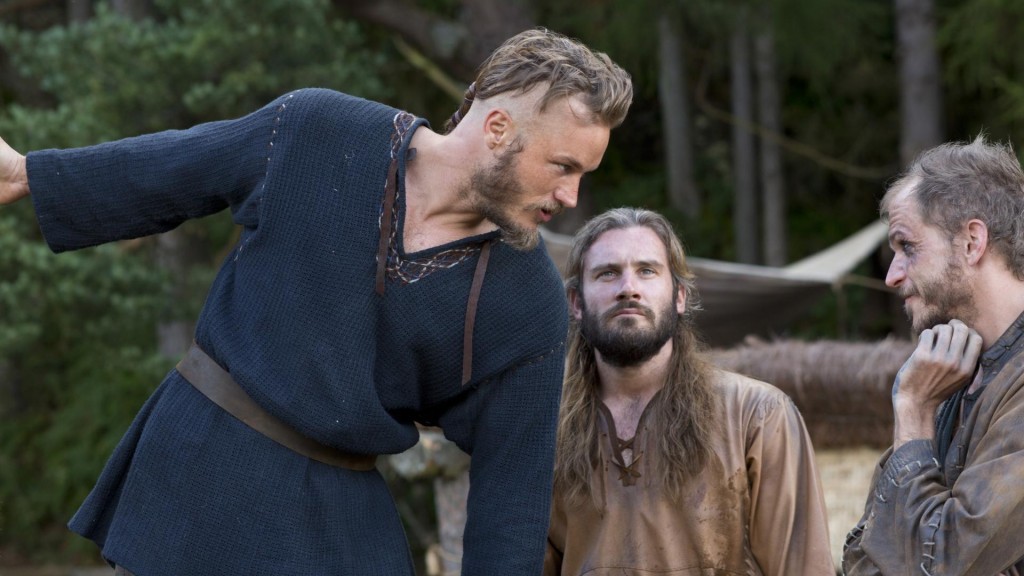 There are only two ways in which you can get your name written in History books. Either you are the hero that saved the world or the villain who destroyed it. Anywhere in between, and you’ll be forgotten. History only remembers heroes or anti-heroes, sidekicks are often forgotten. (I feel like I should put a disclaimer here! I’m not inciting you to take a bad or reckless road to become a historical figure. This is just something that seemed to do justice to the introduction of this upcoming series.)

The last time Travis Fimmel worked in collaboration with History Channel, he delivered a captivating portrayal of the Viking warlord, Ragnar Lothbrok. Now the actor is reteaming with the channel to bring a new set of stories on screen. This series will focus on the stories of some of the most iconic anti-heroes in history. If characters like Loki and Joker attract you, then I can’t imagine how magnetic this will be for you! Fimmel conceptualised the series and has come up with the first instalment that will focus on the story of the infamous Wyatt Earp. While the rest of the cast is yet to be finalised, Fimmel is set to play the lead role. Being a man of law while gaining notoriety for his misadventures is what made Wyatt a person of interest. His legend was further mystified when it was revealed that he never once got wounded in the many brawls and gunfights that he had indulged himself in over the course of his long life, while the people around him fell like flies. 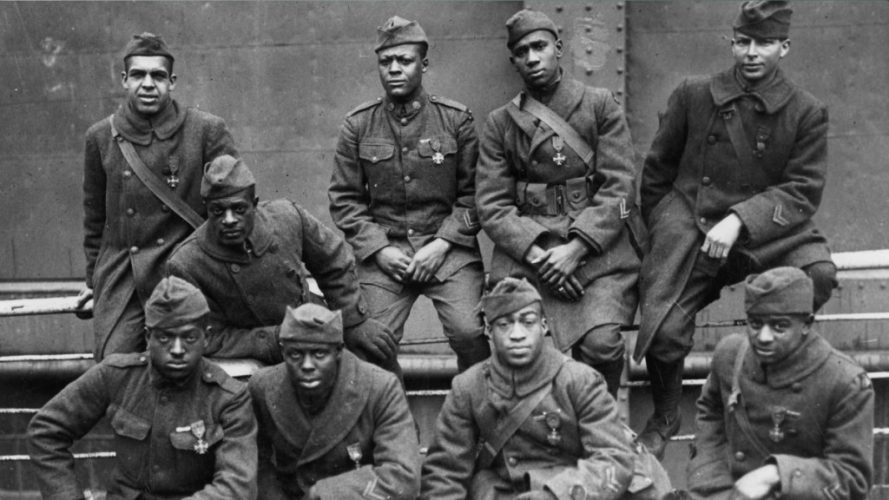 The World Wars have been the source of many films and TV series. In such difficult times, one would imagine that the citizens of any country would find a heart to set aside their differences with their fellow countrymen and join arms to fight for their motherland. However, it seems that it takes a lot more to shake off people’s prejudice than the threat of war. If you have seen American movies about the World Wars and wondered why there are so few films with African-American protagonists, then you’ll find your answer in the fact that racism was still pretty prevalent. Even so much that if they wanted to participate in the War, then they had to enlist in the French or Canadian armies.

The African-Americans had seen the wars as the opportunity to prove their worth for the country and had expected the resentment of their white compatriots to mellow after they’d have served together in the army. But no such thing happened. Even when they returned as decorated war heroes, there was no difference in the attitude of people towards them. ‘Harlem Hellfighters’ will focus on this struggle, while telling the story of the regiment that spent more time on the front than any other regiment, and also the one that suffered the most losses. The show will walk you through the situations before it was established, the events that led to the formation of this regiment and the aftermath of the wars and how things differed for the soldiers. 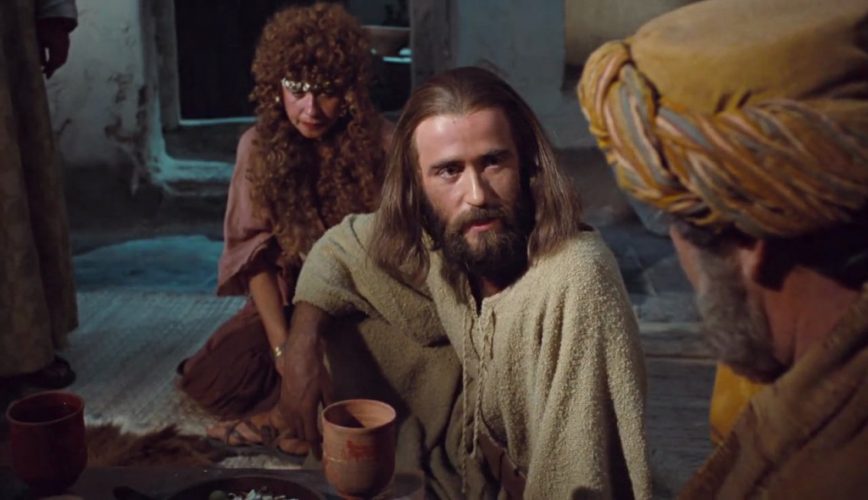 Any topic related to religion can be expected to attract controversy seeded by the disagreement of people. Whether or not you are a follower of Christianity, whether or not you believe in God (of any kind), there is one thing that you simply can’t dispute- Jesus Christ remains one of the most influential figures in history. In the past two thousand years, a great many stories have come out about him. We will never get to know the reality of him, even when it is considered that he was an actual historical figure. A story never remains the same once it moves farther from its source. In Jesus’ case, this fact has proven its relevance in an incontestable measure. Did Jesus walk on water? Did he turn water to wine? Did he rise from the dead? People’s faith differs according to the story that they choose to believe. Once the arguments start there’ll be no end to it.

Whether it is true or not, it is still a story. And that means that it will be retold, no matter how many glitches or with what level of tampering. It’s still history, and History Channel is doing its job by bringing this limited series to you. Jesus’s story has been told countless times before, but not like this. In its eight episodes, ‘Jesus: His Life’ will offer the perspective of the eight most important figures in the Messiah’s life. Each episode will tell the story from the point of view of these characters, describing how they impacted Jesus’ life and how he influenced theirs. The description of the episodes suggests the following characters will take centre stage, one after another: Joseph, John the Baptist, Mary Mother of Jesus, Caiaphas, Judas Iscariot, Pontius Pilate, Mary Magdalene and Peter. If there is one way to acquaint yourself with the story, it is to watch this show. 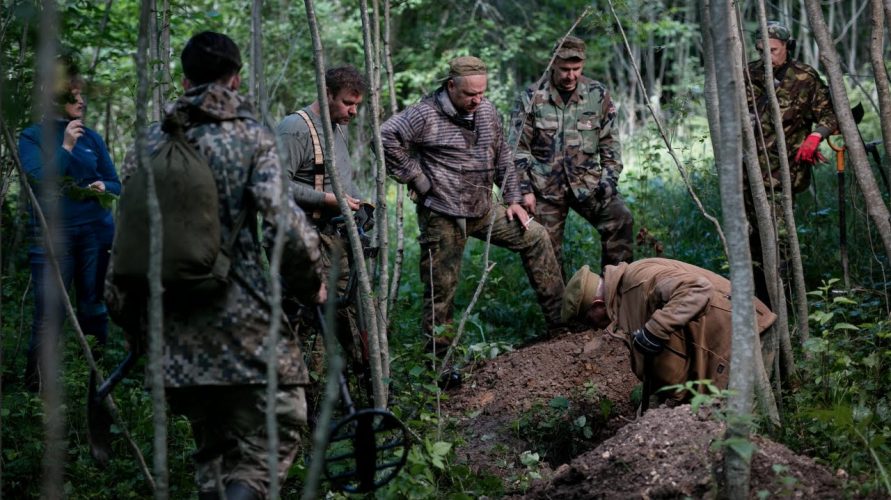 The Second World War was one of the most impactful events in the history of the world. it has become the source of all kinds of tales- of bravery and cowardice, of death and survival, of mass murders and unbelievable rescues. A lot of things happen during wartime. No matter who endures by the end, both sides suffer massive losses and the future is changed forever. It is the time when we see selflessness and bravery in their purest forms, it is also the time when the greed of the man reaches its peak. This greed gives way to the most common aspects of war (other than death, that is)- plunder. The one who succeeds in securing the most loot needs just survive the war in order to be a rich man in the new world. Money and valuables are also necessary for sustaining a war and that’s why when the place of someone in the high ranks of the army is raided, it is expected to be a treasure trove. While most treasures were found and ransacked, there are rumours of the ones far richer than others, the ones that were never found and are considered lost. You must have heard of the infamous Nazi gold, or the Amber Room or the Awa Maru.

Yamashita’s gold is one of those treasures, something that is said to be flushed beyond imagination, and something that still remains a mystery. Many people have tried to locate it, and none have succeeded. It is said that the Japanese had collected a treasure that was supposed to fund the war. However, before they could utilize it, the war was over. And so, the Japanese officials hid that treasure in the caves and tunnels of Philippines. This series employs the help of a man who claims to know some intimate things about this loot in order to locate the treasure, once and for all.