Everything We Know About Hobbs & Shaw Sequel 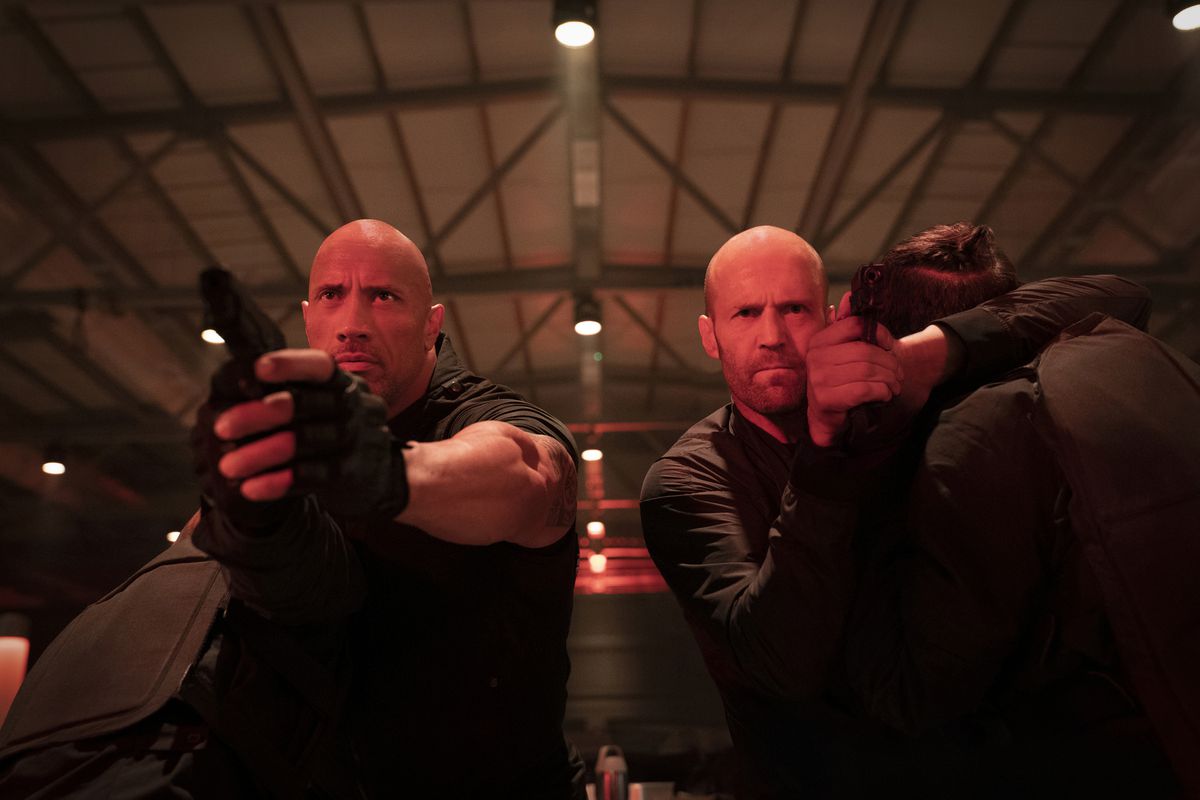 ‘Fast & Furious Presents: Hobbs & Shaw’ is the first spinoff of the ‘Fast & Furious‘ franchise, and teams up two of its coolest characters- DSS agent Luke Hobbs and Deckard Shaw, former British military man turned mercenary. The two have shared screen space in the earlier movies of the franchise, specifically ‘Furious 7’and ‘The Fate of the Furious’. They get to continue their bromance in this film which premiered on August 2, 2019.

As the franchise has developed, the characters have transformed from street racers to heroes who save the world, so ‘Hobbs & Shaw’ gives us the next logical leap and turns its primary characters into heroes who have to step up, not just to save the world, but also to take on a supervillain and the shady organization backing him. There is less of vehicular warfare and more of actual warfare in this movie, even going to the extent of depicting an epic battle scene. However, ‘Fast & Furious‘ franchise fans will not be disappointed as there are some incredible vehicular chases and one striking sequence where trucks are used to bring down a helicopter.

While the first movie does not waste much time to throw us into high-octane action, we are sure that ‘Hobbs & Shaw 2’ will only escalate the entire situation. By the time ‘Hobbs & Shaw’ is over, we are in no doubt that Hobbs and the Shaws (we must acknowledge the sister’s vital role) make a pretty good team. A couple of interesting characters are also thrown into the mix, who will surely play major roles when ‘Hobbs & Shaw’ gets developed into a spinoff franchise of its own. However, the most important fact is that we are introduced to a big bad villain that has finally reared its ugly head, and it will be up to this team to slay it in the future movies.

‘Hobbs & Shaw’ introduces us to a deadly virus called Snowflake which can melt a person’s internal organs and is capable of destroying the world. This virus is stolen first by Hattie Shaw, an MI6 agent, to keep it out of the hands of supervillain Brixton Lore. Soon Luke Hobbs and Deckard Shaw are brought into this situation and the trio teams up to defeat Brixton. While the movie ends with the good guys saving the day, there is a sense of dread since we realize that Brixton was only the tip of the metaphorical evil iceberg, and they have to stop Eteon (an evil organization) and the mysterious Director, who was behind the evil masterplan in the first place. The film ends with the Director issuing an almost direct threat about Hobbs and the Shaws (Deckard and Hattie) having gotten on his radar.

Naturally, this works both ways since the Director is also on Hobbs’ and Decker’s radar now. Making things all the more complicated is a call from CIA agent Locke, who seems to have found an even more dangerous virus, which is capable of melting a person from the outside. It seems as though the evil has all but shown itself and the situation is bound to become more dangerous in ‘Hobbs & Shaw 2’.

So what will the sequel ultimately be about? One thing is for certain, the next film will be about clash between two teams, Hobbs and the Shaws on one side, and the Director on the other side. ‘Hobbs & Shaw’ has already laid the groundwork for the evil plan, which is the advancement of the human species by eradicating the weaker people within society. The sequel will definitely see the Director try to fulfill this evil plan once again while our heroes try to stop him or her. However, that is not all that we know about the plot. We already know that a deadlier virus exists and this will probably play a role in the upcoming movie, where Eteon will try and misuse this virus. What remains to be seen is if the Director will finally step out of the shadows, or whether Hobbs and Shaw will go up against another of his or her henchmen.

Coming to our heroes, they are not likely to be on the best of terms in the upcoming film since Hobbs called the police on Deckard in ‘Hobbs & Shaw’. Even with the fate of the world at stake, they might refuse to work with each other. However, they are likely to be closer to their families than ever, and we expect the team of heroes to have at least two new members on Hobbs’ side, that is, Jonah, Luke’s brother who is a tech genius, and Dinkley, the Air Marshall who is great at procuring stuff. Deckard too might have a larger team if his mother joins, after breaking out of prison. Ultimately, ‘Hobbs & Shaw 2’ will continue the battle between machines and heart, that was so eloquently surmised by Hobbs in the first spinoff.

The cast of ‘Hobbs & Shaw 2’ will surely be led by Dwayne Johnson, who will play the role of Lucas Rebecca Hobbs, or Luke Hobbs, a buffed up federal agent working for the DSS. Jason Statham will also reprise the role of Deckard Shaw, a British Special Forces assassin, who is now a mercenary. Shaw will most likely kill Hobbs rather than work with him after the events of the first movie, so it remains to be seen how they get past their differences to try and save the world. Vanessa Kirby will also reappear in the role of Hattie Shaw, an MI6 agent who is Deckard’s sister. Hattie has already proven herself to be a more than capable combatant and we cannot wait to see her again. In all likelihood, she will be the voice of reason when Deckard and Luke begin squabbling.

Among the other characters who might return are Madam M (Eiza González), a professional robber in Russia, who seems to have a thing for Shaw. While she did help Hobbs and Shaw, we are not sure if this master thief has her own agenda. Magdalene “Queenie” Shaw (Helen Mirren), Deckard and Hattie’s mother, might also return since we saw the siblings help her break out of prison.

Some of the fascinating cast members who will surely have bigger roles to play in the upcoming movies are Cliff Curtis, who plays the role of Luke’s brother Jonah, Ryan Reynolds, who appears as Locke, the mysterious and overly friendly CIA agent, and Kevin Hart, who portrays Air Marshall Dinkley, someone who is capable of working his magic to help Hobbs and Shaw. In ‘Hobbs & Shaw 2’, we are likely to see more of Jonah, who has been established as a genius tech guy and might see more of Locke as well, who is seen contacting Hobbs at the end of ‘Hobbs & Shaw’ about another deadly virus.

However, what we are most excited about is the Director. This character did not strictly appear in ‘Hobbs & Shaw’ beyond being a menacing voice and the implied mastermind behind the evil plan. Keanu Reeves was in talks to play the role, but since that did not lead anywhere, it remains to be seen who is cast in the part. There have been some rumors that Charlize Theron could play the Director. Notably, she appeared as Cipher, a villain in the ‘Fast & Furious’ movies. Since Cipher gets away, there is a chance she could be behind the whole thing. One thing is for certain, ‘Hobbs & Shaw 2’ will be sure to double the excitement.

David Leitch, who has made quite a name for himself as an action director, helmed ‘Hobbs & Shaw’. Although the director has another project on his plate, titled ‘The Division‘, it is already in pre-production stages. Unless ‘Hobbs & Shaw 2’ begins filming immediately, leading to a scheduling conflict, there is no reason that he will not return to helm ‘Hobbs & Shaw 2’ as well. As for the producers, we can be sure that Jason Statham and Dwayne Johnson will be returning, since they are bound to star in the movie as well.

The team really came together to make ‘Hobbs & Shaw’ a resounding success and with franchise movies, the crew does not usually change a lot, so we can expect the same team to handle ‘Hobbs & Shaw 2’, which gives us immense hope regarding the film’s potential.

Hobbs & Shaw 2 Release Date: When will it premiere?

Obviously, there’s still some time before we get to see the trailer for ‘Hobbs & Shaw 2’. Till then, enjoy this action-packed trailer of the first film.