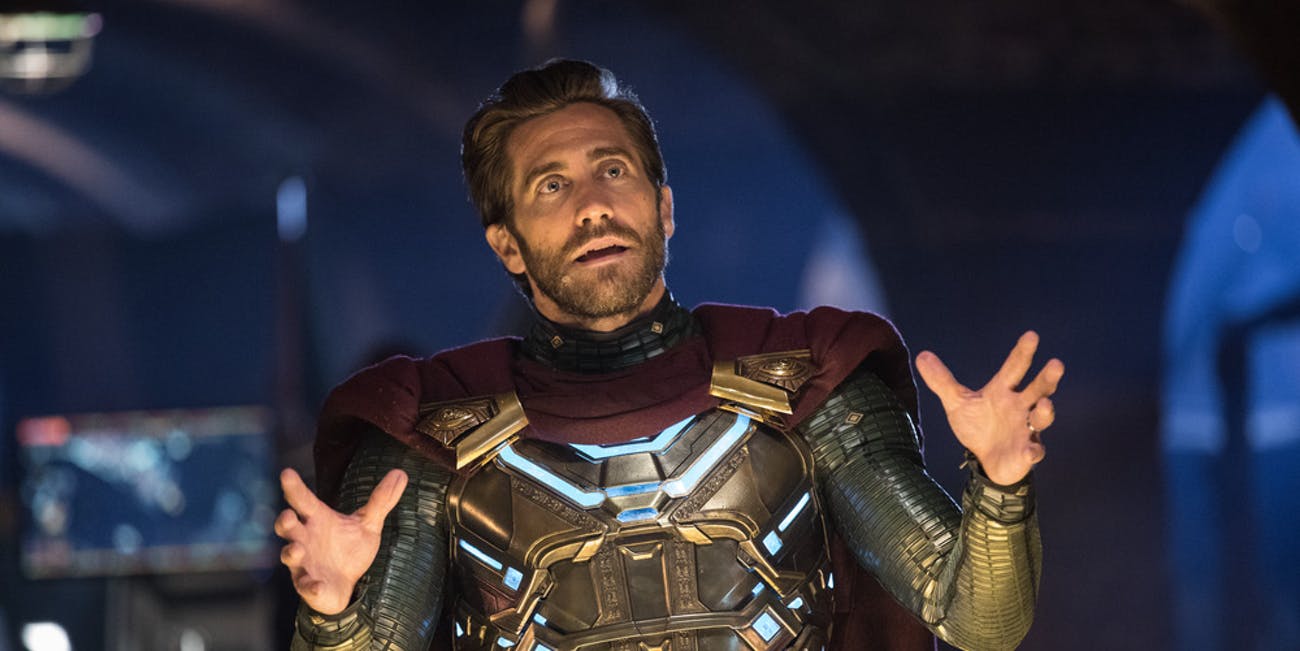 Born to filmmaker Stephen Gyllenhaal and writer-producer Naomi Foner, Jake Gyllenhaal started acting right from his childhood. Along with his sister, Maggie, Jake appeared in small roles in his father’s movies. Later, he dropped out from Columbia University to pursue a career in acting. But he had to skip the transformation stage between a child actor and a grown-up actor. So, he stayed away from teen characters and movies with adolescence as the central theme during the late-90s. He played a major role alongside Drew Barrymore in ‘Donnie Darko’ in 2001 and as Jennifer Aniston’s boyfriend in ‘The Good Girl’ (2002).

The actor got his first breakthrough with the 2005 film ‘Brokeback Mountain’ directed by Ang Lee. The movie, which explored the complex love story of two cowboys, features Gyllenhaal alongside Heath Ledger, Michelle Williams and Anne Hathaway. The movie went on to become a huge critical and commercial success and brought Gyllenhaal a slew of accolades including the Golden Lion at the Venice Film Festival and an Academy Award nomination for Best Supporting Actor. His other major works include ‘Proof,’ ‘Jarhead,’ ‘Zodiac,’ ‘Brothers,’ ‘Prince of Persia: The Sands of Time,’ ‘Love & Other Drugs,’ ‘Southpaw,’ and ‘Nocturnal Animals.’ 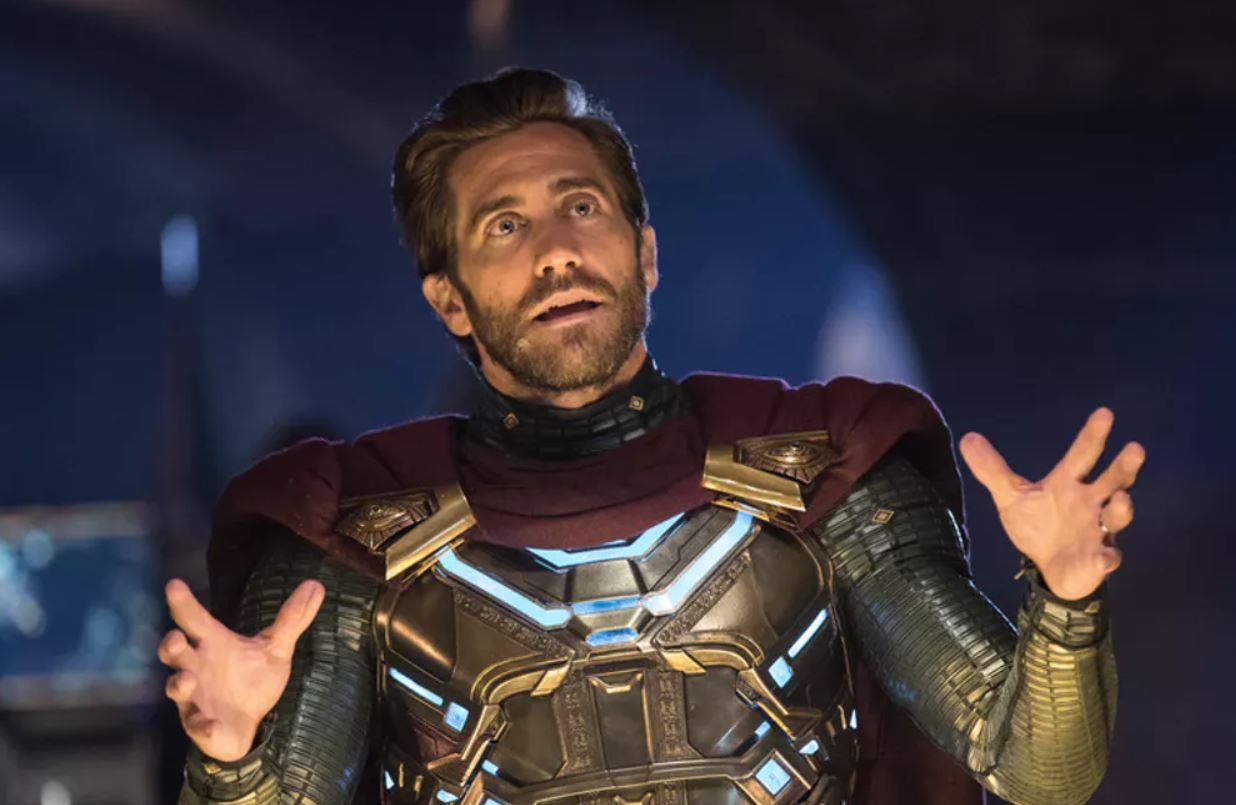 While ‘Spider-Man’ fans are eagerly waiting for July 2, the day in which ‘Spider-Man: Far From Home’ hits theaters, the question buzzes around is “who is Mysterio?” The iconic villain of Spidey played by Jake Gyllenhaal seems to get a positive image makeover in the second installment of Marvel’s SpiderVerse, ‘Spider-Man: Far From Home.’ Tom Holland returns in Spider-Man’s suit for a second time along with Samuel L. Jackson as Nick Fury, Zendaya as MJ and Marisa Tomei as May Parker for the sequel. According to reports, the plot follows Peter Parker who grapples with grief after the events of ‘Avengers: Endgame’ while his aunt desperately tries to uplift the young man’s spirits. But Parker opts to go to Europe along with his school friends for a vacation.

But Nick Fury intervenes the trip and presses Parker to join forces with Mysterio (Gyllenhaal) in the final battle against the Elementals. Despite his villainous image, Mysterio appears as a hero who hunts down the Elementals in the trailer and other sneak peeks. Cobie Smulders and Jon Favreau also set to returns as their respective characters Maria Hill and Happy Hogan respectively. Directed by Jon Watts from Chris McKenna and Erik Sommers’ script, ‘Spider-Man: Far From Home’ comes to theaters on July 2, 2019, through Sony Pictures. 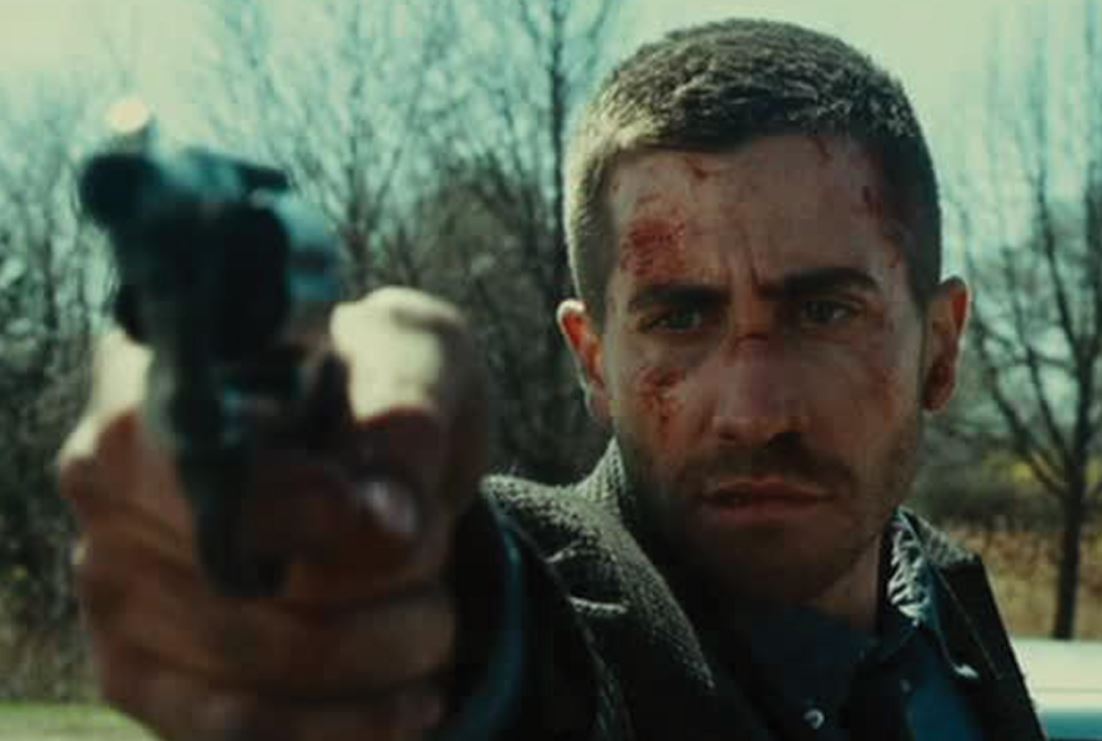 ‘The Division’ is an upcoming movie adaptation of the popular video game series of the same name from Ubisoft. Jake Gyllenhaal and Jessica Chastain are set to play the lead roles in the sci-fi thriller which will be directed by David Leitch (‘Deadpool 2’), reports EW. Rafe Judkins, best known for ‘Agents of S.H.I.E.L.D.,’ is writing the screenplay for the movie. Gyllenhaal and Chastain will also serve as the producers of the project. According to the official synopsis released by Netflix, the plot is set in the near future where a deadly virus preys on the New Yorkers. While what is left out in the mass wipe-out of the society descends into collective chaos, a group of mercenaries embark on a dangerous mission to save the survivors. Netflix picked up ‘The Division’ in June 2019. The streamer hasn’t announced a release date for the movie yet. 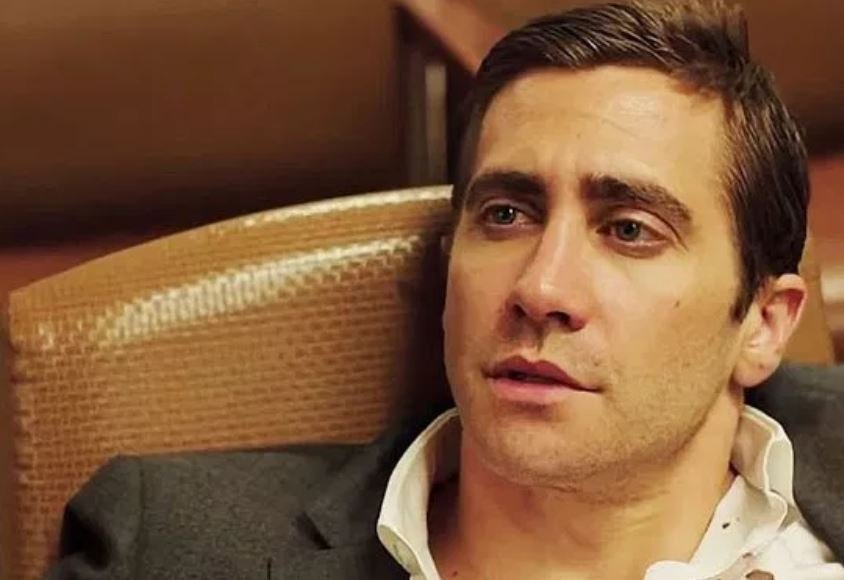 Jake Gyllenhaal teams up with Benedict Cumberbatch to produce and star in the long-gestating film ‘Rio.’ Edward Berger, who is known for ‘Patrick Melrose’ is set to helm the project, according to Variety. Cumberbatch and Adam Ackland’s banner SunnyMarch and Gyllenhaal and Riva Marker’s Nine Stories banner produce the film in association with Studiocanal. Steven Knight wrote the screenplay. The plot reportedly follows two friends, a journalist (Gyllenhaal) and a wealthy financier in Rio, Brazil (Cumberbatch). A casual trip of the journalist to meet up with his friend in Rio de Janeiro goes awry when he finds himself at the center of an evil scheme to fake his buddy’s death. More details about the plot and cast haven’t been revealed yet. 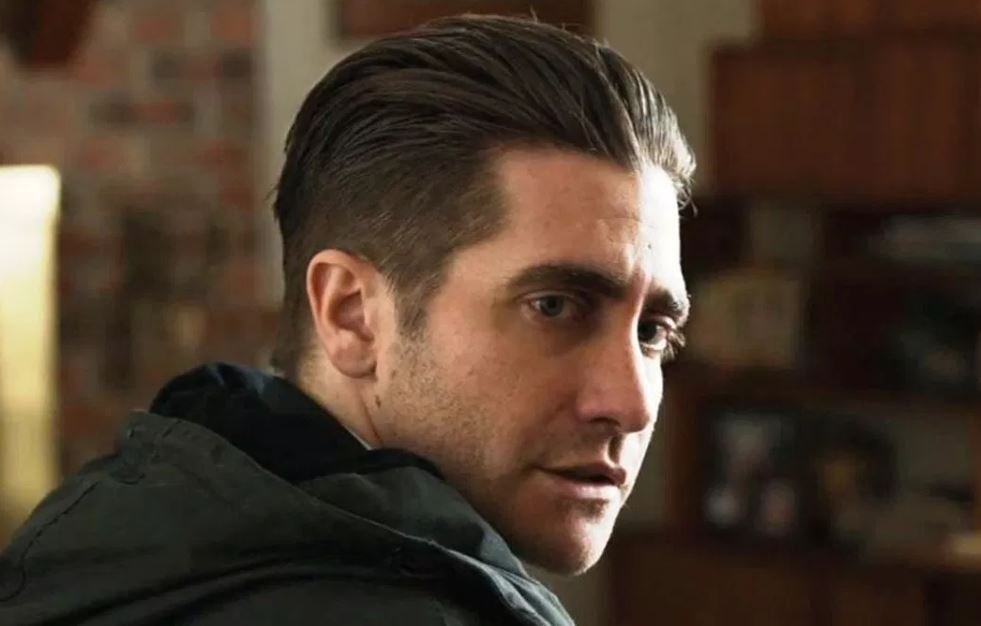 ‘Finest Kind’ features Jake Gyllenhaal, Zendaya and Ansel Elgort in the lead roles. Written and directed by Brian Helgeland, the film is touted as a crime thriller centers on the lives of two brothers (Gyllenhaal and Elgort) who lock a deadly deal with a cartel in Boston underworld. But the deal drags them through darkest alleys of gore and violence, while the familial bonds between brothers are strained and tested. Gary Foster and Russ Krasnoff of Krasnoff/Foster Entertainment produce the film in association with Imperative Entertainment’s Dan Friedkin and Bradley Thomas as well as Gyllenhaal and Riva Marker under their Nine Stories banner. 30WEST is financing ‘Finest Kind,’ which is yet to get a release date.

7. The Anarchists vs ISIS (TBA) 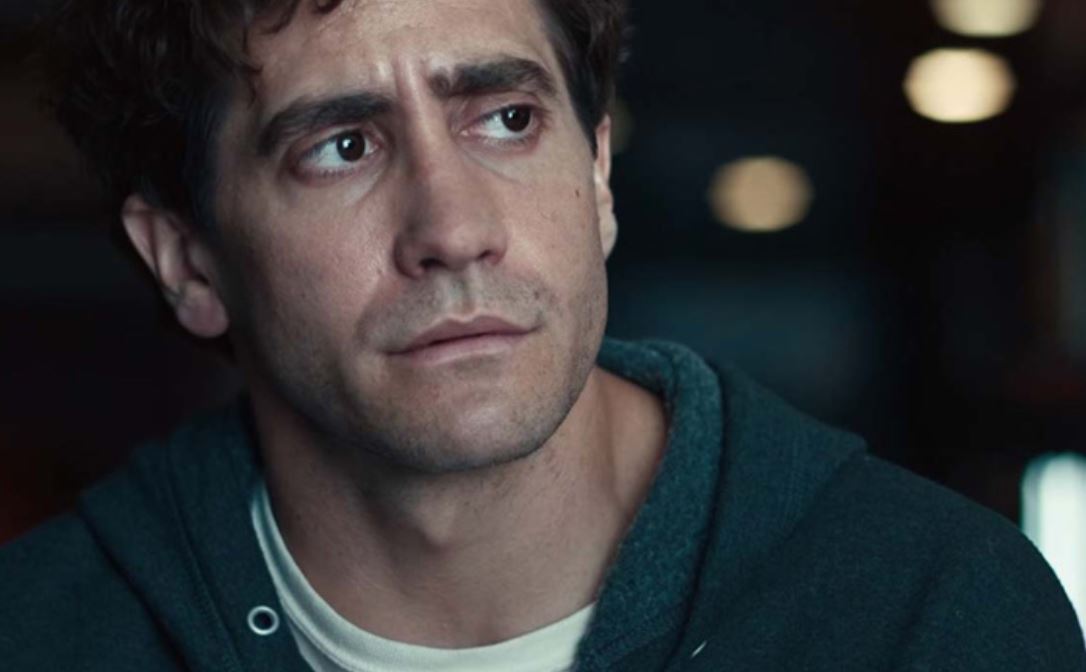 The long-gestating action drama ‘The Anarchists vs ISIS’ reunites Gyllenhaal with director Daniel Espinoza after their sci-fi horror flick ‘Life.’ Based on the Rolling Stone article ‘The Anarchists vs. the Islamic State’ by Seth Harp, the movie follows a group of American volunteers fighting hand in hand with the Kurdish Rebels against the ISIS cadres in Syria. The American fighters leave everything they love behind to fight evil in a godforsaken place which seems not connected to the outer world. Other details about the ambitious project are kept under tight wraps. 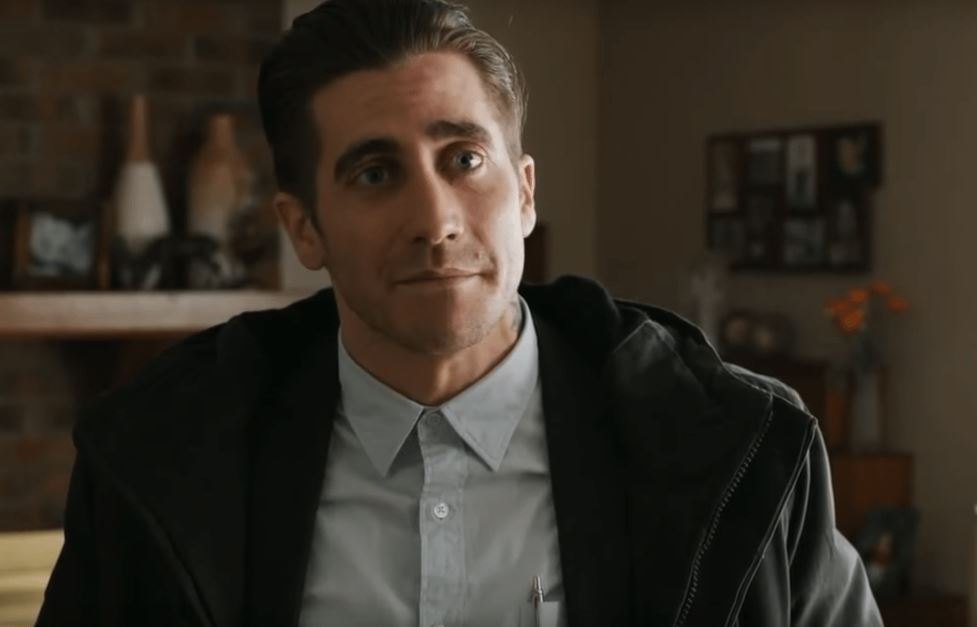 HBO’s upcoming miniseries ‘Lake Success’ marks Jake Gyllenhaal’s first leading role on television. Based on the novel of the same name by Gary Shteyngart, ‘Lake Success’ tells the tragicomic love story of Barry Cohen (Gyllenhaal) and his wife Seema. Cohen, who is a hedge fund manager based in Manhattan, leaves his family one day and embarks on a trip to find his college girlfriend. Meanwhile, his wife Seema struggles to cope-up with the unexplainable exit of her husband from their life while taking care of their autistic son all alone. Gyllenhaal executive produces the series with Riva Marker for their Nine Stories banner. Endeavor Content co-produces the project while Shteyngart serves as the co-writer and co-showrunner alongside Tom Spezialy. HBO hasn’t set a premiere date for the series. 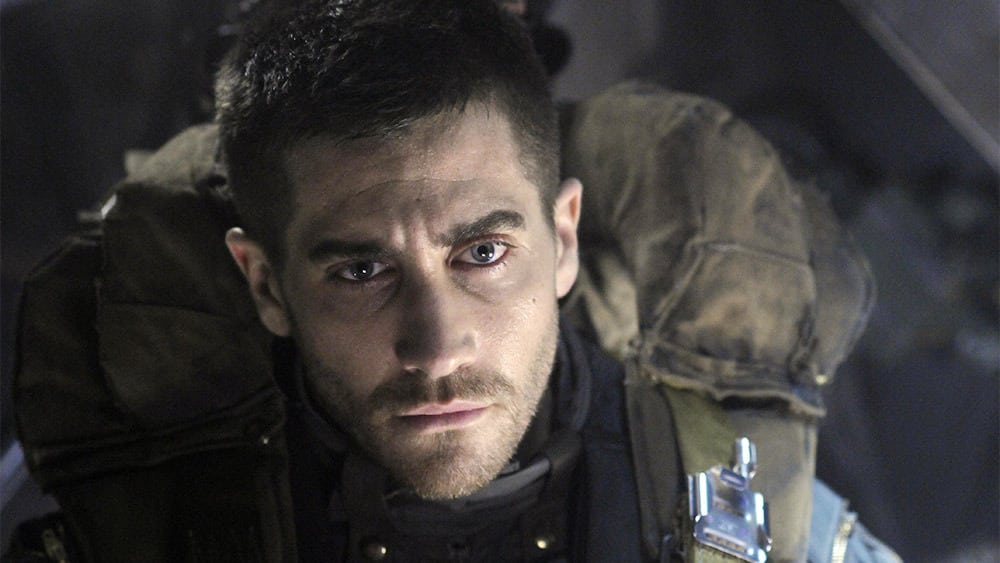 Jake Gyllenhaal teams up with director Antoine Fuqua for the movie ‘The Man Who Made It Snow,’ which has long been in development hell. Based on a true story, the plot follows Max Mermelstein, a Jewish hotel technician who catapults a small town organization into a billion dollar empire called Medellin Cartel. Though Gyllenhaal had been attached to the project both as the lead actor and executive producer during the early stages of development, the current status of his involvement as an actor is uncertain. 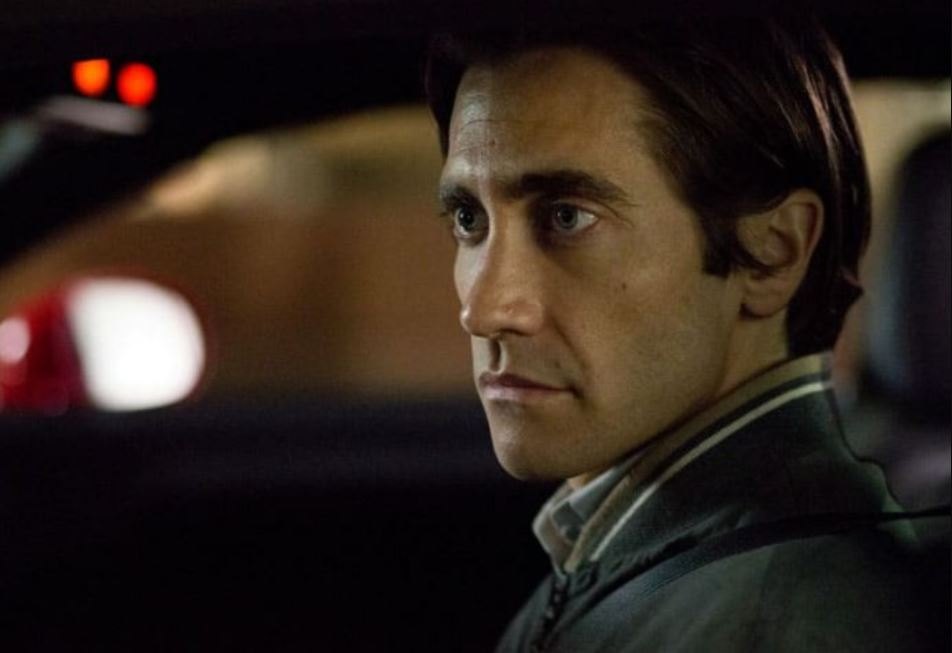 Jake Gyllenhaal has been rumored to join the biopic project based on the life of the “Ivy League dad killer” Thomas Gilbert Jr., as a producer. According to unconfirmed reports, the movie is titled as ‘Gilded Rage.’ But Gyllenhaal keeps his mouth shut about his involvement in the project both as an actor and producer.

3. The Lost Airman (In Development)

John Lesher is reportedly teaming up with Jake Gyllenhaal for The Lost Airman, a true-life World War II adventure project. Amazon Studios has picked up the rights to the nonfiction book, titled The Lost Airman: A True Story of Escape From Nazi-Occupied France written by Seth Meyerowitz.

The novel tells the incredible true story of Arthur Meyerowitz, an American turret-gunner whose B-24 bomber was shot down over Vichy France in 1943. While hiding in the French countryside, Meyerowitz befriended Marcel Talliander, the founder of the legendary French resistance group Morhange, who helped shelter the man from the Gestapo through his secret network. After six months of barely evading capture, Meyerowitz escaped through a carefully orchestrated plan that also involved R.F.W. Cleaver, one of the most accomplished British fighter pilots of the war.

2. The Son (In Development)

Denis Villeneuve is reportedly in talks to helm the drama “The Son”, which is will be produced by Nine Stories’ Gyllenhaal and Riva along with Bold’s Michel Litvak. Gary Michael Walters will also be executive producing with Nesbo and Niclas Salomonsson. ‘The Son’ will mark the third collaboration for Gyllenhaal and Villeneuve, who previously worked on ‘Enemy’ and ‘Prisoners’.

‘The Son’ follows a once-gifted 15-year-old and promising wrestler, whose life spirals out of control when his cop father commits suicide. He winds up in prison, nurtured by an uninterrupted supply of heroin from a seedy chaplain on the inside. When he learns long-hidden truths about his father’s unexpected death, he makes a brilliant escape and begins hunting down the people responsible for his wrongful sentence.

1. Welcome to Vienna (In Development)

Jake Gyllenhaal is producing and starring in the thriller ‘Welcome to Vienna’ for Focus Features. The film is based on the Kevin novel “To Die in Vienna”.. The movie follows the story of a Vienna-based civilian surveillance contractor for hire who is tracking a Chinese scientist. He interrupts a break-in at his apartment and the intruder escapes, but then comes back and tries to kill him — leading the contractor to believe that the CIA may be trying to kill him. Sounds intriguing? Yes it is, but we might have to wait a little while before the film goes on the floor.