Everything We Know About The Jungle Book Sequel 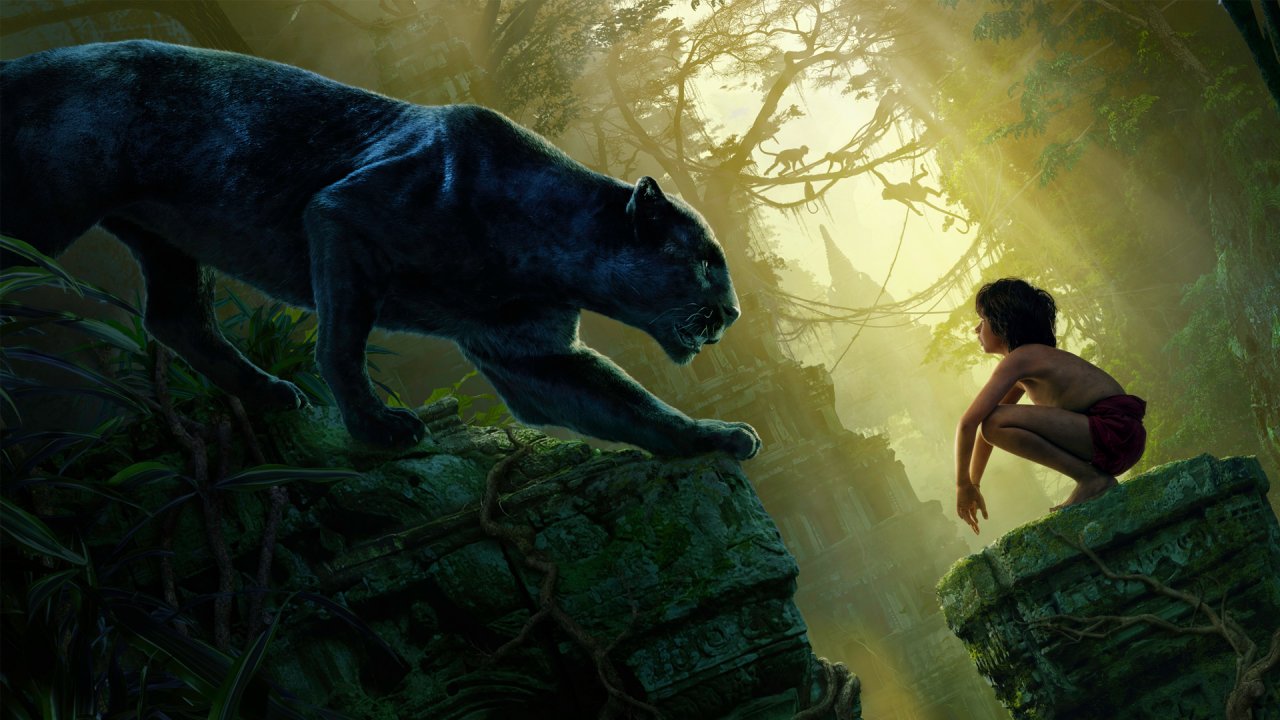 Those calling this the age of Disney might not be too wrong after all. The Mouse House currently owns, quite literally, roughly 50-60% of the entertainment business when it comes to the quantum of properties under it, and simply much more when it comes to the overall percentage of box office numbers that the films either produced by it or distributed by it do. To give you an idea: the MCU, the Star Wars franchise, and now Fox, and along with it the upcoming ‘Avatar’ films, the X-Men, the Fantastic Four, the Kingsman movies and the Terminator films. That is all in addition to its already massively successful animated and live action brand of family friendly films, both done under its banner and Pixar that are easily among the best animated films ever produced. Well, looking at Disney’s upcoming release slate, right until 2025, Disney seems to have a new found obsession with live action remakes of its earlier animated classics. 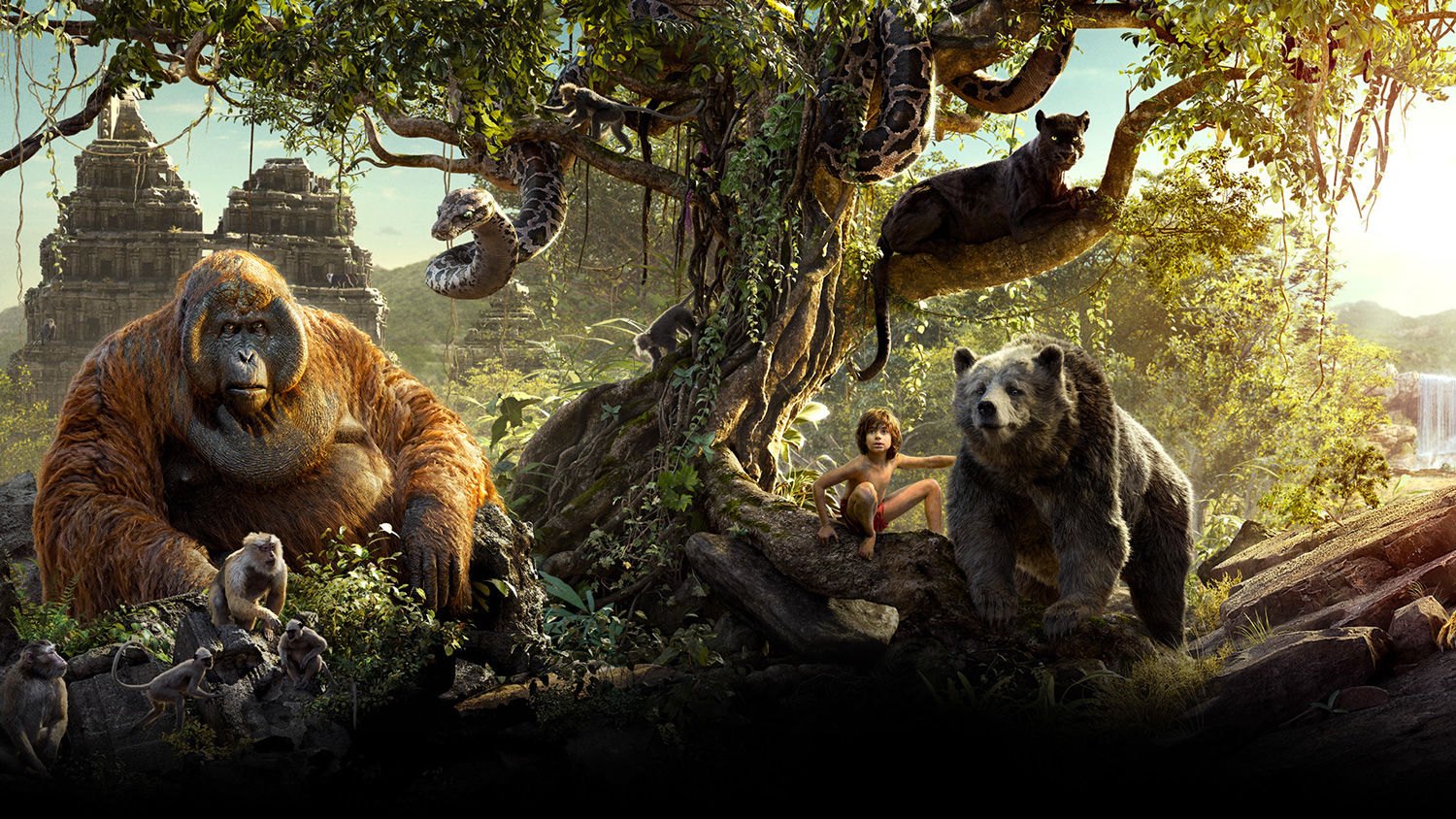 Now, while they have been happening since as long as 1994 with the first Jungle Book film directed by Stephen Sommers and starring Jason Scott Lee as the man cub Mowgli, and continuing well into the 21st Century with semi hits including ‘Maleficent’, ‘101 Dalmatians’, ‘Cinderella’ and ‘Alice in Wonderland’, it was squarely the success of the second live action remake of Rudyard Kipling’s tales by Disney, directed by Jon Favreau and starring Neel Sethi in the role of Mowgli, that came inches closer to a billion dollars in the global market that ought to have inspired Disney to invest on the front foot in remakes of its successful animated classics, proving that there really is no specific season for Disney flicks.

While March’s ‘Dumbo’ may have setback faiths a little, May’s ‘Aladdin’ puts things right back on track and in perspective, even for the upcoming ‘The Lion King’, the ‘Maleficent’ sequel, ‘Lady and the Tramp’, ‘Mulan’ and ‘Cruell’ amongst countless others. ‘The Jungle Book 2’ will inevitably join that list, since it was announced ever before the first film hit theatres, and now there is absolutely no reason why it won’t happen, especially considering everything I said above. Here is everything we know about the sequel so far.

The Jungle Book 2 Plot: What is it about? 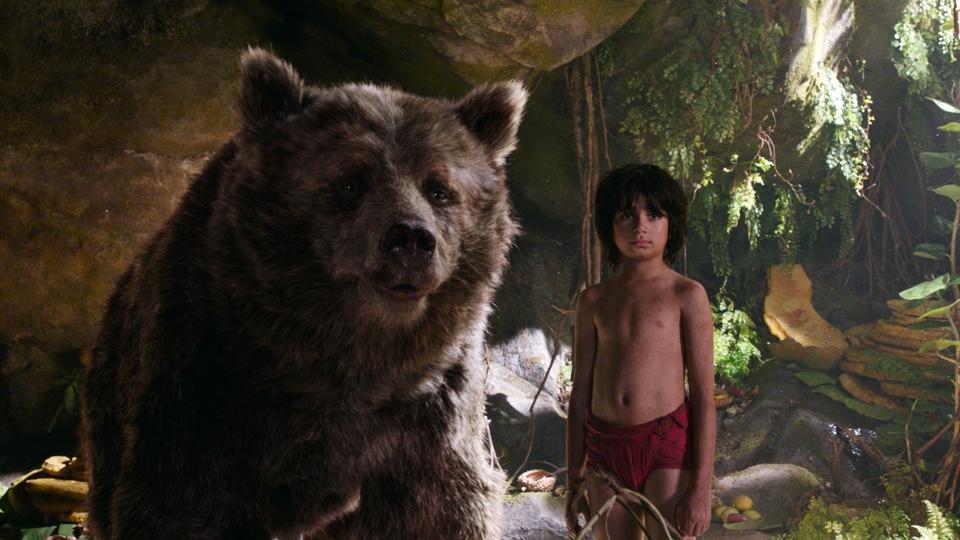 There are little to no ways in which the first one sets up or teases a sequel, but when it comes to literary adaptations, you already have a rather solid framework when it comes to seeking inspiration for continuing stories on celluloid. Personally too, I feel that there is so much literary wealth in Kipling’s short stories that I would love to see on the big screen, but ‘The Jungle Book’ doesn’t seem to get beyond Kipling’s second Jungle Book, due to monetary reasons or others that I cannot fathom.

However, both Favreau and Justin Marks, the returning writer, have stated that they have deep dived into several of Kipling’s other stories and even the unused ideas from Bill Peet’s initial drafts for Disney’s first adaptation of the material, and the animated classic of the same name from 1967, owing to them being cited too dark and unsuitable for family friendly audiences, something that Walt Disney personally envisioned the film to be. Of course, Peet’s vision was akin and closer to Kipling’s original short stories’ “dramatic, dark, and sinister tone of Kipling’s book, which is about the struggles between animals and man”, but certain adjustments were made to make the story more straightforward. For the same unused matter, Marks had this to say about his and Favreau’s ideas for the sequel. “In the second film, the idea is to go further through the Kipling stories but also go into some of the Disney resources from the ’67 film that maybe didn’t get to see the light of day in the first film”. 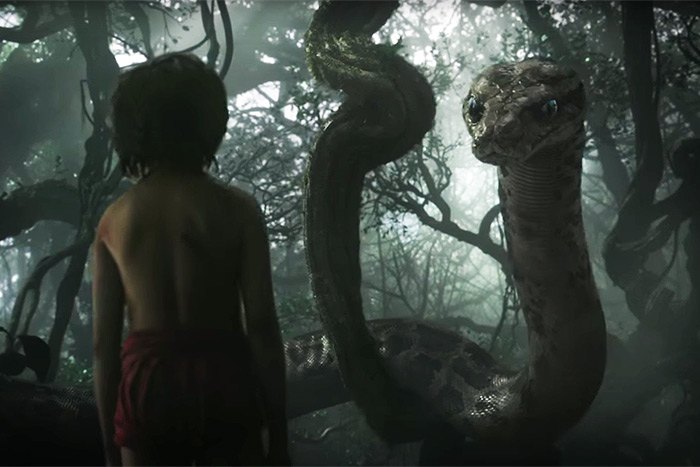 Few of the elements that the second film could definitely bring back considering how they hugely worked in the favour of the first film are (apart from the all-star voice cast) are Mowgli’s struggles with his identity as a man of the jungle or of the human village, something that can hopefully cross into the much more fruitful young adult category, his chemistry with Baloo, more creatures and legends from the jungle, and his growth from the previous film with the wolf pack, especially considering that at least five years would have passed since the first when the second one would finally hit screens.

A time shift would also make sense since the actor portraying Neel Sethi would also have significantly grown up by then. Akin to the Andy Serkis helmed ‘Mowgli: Legend of the Jungle’, the sequel could also show Mowgli venturing into the man village and learning their ways, spending time with them, which is when he is faced with a genuine paradigm, as opposed to the first film. Also, since we are talking in this regard, I sincerely hope that Favreau and Marks can maybe address how human activities have extensively led to a loss of habitats for the forest dwelling animals. If anything, this would seem like the right time for that. Other than that, precious little is currently known about the sequel, but keep your eyes peeled on this section for any new updates on the much awaited sequel.

The Jungle Book 2 Cast: Who is in it? 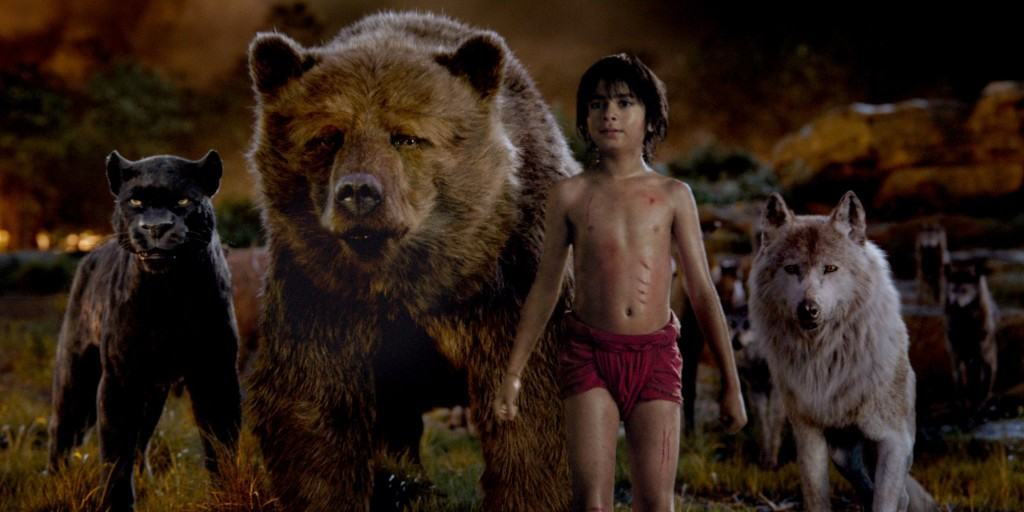 One of the definite strengths of the first movie was its all-star voice cast that essentially became poster people and high selling points for the film. So much so that in all countries that the Disney mammoth was released dubbed in the native language, including India, the top actors of that country were billed to provide the voices for these globally recognised animal characters. It is thus absolutely imperative that the original voice cast return, including the charming Bill Murray as Baloo, the fierce Ben Kingsley as Bagheera, Lupita Nyongo’o as Raksha, Scarlett Johansson as Kaa (probably in another guest appearance but her place in the forest is one of the many areas that the sequel could expand upon), and in all probability, Christopher Walken as the Gigantopithecus King Louie.

Idris Elba as the formidable Shere Khan and Giancarlo Esposito as Akela, although dead in the previous films, may be making their returns as well, albeit in the form of dreams, visions, ciphers and the like, especially considering that they were such important characters. The cast is of course incomplete without its protagonist, Mowgli, played by Neel Sethi. My guess is that Sethi would have grown quite a bit from the first film, so the plot and the writing for the film would have to feature significant changes to allow room for that growth. Besides, he is the only one seemingly confirmed to return for the sequel.

The Jungle Book 2 Crew: Who is Behind it? 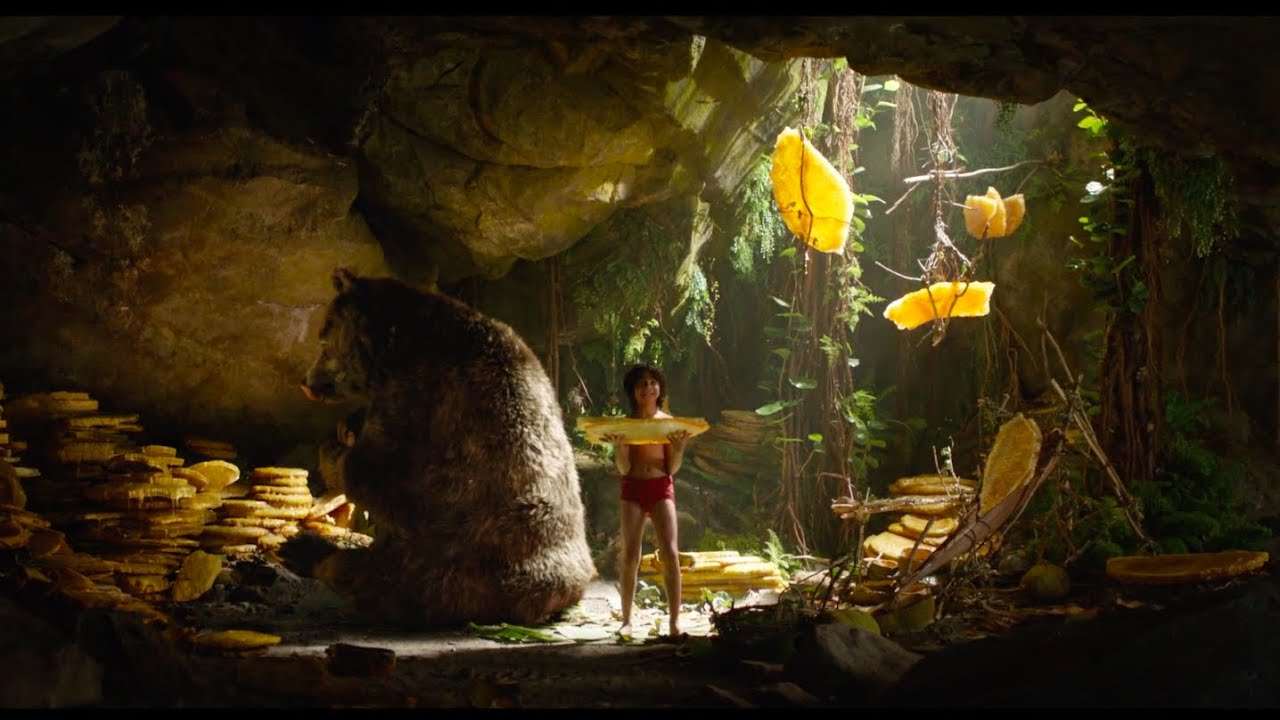 Jon Favreau and writer Justin Marks were the first ones to be signed on for the sequel, and both of them are said to be in active development of the sequel’s story based on Kipling’s later books as of now. Since the 2016 film was a major success, it would make sense for Disney to mostly retain the crew that made it happen. Again, no confirmations on this, but this is mostly what is bound to happen given past trends with successful Disney movies. The work on the film’s photorealistic CGI for the animals and the jungle are said to be quite extensive, so one can almost bet that The Moving Picture Company and Weta Digital will return for the sequel’s special effects too.

The Jungle Book 2 Release Date: When will it premiere?

While no official announcements have yet been made, Favreau would seem to be Disney’s busy man, also having ‘The Lion King’ live-action remake to take care of. It was earlier envisioned that the second Jungle Book film would be shot back to back with ‘The Lion King’, planning a much earlier release for the film. However, it was pushed back to allow Favreau to focus only on ‘The Lion King’. It is therefore likely that even while scripting is already in its initial stages, Favreau will begin work on the sequel not until late 2019. He has cited the photorealistic live-action CGI to be a painstakingly long process, and urged not to rush it. It would therefore be imperative to assume that the film won’t go on floors at least until late next year. In that vein, expect nothing prior to a late 2021 release for The Jungle Book sequel.

Read More in Movie Previews: Fast and Furious | The Descendants