Margot Robbie made her lesser-known acting debut with the Australian serial killer flick ‘I.C.U.’ at the age of 17. She found her fortune in Hollywood with the 2013 movie ‘About Time.’ The time-travel romantic comedy featured Robbie alongside Domhnall Gleeson and Rachel McAdams and earned her significant fame and name.

The rising star got her breakthrough in the same year when Martin Scorcese roped her in for his true-to-life flick ‘Wolf of Wall Street.’ She took Hollywood by storm with her stunning portrayal of Naomi Lapaglia, the second wife of stockbroker mastermind Jordan Belfort, played by Leonardo DiCaprio. The critical and commercial success of the movie catapulted her to international recognition. Her other major credits include ‘Focus’ (2015), ‘The Legend of Tarzan’ (2016), ‘Suicide Squad’ (2016), the critically acclaimed ‘I, Tonya’ (2017) and more recently ‘Once Upon a Time in Hollywood‘ (2019).

With that said, in case you were wondering what is the next Margot Robbie movie or tv show, you are in the right place. Here’s the list of upcoming Margot Robbie films scheduled to release in the near future. We hope the new Margot Robbie performances are as good as her previous ones.

The women of Fox News during the Roger Ailes reign will have their voice heard again on the big screen this year. The upcoming untitled project centers on the infamous sexual harassment allegations and the legal battle that ensued against Fox News founder and head Roger Ailes. What started as an outburst of Fox News anchor Gretchen Carlson about Ailes’ sexual advances, spread like wildfire and burned down the ivory tower Ailes had built upon the skeletons of his lusty deeds. The tainted media mogul was forced to step down after more women turned with similar allegations.

8. Birds of Prey: And the Fantabulous Emancipation of One Harley Quinn (2020) 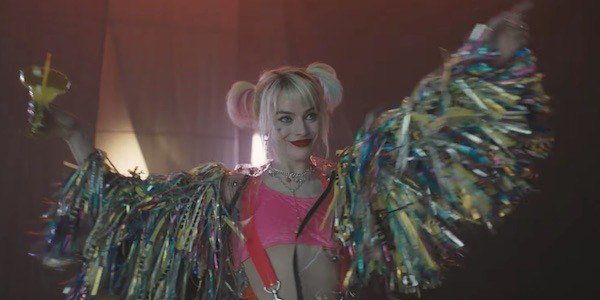 Margot Robbie returns as her iconic character of the DC Extended Universe, Harleen Quinzel a.k.a Harley Quinn, in the upcoming superhero flick ‘Birds of Prey: And the Fantabulous Emancipation of One Harley Quinn.’ The actress first stepped into the shoes of the DC Comics superwoman in the 2016 film ‘Suicide Squad.’

Though the plot details are under tight wrap, various reports suggest that Harley Quinn (Robbie) will team up with Black Canary (Jurnee Smollett-Bell), Huntress (Mary Elizabeth Winstead), and Renee Montoya (Perez) to rescue Cassandra Cain (Ella Jay Basco) who has been held hostage by the ruthless Black Mask (Ewan McGregor) in a Gotham City sans the masked crusader, Batman. ‘Birds of Prey’ is directed by Cathy Yan from a screenplay by Christina Hodson. The long-awaited DC Comics film is set to release on February 7, 2020. 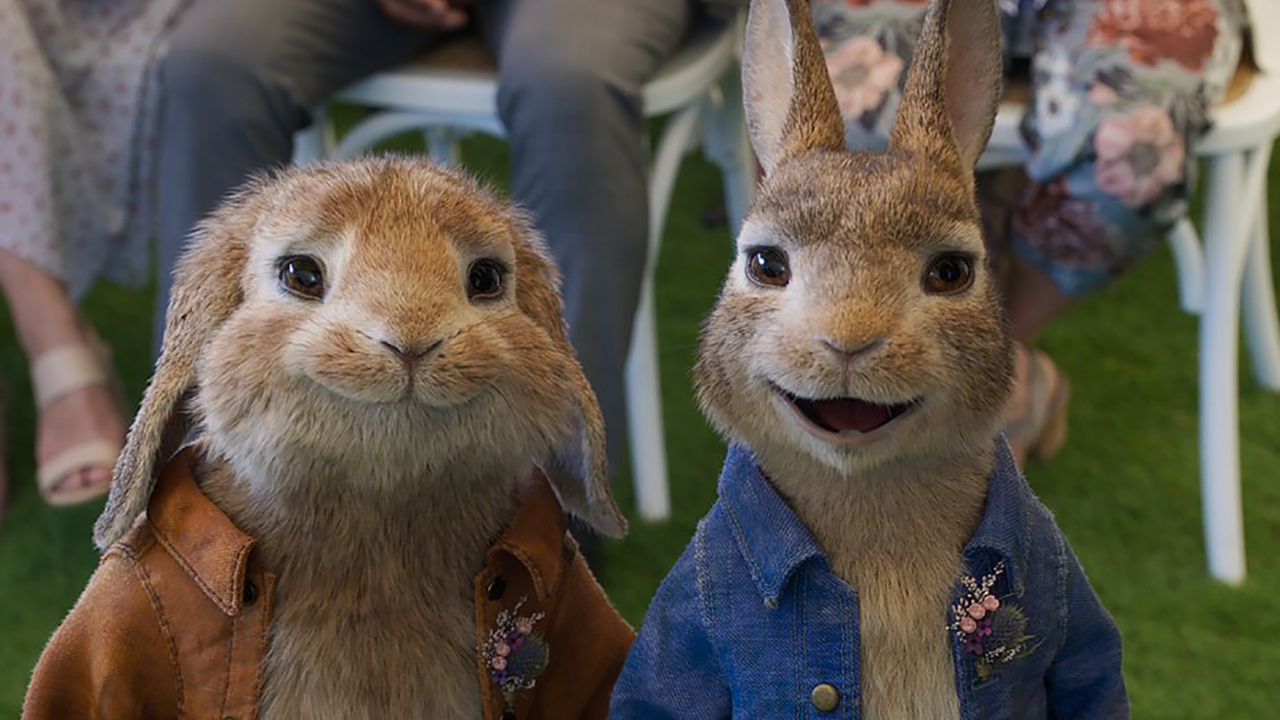 ‘Peter Rabbit 2: The Runaway’ is the sequel to ‘Peter Rabbit’. It picks up the plot from where the previous movie leaves off. We see that Peter Rabbit has run away from his home, while the humans are away on a vacation, celebrating their relationship. While on the road, Peter Rabbit makes a new friend, who claims to have known his father.

The official synopsis of the plot reads, “In PETER RABBIT 2: THE RUNAWAY, the lovable rogue is back. Bea, Thomas, and the rabbits have created a makeshift family, but despite his best efforts, Peter can’t seem to shake his mischievous reputation. Adventuring out of the garden, Peter finds himself in a world where his mischief is appreciated, but when his family risks everything to come looking for him, Peter must figure out what kind of bunny he wants to be.”

Basically, the narrative doubles down on the stepchild angle, showing how the humans care for Peter Rabbit, and how he acts out in his own ways. The first movie did not manage to be a great hit, which is something the sequel will attempt to change, once it releases on April 3, 2020. 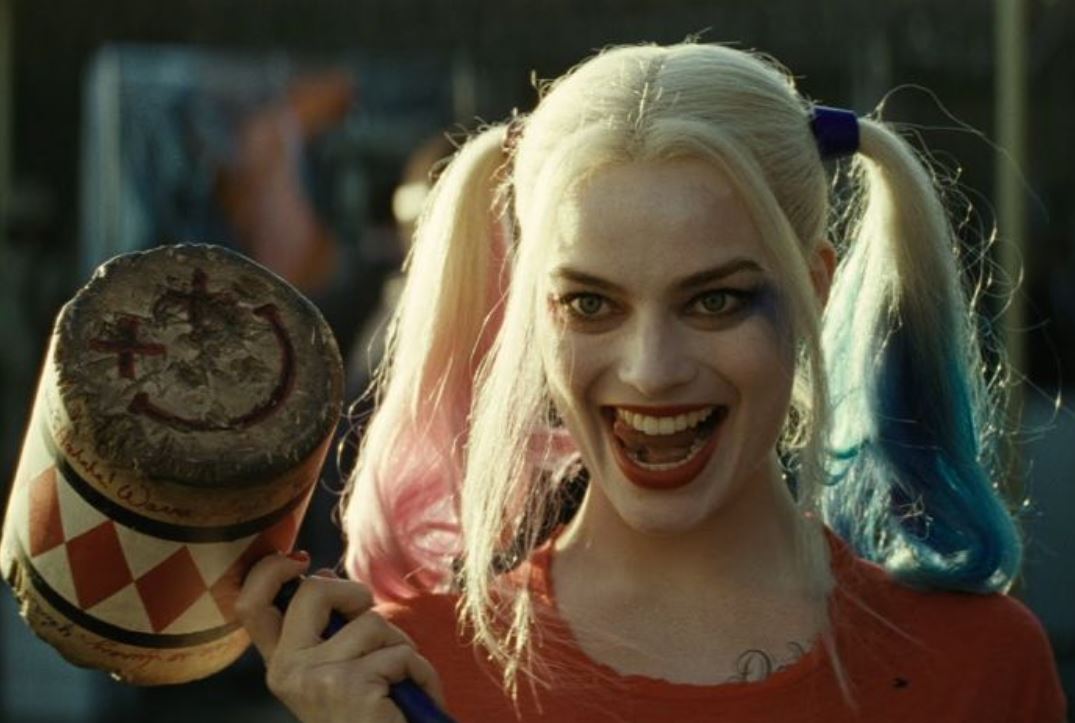 ‘The Suicide Squad’ is an upcoming sequel to the 2016 superhero film ‘Suicide Squad’ from DC Comics. Margot Robbie is expected to return as the DC Extended Universe character Harleen Quinzel a.k.a Harley Quinn for the sequel. Other returning cast members include Joel Kinnaman as Rick Flag, Jai Courtney as Captain Boomerang and Viola Davis as Amanda Waller. John Cena and Idris Elba join the cast as new members along with Daniela Melchior, according to a Variety report.

Though the details about the movie are under the hood, the story is expected to be focused on the usual premise of DC super villain’s band together for covert operations for the government. The sequel is written and directed by James Gunn, who is known as the director of ‘Guardians of the Galaxy.’ Warner Bros. has lined up ‘The Suicide Squad’ for an August 6, 2021 release. 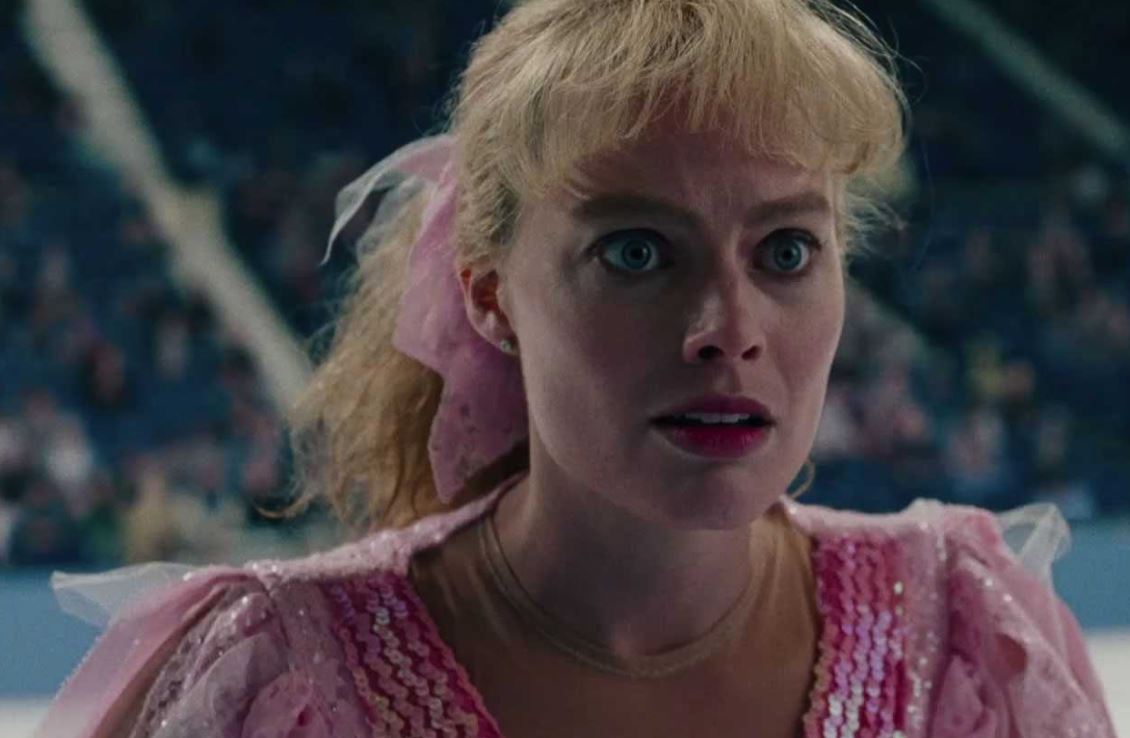 The announcement of the live-action feature version of ‘Barbie’ was a double bill for both the fans of the iconic doll franchise and actress Margot Robbie. She teams up with Warner Bros and Barbie creator Mattel for ‘Barbie.’ Apart from playing the eponymous doll, Robbie will co-produce the project under her home banner LuckyChap Entertainment along with producing partners Tom Ackerley and Josey McNamara.

Other details about the plot and cast haven’t revealed yet. ‘Barbie’ will be directed by Alethea Jones from a script by Olivia Milch. 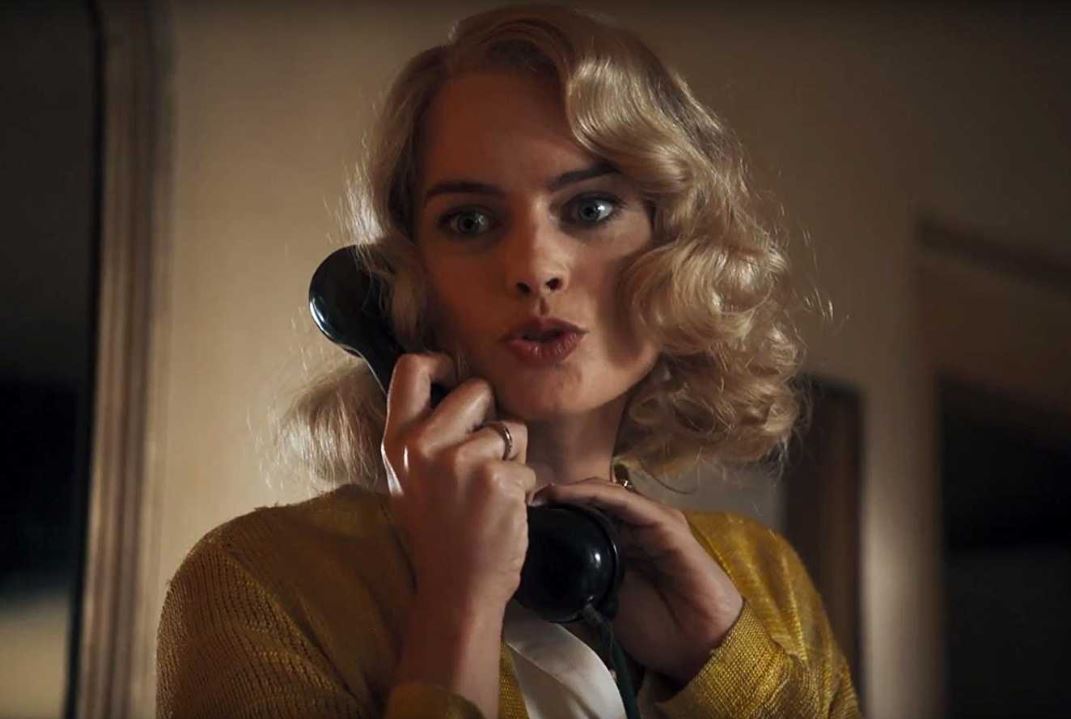 Margot Robbie teams up with Matthias Schoenaerts for the World War II film, ‘Ruin.’ Robbie will play the role of a Holocaust survivor who is on a mission to exact revenge from a bunch of war criminals. She is compelled to make an unlikely partnership with an ex-SS captain, played by Schoenaerts, to execute her brutal scheme of vengeance, to hunt down each member alive of a former Nazi death squad.

Set against the backdrop of the ruins of a war-torn Germany, the film is touted as a brutally honest portrayal of love, loss, and revenge in the time of casualties. ‘Ruin’ is directed by Justin Kurzel, who is known for ‘Assassin’s Creed,’ from a Black Listed script by Ryan and Matthew Firpo. The project starts rolling production in Prague. 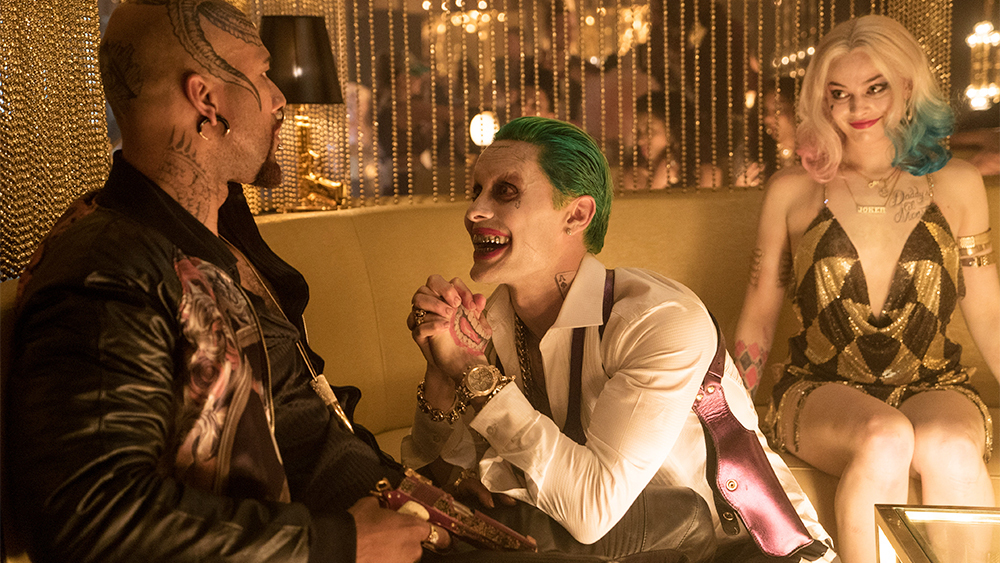 The long-gestating Joker-Harley Quinn movie stars Jared Leto as the Joker and Margot Robbie as Harley Quinn. Leto and Robbie return as the iconic DC Extended Universe characters they played in the 2016 super-villain film ‘Suicide Squad.’ Described as a “criminal story” by Warner Bros., the untitled flick is a crucial tent pole from the studio to rival the explosive success of the Marvel Cinematic Universe. Writer-directors Glenn Ficarra and John Requa joined the project as a director in 2017. But the studio has kept their mouths shut about the feature project. 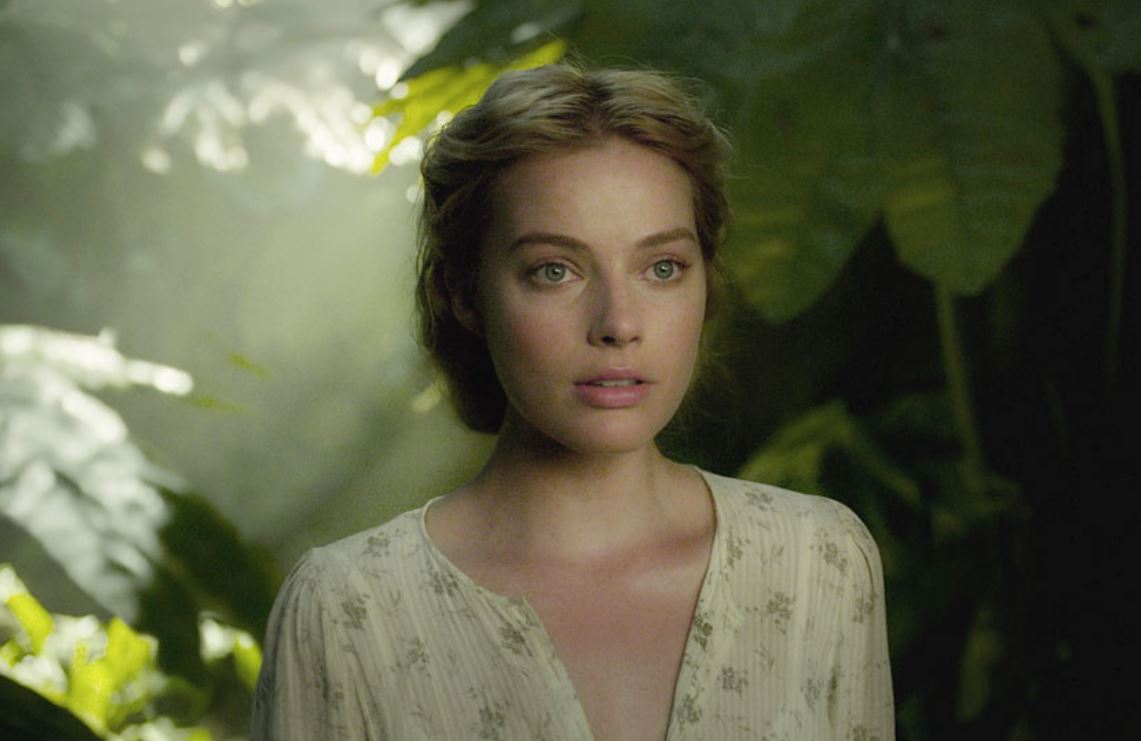 Margot Robbie is set to play the titular character Maid Marian in an upcoming ‘Robin Hood’ film from Sony. According to Variety, the plot follows a disheartened Marian who lost her love Robin Hood in a deadly war to seize England.

Setting aside her grief, Marian plunges into the middle of a crucial war to guard the sovereignty of her people. Other cast and crew, including a director, haven’t been announced yet. Robbie will also produce the movie for her banner LuckyChap Entertainment along with Donald De Line, Amy Pascal, and Sony, which landed the script after a fierce bidding war. 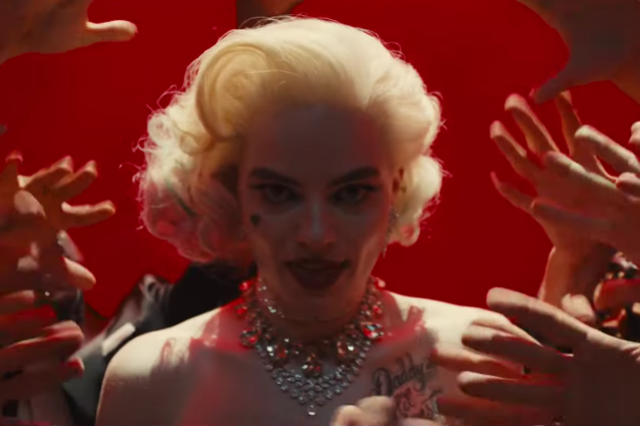 ‘Gotham City Sirens’ is one of the most intriguing projects from the DC Extended Universe announced by Warner Bros. The movie, which will showcase all the female villains from the DC stable, marks the return of Margot Robbie as her popular DC character. Harley Quinn. Catwoman and Poison Ivy also join the ensemble. Robbie executive produces the project while David Ayer, who helmed ‘Suicide Squad’ is set to direct. Warner Bros. doesn’t have a release date for ‘Gotham City Sirens’ yet. 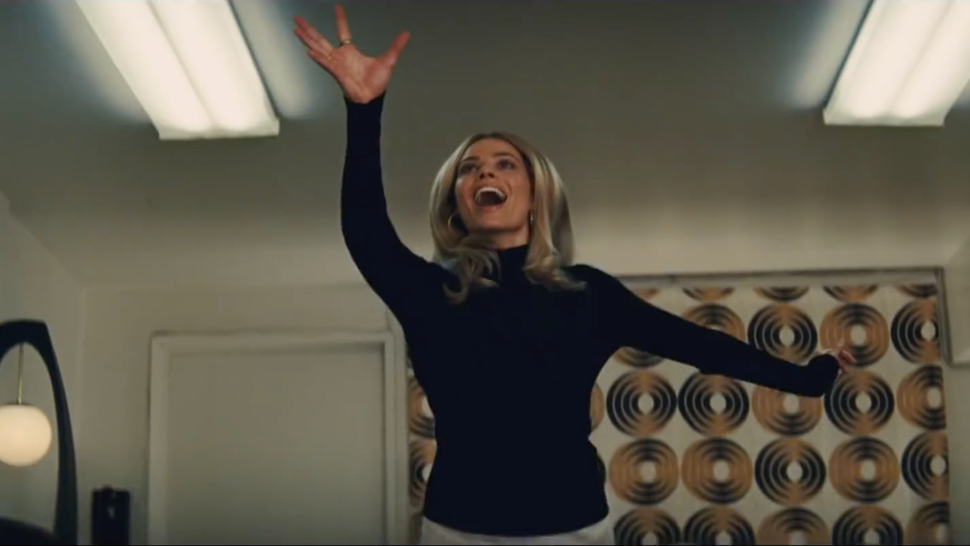 Quentin Tarantino’s long-gestating, long-awaited and long-running all-star ensemble ‘Once Upon a Time in Hollywood’ hit theaters in July. Set in the declining years of the golden age of Hollywood, the late ‘60s, the plot follows Rick Dalton (Leonardo DiCaprio), a struggling actor and his close friend and stunt double Cliff Booth (Brad Pitt). Both the men have to face an identity crisis while the swinging sixties take its toll on everything from music, art, culture, and most important of all, films.