Everything We Know About Pirates Of The Caribbean 6

‘Pirates of the Caribbean‘ is one of the most famous movie franchises that this turn of the century has seen. The movies have minted over 4.5 Billion dollars globally in all these years. Part of the reason behind the humongous success of the movies is that they defined every aspect of the words fantasy and pirate. Thanks to Disney, each movie in the franchise is bestowed with lavish sets and truckload of money. They all have a charming set of actors and of course, all of them feature Johnny Depp. It will not be a complete lie if we say that the whole ‘Pirates of the Caribbean’ franchise is synonymous with Johnny Depp. Whenever we talk about the movies, his swashbuckling drunken pirate persona always comes into the forefront. Granted, the last few movies haven’t done what was expected of them. But even though they couldn’t replicate the success of initial movies, the fanbase can’t wait for another one very soon.

Recently, we’ve heard a lot of talks about the future of the next movie in the series, that is ‘Pirates of the Caribbean 6’. So let’s talk a bit about the upcoming flick. But before we can come to a certain conclusion about the plot and cast of the upcoming movie, we need to reassess our knowledge of the franchise. Since the events normally follow a linear timeline, we need to take note of the gradual development of the grand narrative. So let’s dive in!

Pirates of the Caribbean Throughout The Years: 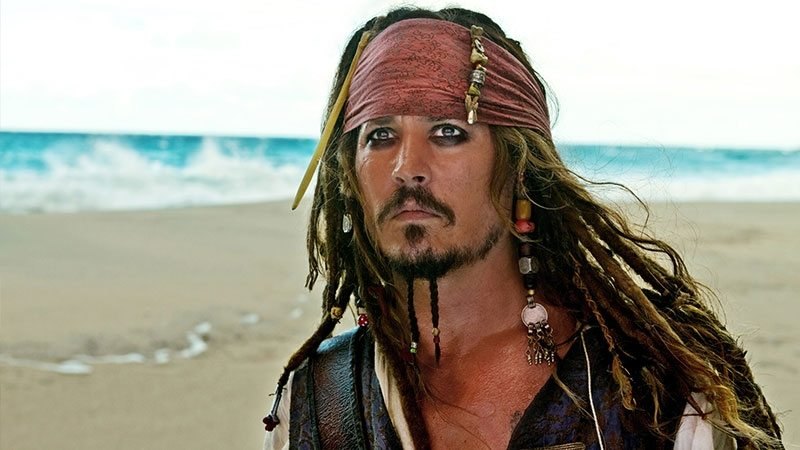 The first film in the series is called ‘Pirates of the Caribbean: The Curse of the Black Pearl’. Gore Verbinski directed this film and his collaboration ended with the franchise after the third movie. We have a savvy pirate named Jack Sparrow who has some unfinished business with the damned Hector Barbossa (Geoffrey Rush). Turns out, a young blacksmith named Will Turner (Orlando Bloom) is also looking for him as he has kidnapped the governor’s daughter and Turner’s love Elizabeth Swann (Keira Knightley). They team up in order to find the man and the crew who have wronged both these men. But instead, they find weird secrets as a curse prevails in the ship, Black Pearl. The Aztec gold’s curse has forced everyone in the ship to live in a suspended life-in-death situation. Secrets come out as captain Jack Sparrow swings and fights with comical urgency.

The film was a sensation upon its release and much of the fame of the franchise still lies on this film’s shoulder. Both critics and audiences were blown away by the amazing performances of the star-studded cast and Disney’s art of world-building. Following its groundbreaking success, Disney decided to expand it into a trilogy with the next two movies coming out in consecutive years.

The next one was ‘Pirates of the Caribbean: Dead Man’s Chest’. It came out in 2006 with excellent fanfare and collected over a billion dollars, particularly because of how great the previous one was. The story directly follows the events of the first movie. Will and Elizabeth are arrested for aiding Jack Sparrow and they are to retrieve Jack’s compass to save themselves from the death sentence. But Jack has a different worry altogether. He needs to find the chest that contains the heart of none other than Davy Jones, who is a mythical captain of the ghostly ship, the Flying Dutchman. Jack made a deal with Davy Jones, an all-powerful devil pirate. In order to escape from his inevitable long servitude, Jack teams up with Swann and Turner. Turner, on the other hand, finds someone personal on the doomed Flying Dutchman. Moral dilemmas and wild adventures follow as the film became the highest grosser of 2006.

The third one came out a year later in 2007. Critical reception was already in the decline since ‘Dead Man’s Chest’ and this one only followed the trend. In ‘Pirates of the Caribbean: At the World’s End’, we now have the East India Company against which all the pirates have united. With the influence over Davy Jones and the Flying Dutchman, Lord Beckett intends to wreak havoc on pirates and only Jack Sparrow, who is stuck inside Davy Jones’s locker, can help others. It is an all-out war against the dark unholy alliance of Davy Jones and the East India Company and the pirates have only one option left – Calypso. Calypso is the doomed lover of Davy Jones and the captains’ last hope. They all unite in order to pursue her as the Flying Dutchman and Black Pearl lock horns with each other.

Chaos and epic battle follow as every individual’s hidden agendas come to the surface. Amidst personal conflict and greed, Jack Sparrow, Elizabeth Swann, and Will Turner must defeat all that is evil. The movie did well by Hollywood’s standards but failed to reach the previous one’s commercial success. Even the critical reviews were mixed to negative. 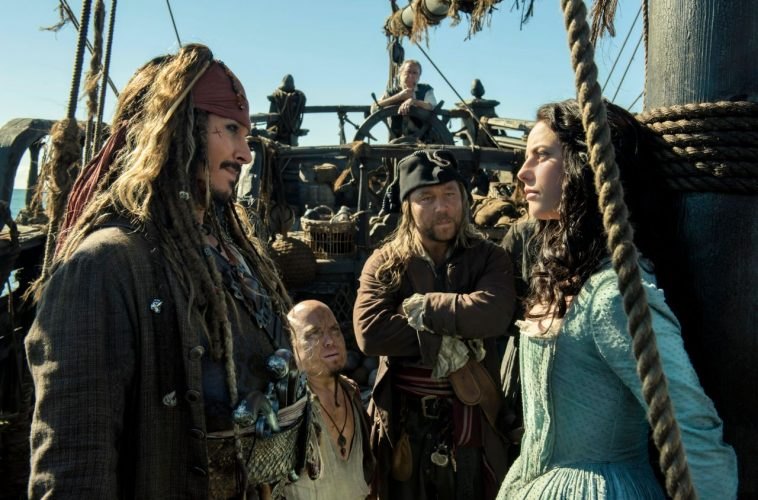 Following the end of the original trilogy, Disney further pushed the series with the release of ‘Pirates of the Caribbean: On Stanger Tides’ in 2011. Both Keira Knightley and Orlando Bloom gave this film a miss as their characters don’t appear in it. Instead, we meet Penelope Cruz‘s Angelica. She’s an old flame of Jack Sparrow’s with secrets. She forces Jack Sparrow to find the Fountain of Youth in order to save his father Blackbeard’s (Ian McShane) life from a curse. Unfortunately, they are not the only group trying to find it. Captain Barbossa also intends to find it for the British before the Spaniards. Needless to say the film didn’t enjoy the success it was hoping for.

Later in 2017, we had ‘Pirates of the Caribbean: Dead Men Tell No Tales’. We have a new nemesis of Jack Sparrow, a ghost named Captain Salazar (Javier Bardem) who frees himself and the crew out of Devil’s Triangle and vows to take revenge on Sparrow. On the other hand, a boy intends to find the Trident of Poseidon in order to save his father from a curse and for that, he takes help from Jack Sparrow. Jack also needs to retrieve the Trident in order to fight against Salazar. Geoffrey Rush finishes his celebrated run as Captain Barbossa. Orlando Bloom and Keira Knightley reprise their roles in cameos but the film again failed to reach the height of the original one. Its failure proved that the franchise has reached a saturation point, which also parallels with the fall of its star, Johnny Depp.

Pirates of the Caribbean 6 Plot: What’s it About?

‘Pirates of the Caribbean 6’ is expected to follow up with the events of ‘Pirates of the Caribbean: Dead Men Tell No Tales’. In the post-credit scene, we see Will and Elizabeth sleeping as Will sees a nightmare in which Davy Jones returns. He wakes up thinking it as a bad dream but it is actually quite real. So Davy Jones is back and we will see his revenge focusing on Will and Elizabeth. Davy Jones also has unfinished business with Jack Sparrow.

But the biggest question is Johnny Depp. In light of his tumultuous personal life and falling stardom, Disney doesn’t want to take any risk anymore. Depp’s messy divorce with Amber Heard is out in the open and it seems like he’s all but dropped from the franchise in order to inject new life into it. So we can see a movie without Depp in it, a complete reboot of the series or even a female-led one. A script by the writers of ‘Deadpool’ was in development, but even they have dropped out of the project earlier this year. To be honest, the speculations and rumors about this one are wild and it is hard to find any concrete information about the development.

Pirates of the Caribbean 6 Cast: Who Is In It? 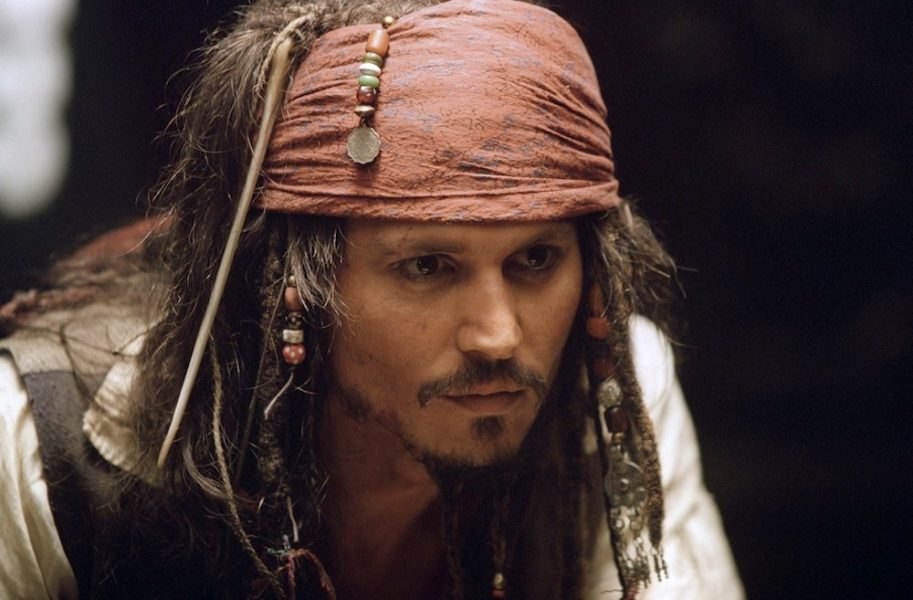 ‘Pirates of the Caribbean 6’ can well be the first movie without Johnny Depp headlining as Jack Sparrow. Apart from that, if the plot directly follows ‘Pirates of the Caribbean: Dead Men Tell No Tales’, then we can expect Keira Knightley and Orlando Bloom to return. Bill Nighy should also come back to strike menace as Davy Jones. Outside this, it can be anybody’s guess. If we see a complete reboot, then new actors will come, but for that, we need some sort of official statement from the House Mouse itself. But judging by the fan petitions, it looks like fans haven’t given up on Depp yet.

Pirates of the Caribbean 6 Release Date: When Will it Premiere?

‘Pirates of the Caribbean 6’ is marred by controversies and uncertainties. If at all this movie sees the light of the day, it will be at least a couple of years of wait. So our best bet is 2022, but if we get lucky, 2021 can also be a possibility. More than anything, we want to see the beloved series back on its feet with fan-favorite characters and the same expansive sea world, with or without Johnny Depp.