Will There be a Skyscraper Sequel? 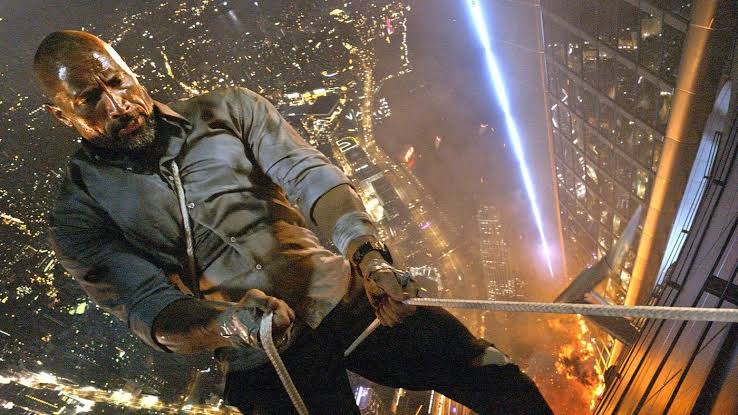 ‘Skyscraper’ is yet another addition to Hollywood’s long and well-established list of big-budget action movies. It provides the staple content that makes certain films a resounding success. ‘Skyscraper’ has all the ingredients of a blockbuster. It has a wonderful and high-profile cast, a tight fast-paced plot, and a hero that is relatable while being admirable at the same time. Thus, it is no surprise that the movie became an instant hit among audiences.

Directed by Rawson Marshall Thurber, ‘Skyscraper’ is the first non-comedy movie of the man’s career. It released in 2018 and the story follows an FBI agent who must save his family, after they get trapped in the tallest skyscraper in the world, in Hong Kong, when the building comes under attack from terrorists. Upon release, the film was praised for the performances and overall suspense, while some critics said that the premise was too similar to other movies like ‘Die Hard‘. That being said, ‘Skyscraper’ managed to bring in over $304 million worldwide, against a budget of $125 million.

Naturally, the commercial success of the movie, coupled with the high-profile cast means that ‘Skyscraper’ is primed and ready for a sequel. Here is everything we know about ‘Skyscraper 2’.

Skyscraper 2 Plot: What Can It Be About?

The thing that viewers must realize at the end of ‘Skyscraper’, is that the movie is complete in itself. It does not leave any clues that can be picked up in the next movie, or have any open-ended conclusions. By the time the film ends, viewers know the entire story that transpired has come to a close.

Despite the story arc being closed, financially successful movies tend to get sequels. Thus, if ‘Skyscraper 2’ does get made, the question is what could the story be about? Well, keeping to true Hollywood fashion, it could very well have the protagonist trying to save his family from yet another highrise, where they could be trapped due to terrorist attacks or natural disasters.

However, if the filmmaker puts a little bit of thought into the sequel, the chances are that the plot will head in another direction. Make no mistake, the crux of the movie will still be about the protagonist rescuing his family, but it won’t be from a skyscraper. The sequel could very well put the family in other precarious situations, as the protagonist goes above and beyond in an attempt to save them.

If ‘Skyscraper’ is set on building a world, the sequel could in fact be set in the protagonist’s past. We know that he is an FBI agent who used to be a Marine. Thus, the movie could very well explore his army days, or the time spent with the Bureau. What we have in the movie is an extremely relatable hero, since he is not invulnerable. In fact, the prosthetic leg that he has makes him exercise caution in all his actions.

Therefore, a sequel could explore the psyche of the protagonist as he goes about his job as a private security consultant who happens to be handicapped. If the movie aims for more action, there is a good chance that bad guys could show up while the protagonist tries to go about his job, forcing him to put himself in harm’s way and act like the hero, to save innocent lives.

There are several directions that a sequel to ‘Skyscraper’ could take, even if it decides not to pick up the plot from where the first movie has left off.

Skyscraper 2 Cast: Who Can Be In It?

‘Skyscraper’ has Dwayne Johnson as the protagonist and his star power is enough to catapult many a project to success. Thus, if ‘Skyscraper’ gets a sequel, Johnson will be sure to reprise his role as Will Sawyer, the ex-Marine and former FBI agent. Other characters who are likely to appear are Sarah Sawyer, Georgia, and Henry Sawyer. They are Will’s wife and kids. Neve Campbell, McKenna Roberts, and Noah Cottrell will be expected to reprise their roles in the event of a sequel.

Johnson has delivered one of his most nuanced performances in ‘Skyscraper’ playing a hero who is also handicapped. Despite being an action movie, you can understand the restraint and caution shown by Sawyer, even when his family’s life is on the line. While taking risks, Sawyer still has to keep his own vulnerability in mind. ‘Skyscraper 2’ will most likely focus on the same aspect of the protagonist’s character since it gives an otherwise straightforward film, a much deeper aspect.

Skyscraper 2 Crew: Who Can Be Behind It?

As much as we would like to see Rawson Marshall Thurber back in the director’s chair for a sequel to ‘Skyscraper’, it is not likely to happen. Despite the director having collaborated with Johnson on past occasions, he is not very keen on making sequels to his existing works. In fact, none of Thurber’s movies have sequels, despite audiences demanding them.

The director has made it clear that he likes to keep himself busy making new movies, instead of looking back at his own past and making sequels. His decision primarily comes from the fact that Hollywood relies a lot on sequels currently to keep the film industry going. While filmmakers are more than eager to turn one good movie into a franchise because it means more money, Thurber is firmly focused on bringing new stories to the audience.

Thus, if ‘Skyscraper 2’ gets made, we might be looking at a new director helming the project. Subsequently, the rest of the crew would also be shuffled considering who the new director is comfortable working with.

Skyscraper 2 Release Date: When Will It Premiere?

‘Skyscraper’ came out in 2018 after Legendary Entertainment acquired it back in 2016. While a sequel would take around the same time to be made, considering that action movies take longer to shoot, ‘Skyscraper 2’ will not be coming out anytime soon. This is primarily because Dwayne Johnson has a busy schedule in the near future, right through 2020. Thus, the earliest we could expect ‘Skyscraper 2’ is in 2022 or 2023 if it gets greenlit.

‘Skyscraper 2’ does not have a trailer, but you can check out the trailer for ‘Skyscraper’ in the meanwhile.