Everything We Know About The Strangers 3 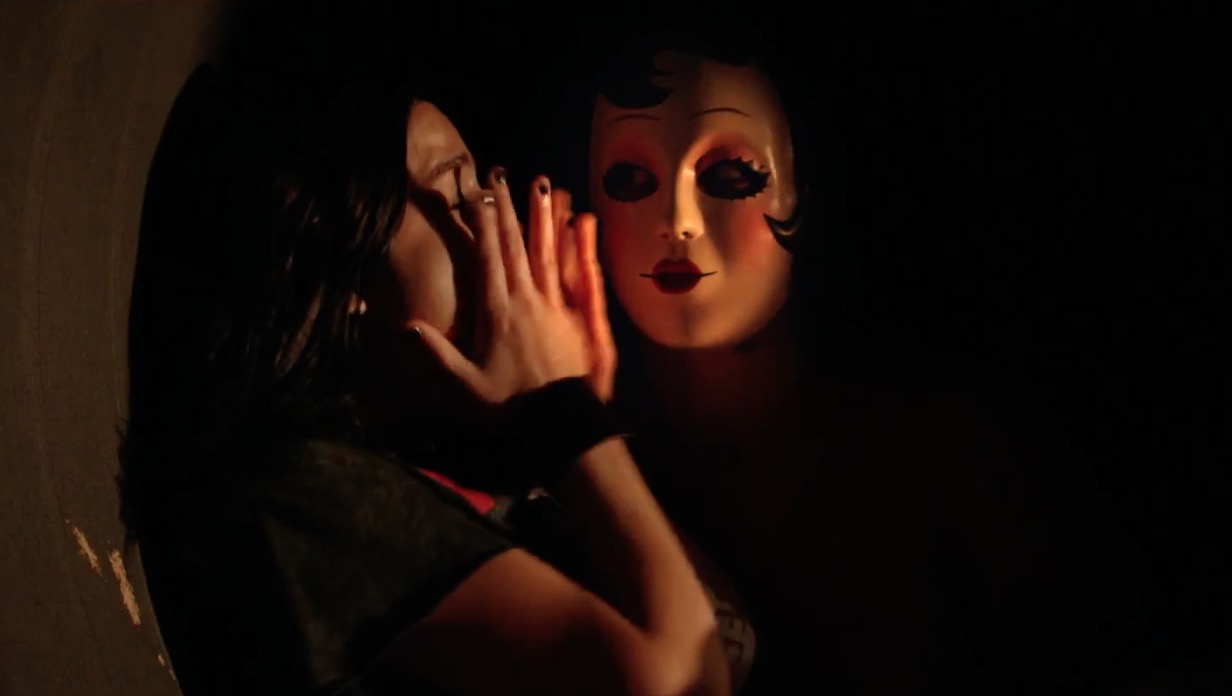 We usually feel safe in our own homes, sure of the domain we are occupying. However, what happens when these very spaces are invaded by intruders who harbor deadly intent? ‘The Strangers’ explores this premise wonderfully as a slasher film inspired by some of the most brutal home invasions that have taken place.

Considering the success of the first film, a second was also made, titled ‘The Strangers: Prey at Night’. The movie follows the exploits of the three deadly killers, the Man in the Mask, Pin-Up Girl and Dollface. We see them attacking yet another family, this time in a trailer park. Violence and mayhem ensue, but the children of the family somehow manage to make it out safely, having overcome and eliminated the killers.

Upon release, the movie was praised by critics for the satire on the horror tropes, and for being more entertaining. ‘The Strangers: Prey at Night’ also became a commercial success, bringing $32.1 million against a budget of only $5 million. Usually, if the success of the initial film has led to a second, there is a good chance that a third might be on the way as well, attempting to turn the film into a franchise. Since the second movie performed well on its own accord, the chances of getting a third installment are even higher. Thus, without further ado, let us tell you everything we know about ‘The Strangers 3’.

The Strangers 3 Plot: What Can It Be About?

‘The Strangers: Prey at Night’ ends on a pretty conclusive note for the bad guys, that is, the Man in the Mask, Dollface, and Pin-Up Girl. We see that their encounters have left them dead as the survivors Luke and Kinsey, recuperate. Despite the central baddies who drew our attention in the two movies, being dead, the franchise itself could be heading in a deadlier direction. It sets this up wonderfully towards the end of the movie when Kinsey hears music from a jack-in-the-box and there is a knock on the door at the same time.

What could this possibly mean, and does it set up a sequel to ‘The Strangers: Prey at Night’? We believe it does. The basic premise of the two ‘Strangers’ movies is that our fates and lives are often tied to the whims of strangers who can be inhumanly cruel. While Kinsey and Luke are survivors, their trauma is not likely to leave them anytime soon. Moreover, Kinsey cannot be sure if the Man in the Mask is actually dead since a common trope of slasher films is that the killer often comes back to life somehow. Therefore, the knock on the door scares her, as the person could be the killer.

The sequel could pick up from right there, or it could go in a more supernatural direction. The music coming from the jack-in-the-box could become something much more creepy and Kinsey and Luke could be shown to be in a haunted hospital. While the kids cannot seem to catch a break, it would make the third installment even more intense, since the people facing the new ghosts or hauntings will already be traumatized by their recent experiences. In the event that the third film does not want to change gears to this extent, it could show the Man in the Mask returning, determined to finish off the job after the death of his two accomplices.

There is always the chance that ‘The Strangers 3’ could tell the story of trauma and how the two orphaned children try to make it through life by being haunted due to the randomness of the violence that visited them. However, this would make the third film very different in tone from the first two, and it seems like a far-fetched concept. I am inclined to believe that a greater possibility exists for the third movie to show other killers being inspired by these three and putting on masks to commit acts of violence. It would increase the magnitude of anarchy and discord that threatens to burst to the surface in both these films and make it an enjoyable watch. Up until this point, the three killers have been more or less an enigma to us, so a third film could explore their backstory as well. However, not knowing their motives makes them all the more deadly.

The Strangers 3 Cast: Who Can Be In It?

If the third movie does get made, the chances are Bailee Madison and Lewis Pullman might reprise their roles as Kinsey and Luke, the survivors. There is also a chance that Damian Maffei might appear as the Man in the Mask, in the event that he does not die in the second film. Apart from that, the cast is anybody’s guess, based on the direction the third film goes.

In case, ‘The Strangers 3’ decides to head in an entirely new direction of slasher movies, the entire cast could be new. We have to wait and see what the plan is, plot-wise, for the third film.

The Strangers 3 Crew: Who Can Be Behind It?

Johannes Roberts directed ‘The Strangers: Prey at Night’ and since he did a pretty good job, earning critical and commercial acclaim, there is a good chance that he might be back in the director’s chair. Since Bryan Bertino has been involved in both projects, first as a director and scriptwriter, and then as the scriptwriter, we can expect him to lend his expertise to the third film as well.

The Strangers 3 Release Date: When Can It Premiere?

‘The Strangers: Prey at Night’ was in development hell for quite a long time and took around 10 years before finally releasing. Hopefully, ‘The Strangers 3’ will not take as long, but still, it will be some time before the movie comes out, since the direction of the story needs to be decided. Thus, we believe it will be at least 2023 until ‘The Strangers 3’ comes out.

‘The Strangers 3’ does not have a trailer yet, but you can check out the horrifying events as they play out in the trailer of ‘The Strangers: Prey at Night’, the second movie.