Will There be an Upgrade Sequel? 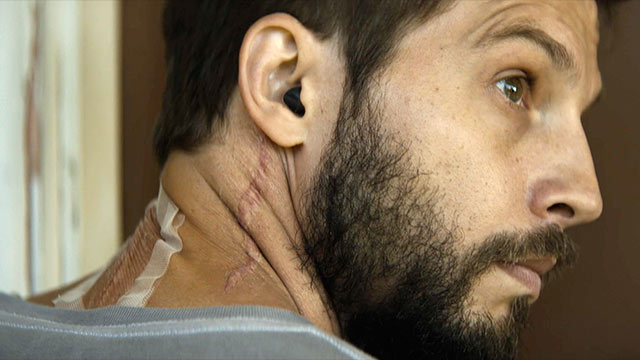 ‘Upgrade’ is a new take on the action genre. It mixes science fiction wonderfully with action sequences, that have not been seen too often in movies, to make a cyberpunk body horror film. ‘Upgrade’ released in 2018 and comes from Leigh Whannell, who is known for his work in the ‘Saw‘ and ‘Insidious‘ franchises. The basic premise of the movie follows a man who becomes a quadriplegic after a mugging. In order to regain control of his life, he is implanted with a chip that helps him control his body. Eventually, the chip also begins helping the man take revenge on those responsible for his wife’s murder. Jason Blum helped produce the movie under his Blumhouse Productions banner.

Upon release, ‘Upgrade’ received critical acclaim, with praises being showered on the dark humor and action sequences in the movie. Critics have also pointed out at the post-humanist theme, and the marriage between man and machine that ‘Upgrade’ offers. Although it has a nihilistic outlook overall, the movie grabbed eyeballs and managed to make $16.6 million against a budget of only $3 million.

Notably, Whannell was initially sure that his movie would not make much at the box office, due to early predictions. Thus, he had eschewed the idea of a sequel at the time, since production houses usually don’t want to invest in follow up movies if the first installment does not bring in money. However, seeing as how the movie earned more than three times the budget and managed to grab eyeballs in an industry dominated by superhero movies, there seems to be a good chance that ‘Upgrade’ will get a sequel. Here is everything we know about ‘Upgrade 2’.

Upgrade 2 Plot: What Can It Be About?

‘Upgrade’ ends on a note that is open to interpretation. Despite the dark and nihilistic turn, the movie takes, the motive behind STEM’s (artificial intelligence chip) desire to control the protagonist, Grey Trace, remains unclear. In the end, we see that STEM has planted an artificial memory in Grey’s mind, which allows his brain to retreat and take comfort. Thus, Grey is essentially brain dead, the last trace of humanity in him has vanished and STEM has successfully taken over the entire body, making Grey an example of a purely Upgraded being. Now that STEM has achieved what it was working towards, from the moment it chose Grey as a host, we have to question where it plans to go from here.

The answer could very well form the premise of the sequel to ‘Upgrade’. Firstly, we know that STEM seems to have a hatred against the other Upgraded, wishing to be unique in its own way. That being said, STEM could very well use Grey’s body, turning him into a perfect killing machine eliminating all other Upgraded beings. This would lend a very ‘Blade Runner‘-like vibe to the sequel.

Alternately, STEM could also team up with the other Upgraded and lead them to some sort of revolution where machines take over man. In most science fiction tropes, the battle of man and machine is highlighted and underscored with the machines winning. STEM might just want to take over the planet although the AI has not made this motive clear in the first movie. However, if that happens, we the sequel could very well be fashioned like a ‘Terminator‘ movie, with futuristic machine-controlled beings eliminating mankind.

One thing is for certain, STEM desires control and is working towards a bigger picture. This is hinted at by the hacker who removes the controls set in place, allowing STEM to completely take over Grey’s body. When the hacker says that ‘they’ cannot be allowed to win, it seems to hint at the parties tracking Grey, but there is a good chance that the hacker was aligning herself with STEM, and is actually pointing at a very different ‘they’ than what we imagined. Either way, the sequel will have to do with STEM’s actions and how they affect the futuristic world it inhabits.

To make fans happy, we should also let you know that Jason Blum, who is extremely candid about his projects, has taken to Twitter to confirm that there might be more in the ‘Upgrade’ universe. Now, the producer has not mentioned whether it will be a sequel movie or a spinoff, or even if the next installment in the universe will be a television series. However, seeing as the ending has been left open-ended in ‘Upgrade’, these are a few possibilities that could be explored in ‘Upgrade 2’.

In the event that ‘Upgrade 2’ is made, some of the cast members will definitely be making a return. Logan Marshall-Green is likely to reprise his role as Grey Trace, the protagonist, while Simon Maiden will definitely be lending his voice to STEM once again. We are also likely to see Kai Bradley reprise her role as Jaime, the mysterious hacker who helps Grey and also seems to be on the side of technological inventions coming into power in human society.

Apart from that, cast members could be added depending on the direction the story takes and avenues it decides to explore. There is a good chance that Harrison Gilbertson and Melanie Vallejo will appear as Eron Keen, STEM’s creator, and Asha Trace, Grey’s late wife. However, these roles are expected to be in flashbacks since both characters died in the first movie.

Upgrade 2 Crew: Who Can Be Behind It?

If a sequel to ‘Upgrade’ is made,  Leigh Whannell may not return as the director, since he has said that he isn’t keen on directing a sequel. Although the first screenplay came from him as well, new writers might be roped in to build on the universe that has been created. Blumhouse Productions will definitely be attached to the sequel as the production company backing it, considering the financial success of the first movie.

Upgrade 2 Release Date: When Can It Premiere?

‘Upgrade’ did not take too long to make, being in the works for just a year before coming out in 2018. However, Whannell has expressed his reservations about directing a sequel. Which means, even if the project gets greenlit, a new director might have to be hired. So, if at all, Upgrade 2 gets made, we will only see it release sometime 2022 or later.

‘Upgrade 2’ does not have a trailer yet, but you can check out the trailer to ‘Upgrade’ below.