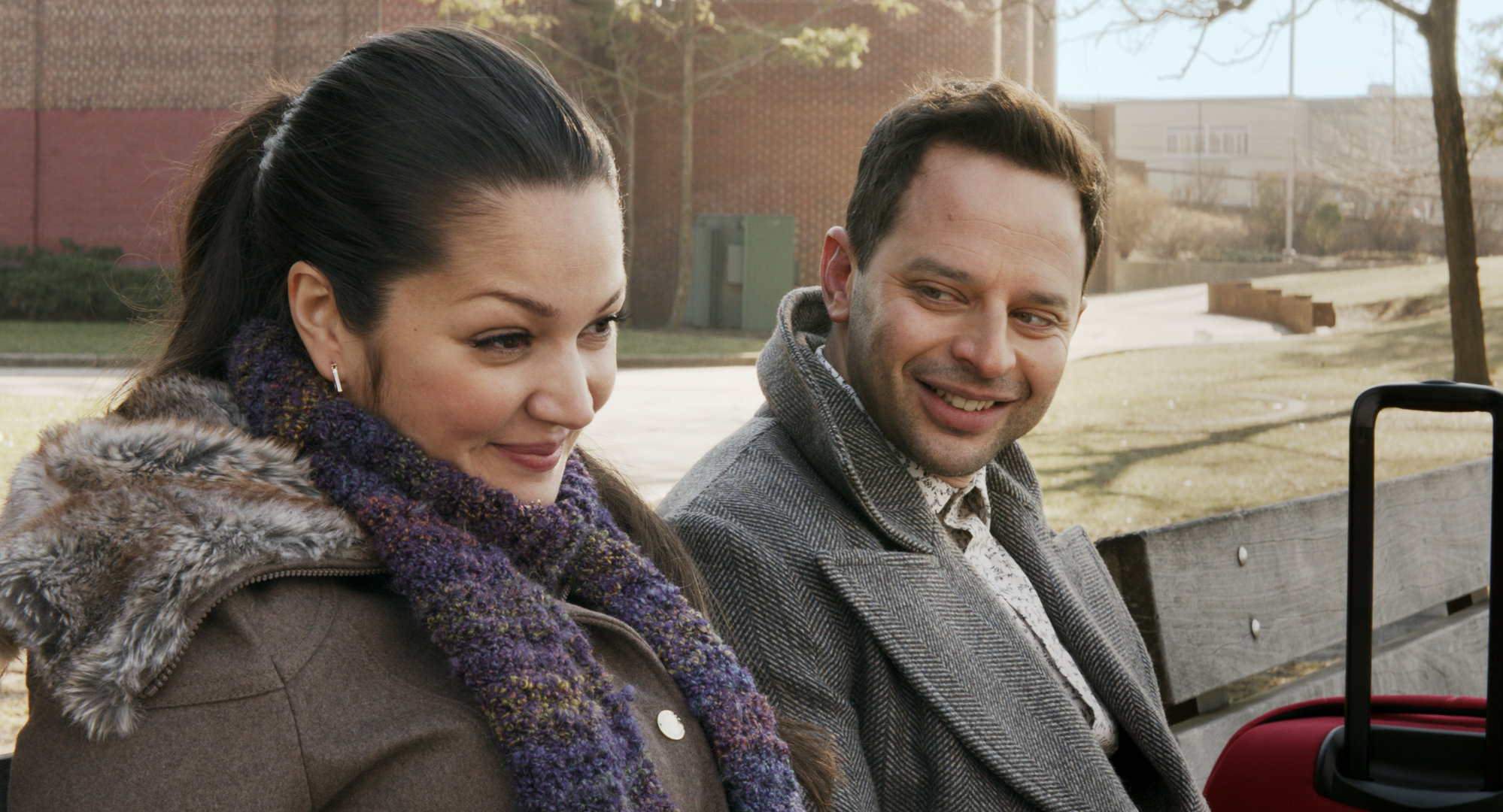 Nick Kroll’s voice is more popular than his face because of his long and impressive list of titles as a voice actor. He even lent his voice to more than one character in the same scene. Kroll emerged as a rising star in the stand-up comedy arena in the early 2000s. He started touring the U.S. with the stand-up shows and appeared in a number of podcasts and radio comedies. The comedian joined the team of VH1 clip show during the early stages of his career. The show, which was a hilarious take on people and events in the pop culture, earned him more visibility. Kroll made his television debut with the 2006 show ‘Late Night with Conan O’Brien.’ His breakthrough as a comedy writer came with the 2007 show ‘Human Giant’ on MTV. Apart from writing the script for the sketch comedy, Kroll also played the characters Fabrice Fabrice and Brolin DiBiasi. Fabrice went on to become a crowd favorite and earned widespread popularity for the comedian.

Kroll’s next breakout role was Nick Hedge in the show, ‘Cavemen,’ which ran from 2007 to 2008. The ABC show was based on the characters of GEICO Cavemen commercials. Even though the series wrapped up soon, Kroll’s character went on to become a huge sensation and the immense popularity prompted ABC to establish a long-time partnership with the writer-comedian. Kroll landed his cult show ‘Reno 911!’ in 2009. The Comedy Central production was a mockumentary and parody at the same time. He made his directorial debut with the television short ‘Cavalcade of Personalities,’ which featured Craig Baldo and John Mulaney in the lead. The film earned critical praise for its usage of real-life newsreel to expose the real faces of prominent public figures.

Kroll was next seen alongside Paul Rudd and Jason Segel in the movie, ‘I Love You, Man.’ He launched the sketch comedy show ‘Kroll Show’ in 2013 on Comedy Central. According to Kroll, the show was an attempt to recreate the “channel surfing experience” on television with the help of numerous hand-held shots, intercuts, superimpositions, texts, and off-screen commentaries. He continued his characteristic mockumentary style in the show, which parodied popular reality series like ‘Duck Dynasty,’ ‘The Osbournes’ and ‘Keeping Up With The Kardashians.’

A voice role in DreamWorks animated superhero film ‘Captain Underpants: The First Epic Movie’ elevated Kroll’s profile as a voice actor into new heights. Though the movie and his performance received lukewarm response in the early days of the release, his character, the vicious mad scientist Professor Poopypants, later garnered considerable fan following. During the second half of the 2010s, Kroll shifted his focus to non-comedic, character roles like Bernie Cohen in ‘Loving‘ and Rafi Eitan in ‘Operation Finale.’

Kroll’s other works include ‘Dinner for Schmucks,’ ‘The Life & Times of Tim,’ ‘Sit Down,’ ‘Shut Up,’ ‘The Simpsons,’ ‘Thank You Very Cool,’ ‘Sausage Party,’ and ‘Oh, Hello on Broadway.’ Kroll has also published the coffee table book ‘Bar Mitzvah Disco’, which he co-wrote with Roger Bennett and Jules Shell in 2005. So now you must be wondering what is the next Nick Kroll movie or TV show? Well, here’s the list of upcoming Nick Kroll films and TV shows scheduled to release in 2019 and 2020. We can only hope that the latest Nick Kroll movies would be as good as some of his recent ones. 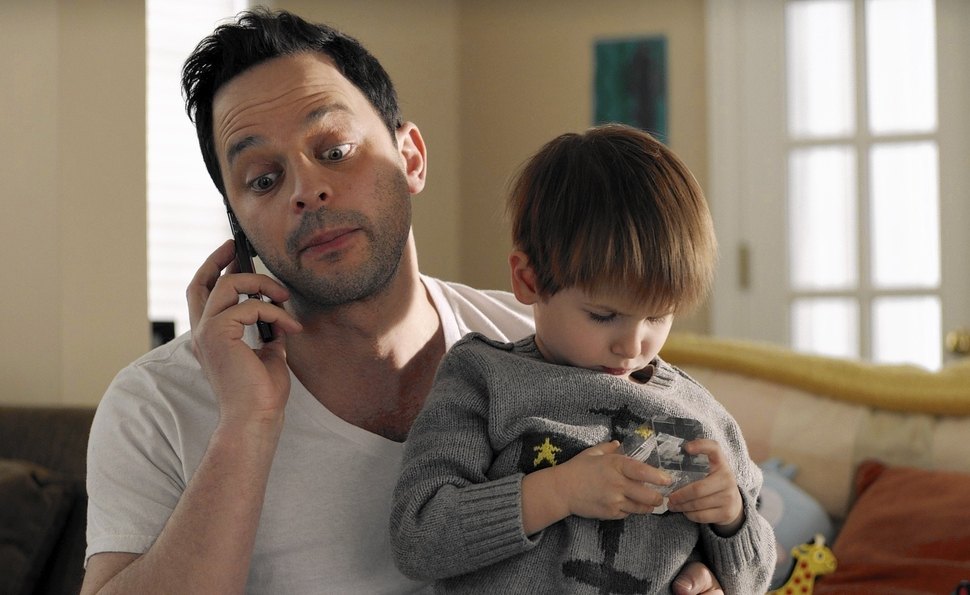 Nick Kroll is one of the creators of the animated comedy series ‘Big Mouth‘ from Netflix. He also voices various characters in the show, which are based on his childhood memories and experiences along with his best friend Andrew Goldberg, who is the co-creator. Kroll explores the fears, dreams and thrills of puberty through a group 12-year-old, well-defined characters. The plot centers on Nick (Nick Kroll), Andrew (John Mulaney), Jessi (Jessi Klein), Missy (Jenny Slate), and Jay (Jason Mantzoukas) who are navigating through the painstaking process of growing up. Nick, Andrew, and Jessi have their own personal hormone monsters to deal with. Kroll lends his voice to the boys and Maya Rudolph voices the girls.

The monsters always pester the teens about their haunting pubescent fears. The other members in the voice cast include Fred Armisen, Jordan Peele, and Joe Wengert. Nick Kroll and Goldberg created the show along with Mark Levin and Jennifer Flackett. Netflix aired the first season of ‘Big Mouth‘ in September 2017, which went on to become a huge success and garnered positive reviews. The second season came out in October 2018. After the success of the first two seasons, Netflix greenlit a third season. According to reports, season 3 of ‘Big Mouth’ is expected to come out in 2019. Netflix has also aired a Valentine’s Day special episode of the show on February 14, 2019. 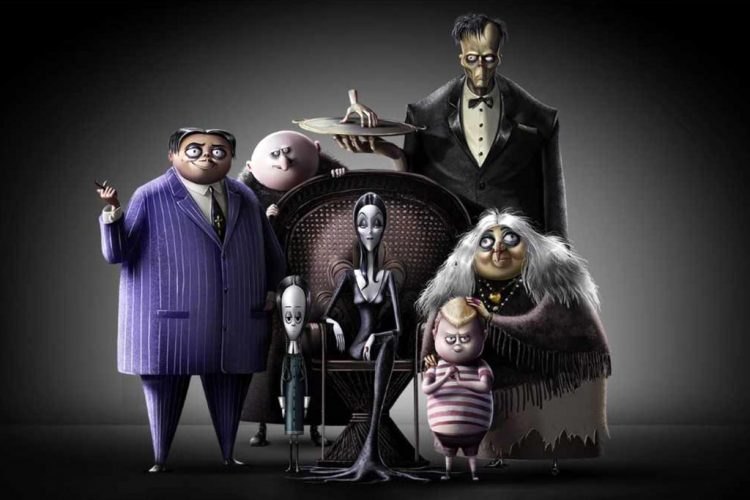 Nick Kroll plays the role of Uncle Fester in the upcoming animated comedy feature ‘The Addams Family’ from MGM. The plot, which is based on illustrator Charles Addams’ characters from the popular ‘New Yorker‘ cartoon series of the same name, revolves around Gomez Addams (Oscar Isaac) and his wife Morticia Addams (Charlize Theron). Uncle Fester (Nick) is Gomez’s brother, who stays with the family. The other family members include Gomez and Morticia’s daughter Wednesday (Chloë Grace Moretz), son Pugsley (Finn Wolfhard) and Grandmama (Bette Midler).

Uncle Fester, who is also known as Fester Addams, is a shadowy figure in the comics. He always appears wearing a long black coat with long collars. He likes to fish using dynamite and keeps his hunter pigeons on the roof. Uncle Fester often claims he can generate electricity and magnetic fields. In order to prove his skills, he puts a light bulb in his mouth and makes it blink. He showcases his magnetic field ability by levitating a metal paperweight. Fester is also known for his frequent migraine attacks. The man has improvised a method to battle with the headaches. He places his huge head in a large screw presser and tights it hard to alleviate pain.

‘The Addams Family’ is directed by Greg Tiernan and Conrad Vernon from a script by Matt Lieberman. MGM will release the movie through Universal Pictures on October 11, 2019. ‘The Addams Family’ was first adapted for television in the ’60s. Since then, the iconic characters have been featured several times on television, films and comics.