Who is Night Angel on ‘The Masked Singer’? 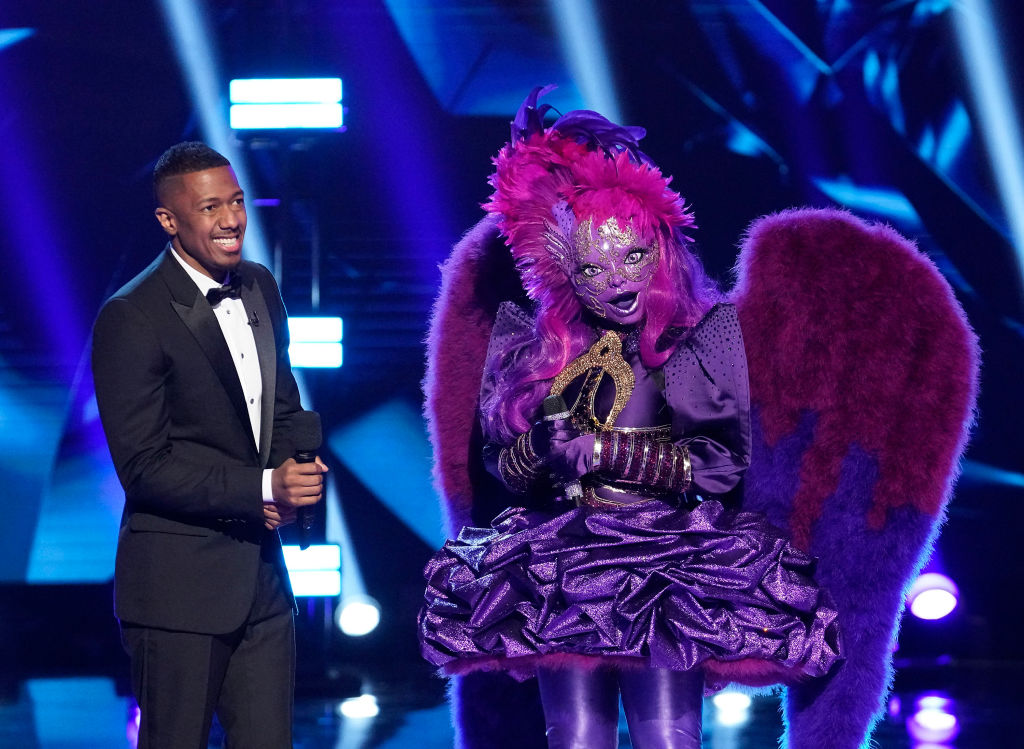 ‘The Masked Singer‘ has given us some wonderful performers, and intriguing outfits over the seasons. We’ve had the likes of Thingamajig, and Season 3 Group C brings us Night Angel. Many are still confused about what a Night Angel is, let alone who. Yet again, there are many who’ve found the performer’s appearance rather unsettling and have made jokes about the outfit giving them nightmares.

However, everyone seems to be in agreement that Night Angel is a fantastic performer. She belted out Bon Jovi’s “You Give Love a Bad Name”, and followed it up with Lady Gaga’s “Million Reasons.” Naturally, you might be wondering who this potentially scary performer actually is. We have the clues and guesses right here. You can also refresh your memory with the first clue package, to see if anything jumps out at you.

Night Angel starts her clue package saying that performing on stage reminds her of the joy she has for music. She tells us that years ago, she was sitting in a room full of angels, but felt lost in the crowd. As a result, she decided to make a change.

We see Night Angel falling from the sky, onto what looks to be a busy intersection. However, she appears to land in an alley, where we see a castle and a strawberry, painted on the wall behind her as graffiti. Other visual clues include a roaring fireplace, a white hand fan, a pitcher of sweet tea, and a purple heart.

We pick up on clues like ‘hustle’ and ’empire’ in Night Angel’s introduction. Her yearbook quote suggests lending a ‘helping wing’. You can check out the clue package here.

Last week we’d deduced that Kandi Burruss, known for ‘Real Housewives of Atlanta‘ (RHOA), might be behind the outfit. The new clue package only makes us want to reaffirm this guess. After all, the clue package refers to being lost among angels. Kandi was part of a group called Xscape.

The tea clue might refer to Kandi being from the south, or the tea spilled in ‘RHOA’. The strawberry and castle might refer to the restaurant Kandi owns in the Castleberry Hill neighborhood. Notably, this restaurant is called Old Lady Gang, which might tie-in with the gangster grandmoms we see in the first package.

Kandi also mentions that destiny brought her back to the stage, which might refer to her articles for Destiny’s Child. Moreover, it appears that fans have recognized her voice. You can check out a tweet, where a fan asserts that Night Angel is none other than Kandi.

On the masked singer, the “night angel” is definitely kandi burress. These guesses are whack. Her voice is very distinct. 100% certain.

While Kandi seems to be the most popular guess, many have interpreted the ’empire’ clue in isolation. They have taken it to refer to the series, ‘Empire‘. Keeping this in mind, many fans have gone with Taraji P. Henson as the person behind the Night Angel mask.

However, Nick Cannon himself seemed rather incredulous when he heard that Cookie (Taraji’s character) might be wearing the outfit. Nonetheless, you can check out a tweet claiming that Night Angel is Taraji P. Henson, below.

My first guess was Taraji P. Henson too @MaskedSingerFOX #NightAngel

As is the case with enigmatic performers, fans have thrown in guesses like Jessica Alba and Stevie Nicks as well. However, we do not feel it is the popular actress, or the former Fleetwood Mac member, behind the mask. For now, Kandi remains the best guess, having analyzed both the clue packages.

Night Angel is a powerful performer, and likely to make it past Group C’s finals. Thus, with more performances and clue packages, we will surely be able to deduce Night Angel’s identity, with a degree of certainty.