Will There be a Season 3 of Nightcap or is it Cancelled? 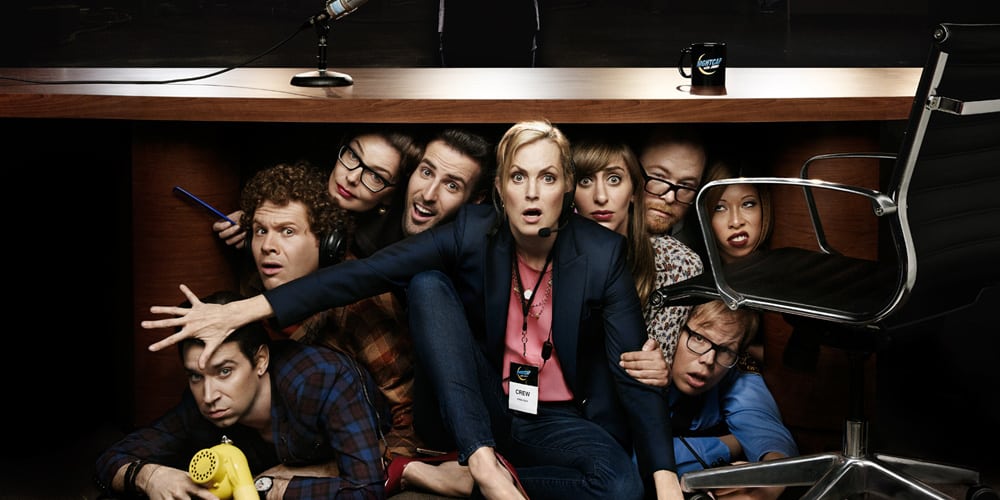 Ever since the dawn of classical Hollywood cinema, the single-camera setup has been the standard for films in general. In television, however, a multi-camera setup always made sense; it helped the crew catch up to a hectic release schedule because production was faster, and on the whole, cheaper as well.

While it is purely a technical and production-related decision on the surface, today the single-camera and multi-camera styles have come to represent a whole lot more than that – especially apparent in the domain of sitcoms. As a disclaimer, we do not make these watertight compartments, but merely a statistical phenomenon: multi-camera setup in the past few decades have invariably been associated with an older age of sitcom – championed by the OG Seinfield, to Friends, Cheers, and more recently Two and A Half Men.

Including the Big Bang Theory, the modern multi-camera sitcoms are treated by critics as the black sheep of the herd, often in association with an outdated and formulaic diction of writing – complete with laugh tracks. The more cinematic and Hollywood-standard single-camera sitcom is not really a novelty. The earliest ABC and CBS gigs, e.g. The Real McCoys (1957-1963) and Pete and Gladys (1960-1964) had single-camera setups.

The most recent plaudits in the long line of this canon, however, is earned by a distinct type of comedy that sits close to a mockumentary in filming and editing (The Office US being the best example). Hearkening back to the likes of 30 Rock, Pop’s ‘Nightcap’ also falls in line after these Office-inspired shows that attempt to simulate and satirize a real-life premise – which, in this case, is a talk show, available to stream on Amazon’s Prime Video.

Nightcap Cast: Who is in it?

Nightcap – perhaps self-consciously – does not go for what one would call a star-studded cast. This is possibly due more to budgetary strains, but in effect, the show is an equally challenging and promising platform for its not-so-famous actors. The cast is a mix of veterans with a few emergent young talents, but at the helm of it is Ali Wentworth, the de jure creator of the show, who figures in her sitcom as the talent booker for ‘Nightcap With Jimmy’.

The rest of the cast is a rogues gallery of characters with their own degrees of eccentricity, much like 30 Rock, or The Office – or about every sitcom, for that matter. Owing much to Ali Wentworth’s own stand-up scene pedigree, the show features a number of well-known comics in recurring roles: Jeff Hiller as Phil the security guard, or Brendan Clifford as Grady Dupont, the personal chef. The main cast, however, features almost exclusively younger TV actors with about a decade of experience: Unforgettable-starrer Laurence Blumenfeld as Penny, Don Fanelli as the producer of the late-night show, Jacob Wallach as Randy, Cherie Rice as Malik the publicist.

Nearly all of the cast appeared on the second season without exits, and we can expect at least the main cast to remain consistent in season 3 as well.

Nightcap Plot: What is it about?

Not to mince our words: Nightcap has the direct imprint of 30 Rock written all over it: Staci, the protagonist figure, is practically Liz Lemmons – and the general procedural structure of the show seems very reminiscent of the debut 30 Rock season. The premise is also exactly the same: Staci Cole, the overwork talent booker, helps to manage the backstage work for the late-night show, ‘Nightcap With Jimmy’. The punchy nature of the humour is made visible just from the name itself: ‘Jimmy’ is notorious for being the most common name among TV talk show hosts (you could cite, say, Jimmy Fallon and Jimmy Kimmel off the top of your head).

Unlike the ilk of ‘The Office’ and a standard sitcom, however, the show does not rely on setup and punchline-based humour but instead goes for something closer to Veep. It does retain the usual strong points of a good sitcom, however: its sharp, layered humour is coupled with impeccable comedic timing. The icing on the cake is its affinity to the spirit of mockumentaries with the wilfully casual editing.

The show has its own version of 30 Rock’s Liz stand as a voice of reason among a team of wacky misfits. Ali Wentworth, therefore, has a heavy shadow of the legendary Tina Fey cast upon her shoulder, and she measures up to these expectation brilliantly. Perhaps a bit too brilliantly – the show’s heavy reliance on Ali Wentworth’s talent is sometimes palpable.

Nightcap Season 3 Release Date: When will it premiere?

Nightcap season 2 premiered on June 7, 2017. When it was picked up for a 10-episode debut season, it was not expected to do as well as it managed. After its debut on January 12, 2016, the show performed well coming from what little recognition a budding network like Pop could earn it. Picked up for a second season, the show did well again. With the improvement and growth in the show’s fanbase, the network has it in its interest to go for a more well-produced third season, and we should half-expect Nightpop season 3 to release at least sometime in Q2 2020. However, it has not been renewed yet, so the release date for a third season is left TBD.

While you are waiting for news on Nightcap season 3, you can always watch the first two seasons if you still have not caught up with the show. Here is a sneak peek into the debut season.