When Will Nightly Pop Season 2 Premiere on E!? 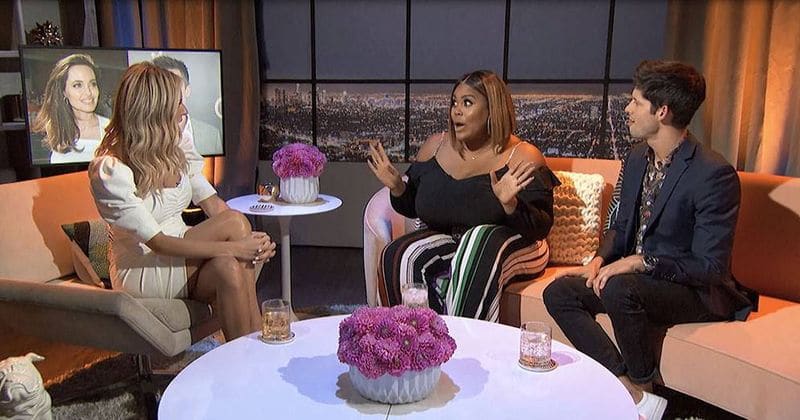 Nightly Pop is a TV program that features some of the most talked stories of entertainment as well as best pop culture news of the week in the form of commentary done by the hosts. This is an E! venture into entertainment pop culture news, and it appears Nightly Pop season 1 made a good start into it. The series is presented by Nina Parker, Morgan Stewart as well as Hunter March and debuted in October 2018. This late-night talk show comprises of stressful as well as refreshing episodes.

The show, as its name suggests, airs at night where the hosts speak about the juiciest and controversial news surrounding the entertainment industry. It acts as a light-hearted refreshment for people after a stressful day. The hosts mostly pick a topic and discuss the various outcomes. The ‘hold no bar’ type of discussion was liked by people as most want the real picture of situations. The series can get weird at times for people as it discusses some of the hottest topics.

Nina Parker, who is followed by many on social media, explained how important it is for her that their content and appearances remain unfiltered. She concerns herself with her image and how she carries herself across the TV.  She hopes to be unapologetic with her way of speaking and believes her views should not come with a ‘footnote’. Parker added how she tells her makeup artist not to contour too much as she wants people to know how she looks and accepts her like that.

The first season of the show was well-received. Now, the question arises: will there be a Nightly Pop season 2? We will delve into that question, but first, let’s quickly look into the details of the series.

Who’s the host of Nightly Pop?

Nightly Pop showcases exhilarating pop-culture, featuring Hunter March, appearing as a social influencer at a time where social media has become a necessity in our lives — especially for entertainment personalities. The excellent Morgan Stewart offers commentary which traverses around the vivid fragments of the show and Nina Parker is the fantastic news correspondent who charms us with her brutal honesty and a great sense of humor. Season 1 sees guest appearances by Brie Bella and Nikki Bella.

The format and cast are likely to remain the same especially when the first season received so much positive feedback. We will expect to see the trio return in Nightly Pop season 2.

What is Nightly Pop about?

Nightly Pop is basically a talk show where the three hosts discuss all the hottest news in the entertainment industry. The hosts pass critical jokes and recount personal stories that are sometimes completely outrageous and amusing for the viewers. They provide weekly wild takedowns as well as breakdowns of popular celebrities.

The format of Nightly Pop is set, and it is likely that the same format would be seen in its upcoming seasons. In the first season, Morgan Stewart, Hunter March as well as Nina Parker, make celebrity predictions, talk about weird dating deal breakers and discuss the craziest tabloid headlines hitting the news. The hosts go on to appreciate the year’s wildest theories and conspiracies, weirdest celebrity scandals as well as paparazzi photos.

Morgan Stewart, Hunter March, as well as Nina Parker, talk about their favorite celebrity self-care treatments and compare face tattoos and much more. They also discuss the biggest news of the week hitting the headlines. One of the news involves Amazon CEO Jeff Bezos’ whose rumored sexts to Lauren Sanchez had been put out on the internet and the storm they caused.

They further talk about their own points of view on the topic of Oscar nominations in the first season. They also talk about Taylor Swift’s character in Cats and debate whether the character has upgraded or downgraded her career.

The show serves as a dosage of entertainment gossip for its viewers and the officials of E! have suggested that it will gradually get larger in scale if the response from fans remains the same. “As our audience’s appetite for entertainment grows, the addition of Nightly Pop will provide our viewers with a weekly dose of primetime pop culture commentary that offers a new perspective in late night with ‘E! News’,” said John Najarian, executive VP, and GM of “E! News” and Digital. He added, “By further expanding our programming, ‘E! News’ continues to elevate and solidify its position as the leading entertainment pop culture news among our competitors.”

Nightly Pop Season 2 Release Date: When will it premiere?

E! has made no official announcements of season 2 yet. But the successful run of season 1 makes us hopeful. The series has received a great deal of appreciation from all over the globe. Critics have also been generous in their response to Nightly Pop. The show has proved to be a huge roar among its fans as it brings a fresh outlook on things, which is very different from the regular talk or gossip shows that people are accustomed to.

Fans of Nightly Pop might have to wait for a few more months for the series to be back with another dose of entertainment. But if things fall in place, Nightly Pop season 2 will most likely release in October 2020.

Interested viewers who have not seen the first season can check out season 1 on E! while waiting for the second part to release soon. Below is a preview from Nightly Pop season one: