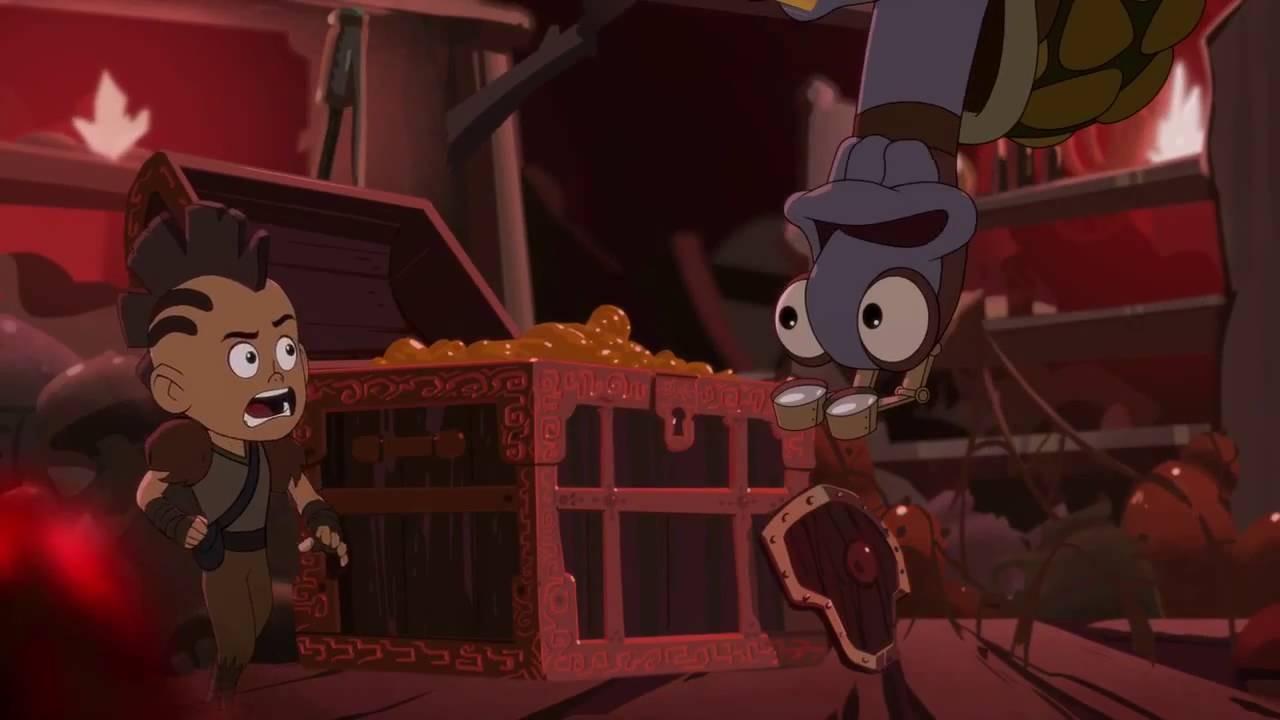 It has been a growing concern in recent times that TV for children and TV for a more mature audience are increasingly showing a tendency to splice the boundary and blur the lines. ‘South Park’, for example, is not a kids’ show at all – its art style of choice is a deliberate aspect of its satire through the folds of aesthetics itself. But while Homer, South Park, and the likes were baked, packaged, and shipped transparently for a mature audience, with its cartoon surface only a deliberate design choice, ‘mature themes’ are not an exclusive category to their bunch.

The classic example cited was perhaps CN’s Johnny Bravo which had some questionable content when you think it was on a network meant for kids. The defence presented is often that ‘kids’ is a broad category in the then TV terminology, and it covers anything from a tender age of three to sixteen, on the verge of puberty – and with changing age, taste in entertainment is also a changing slate that needs to be addressed in kind. Thankfully, with a stricter implementation of age ratings over the years, the networks have cleaned up their act compared to back then – and the streaming services, to boot, hold a clean sheet on this.

When ‘Niko and The Sword of Light’ was adopted into Amazon Prime Kids, it was nearly an official warranty of being family-safe. The show tells a very simplistic tale that is easy to grip, and it is all-around something a child would appreciate – specifically the age group from six to twelve. The question that often gets asked at this stage is, is it good for a more mature audience too if they so wish? The answer would be partially yes as the show does have a number of strong suits going on for it. It was conceived back in 2015 when its pilot episode made its debut on Amazon Prime which led to it being ordered for a full season. The first season of the show finally made its way on TV screens on July 21, 2017.

Niko and The Sword of Light Cast: Who’s in it?

Save for a few extremely high-value productions which are the exceptions rather than the norm, it is usually a given that voice talents generally taken up for the bulk of cartoons in any industry are not household names in the same way tabloid anchors or talk show hosts are (we exclude Anime, as they have a much larger collective target audience). However, they do have some recognition if one is accustomed particularly to kids’ entertainment behind the scenes, and a hierarchy from veterans to newbies in the career exists there all the same.

Niko and The Sword of Light does have a number of stars rocking its casting boat from that perspective – you might not have heard of Andre Robinson who plays Niko (Felix Avitia played Niko in the original pilot that appeared way back in 2017), but the show does star Jim Cummings, who you may remember from a number of Disney films like Lion King and Pocahontas, also Shrek; he plays Mugwhump (also doubles as a narrator), while Thomas Kenny, who you will almost certainly recognize as the voice of Spongebob, plays Mandok (a relatively minor role). Although the contents of the upcoming season are not known yet, we can be certain that at least the lead figures like Andre Robinson, Kari Wahlgreen (Lyra), and Corey Burton (Jackal) would be recast in their respective roles when production for another season goes online.

Niko and The Sword of Light Plot: What is it about?

In terms of a plot, Niko and The Sword of Light does not flaunt any complexities or shocking, revelatory twists in the overarching plots – which is only to be expected, given its target age group. On a rudimentary level, it is the tale of a champion’s quest (here Niko, the protagonist), where he fells many foes and overcomes many hurdles to attain his purpose – that of defeating the stereotypical Big Bad (here, an embodied Darkness). The antagonist is unequivocal evil here, and there is never any figment of complexity beyond pure evil thrown on his character – it is more symbolic of the dark that Niko must fight to bring light back to his land.

So what does the show have in store for people beyond the target age group – adults who simply love cartoon? The art style, for starters, is a masterful piece of work. For us, this is bound to give us animation that will seem to us reminiscent of fluid animation and heavily stylized art of the kind seen in Samurai Jack.

Season 3 is certain to give us more simplistic but compelling tales of an underdog champion beating overwhelming odds, more of its delicate artwork and imaginative world.

Niko and The Sword of Light Season 3 Release Date: When will it premiere?

Niko and The Sword of Light season 1 premiered on July 20, 2017, on Amazon Prime. The first part of Season 2 (The Amulet of Power) as it is called, released on December 27, 2018 and the second part of season 2 released on September 6, 2019. With the kind of traction the show has received now, it could possibly go on for several more seasons even exceeding its original webcomic source material. However, the show still awaits an official announcement of renewal, and so we cannot yet confirm any release dates for next season yet. We speculate that Niko and The Sword of Light season 3 will release sometime in mid-2020.

Niko and The Sword of Light Trailer

While you wait for official announcements, there is the convenience of streaming it online anytime you want if you have Amazon Prime. If you have been looking to dig into the show for the first time, a great head start would be the official trailer for the original first season, which you can watch below: