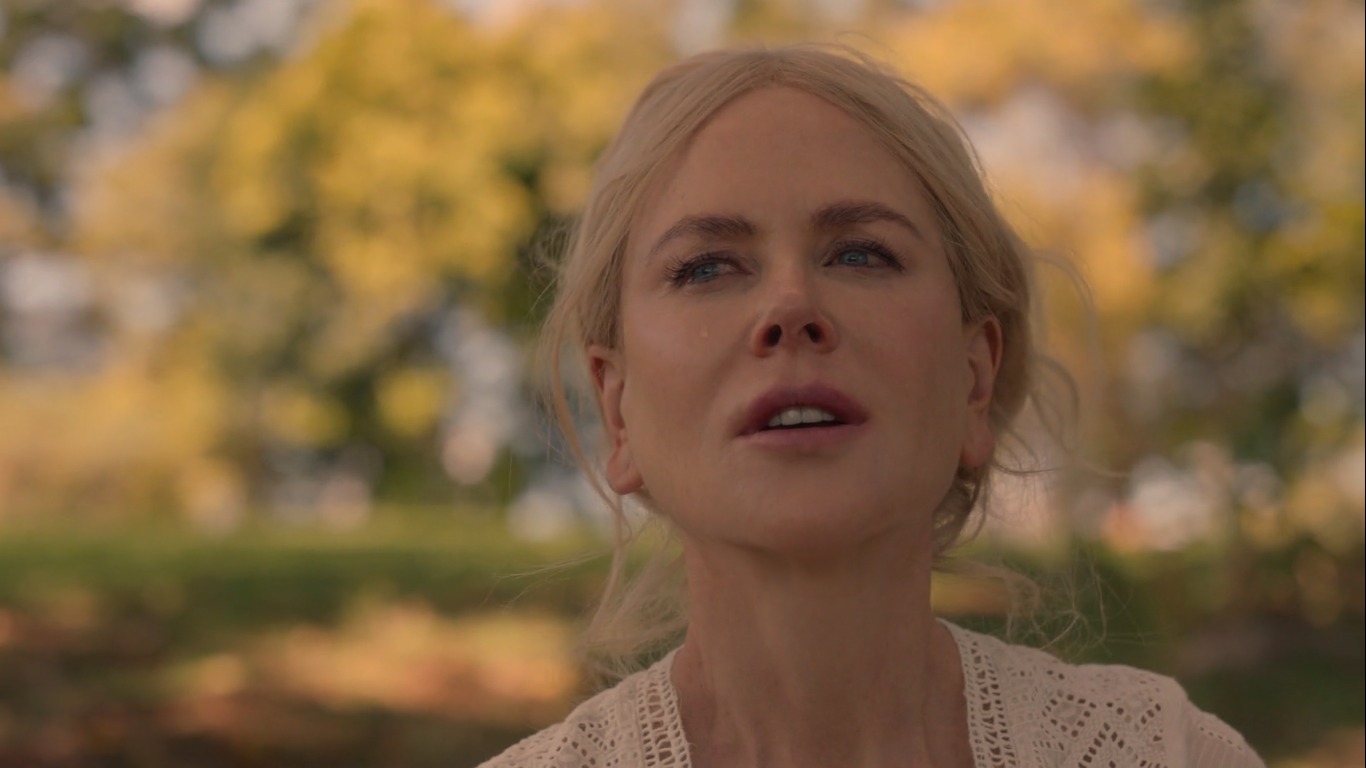 In the lead-up to the finale, episode 7 masterfully lines up the plot points and sets up potentially explosive situations. Things are beginning to unravel fast at the Tranquillum House, and the guests are beginning to panic. Masha also seems to have thrown caution to the winds and is leading the Marconis down a reckless path. Can’t wait to see how it all ends? Neither can we! Here’s everything we know about ‘Nine Perfect Strangers’ episode 8.

‘Nine Perfect Strangers’ episode 8 is scheduled to premiere on September 22, 2021, at 12 am ET on Hulu. The first three episodes were released simultaneously on August 18, 2021. In total, the miniseries has eight episodes of approximately 50 minutes each.

‘Nine Perfect Strangers’ episode 8 will be available to stream on Hulu in the US and Amazon Prime in other countries. You can also watch all the previously released episodes on the respective platforms, depending on your location.

Episode 8, the miniseries finale, is titled ‘Ever After’ and promises to be an explosive episode. Considering it is the finale, there are many much-awaited answers that the episode will likely give us and also inform us of the precarious fates of the residents of the Tranquillum House. It will likely open with the Marconi family in the throes of a psychedelic trip on which they have embarked in order to interact with Zach. The fact that Masha has also ingested the drugs and has subsequently come face to face with her tormentor will also make for some very tense moments in the upcoming episode.

If Delilah has followed through on her threat, there is a high possibility that the police are on their way, which will only add to the chaos currently underway at the Tranquillum House. We will also get to see if Frances and Tony finally end up together and whether Ben and Jessica actually go ahead and renew their wedding vows amidst all the surreal activity. Finally, Lars is possibly the only clearheaded guest who knows the gravity of what is going on, and he will likely take matters into his own hands as things begin to spin increasingly out of control. This could result in him either rescuing the Marconis or even somehow subduing the staff of the Tranquillum House.

Episode 7 opens with Carmel violently assaulting Masha. Later, she apologizes and claims that she thought Masha was Lillian — the woman Carmel’s husband abandoned her for. After subduing a hysterical Carmel, Masha convinces the Marconi family to consume a blend of potent hallucinogens that will allegedly help them speak to Zach.

To prove that the drugs she is offering are safe, the Tranquillum House leader offers to consume them herself. Soon after consuming the blend, Masha goes back to Carmel to check on her. In the closing moments of episode 7, Carmel reveals that it is her who shot Masha all those years ago and that she is also the one who has been sending Masha threatening messages all this time.