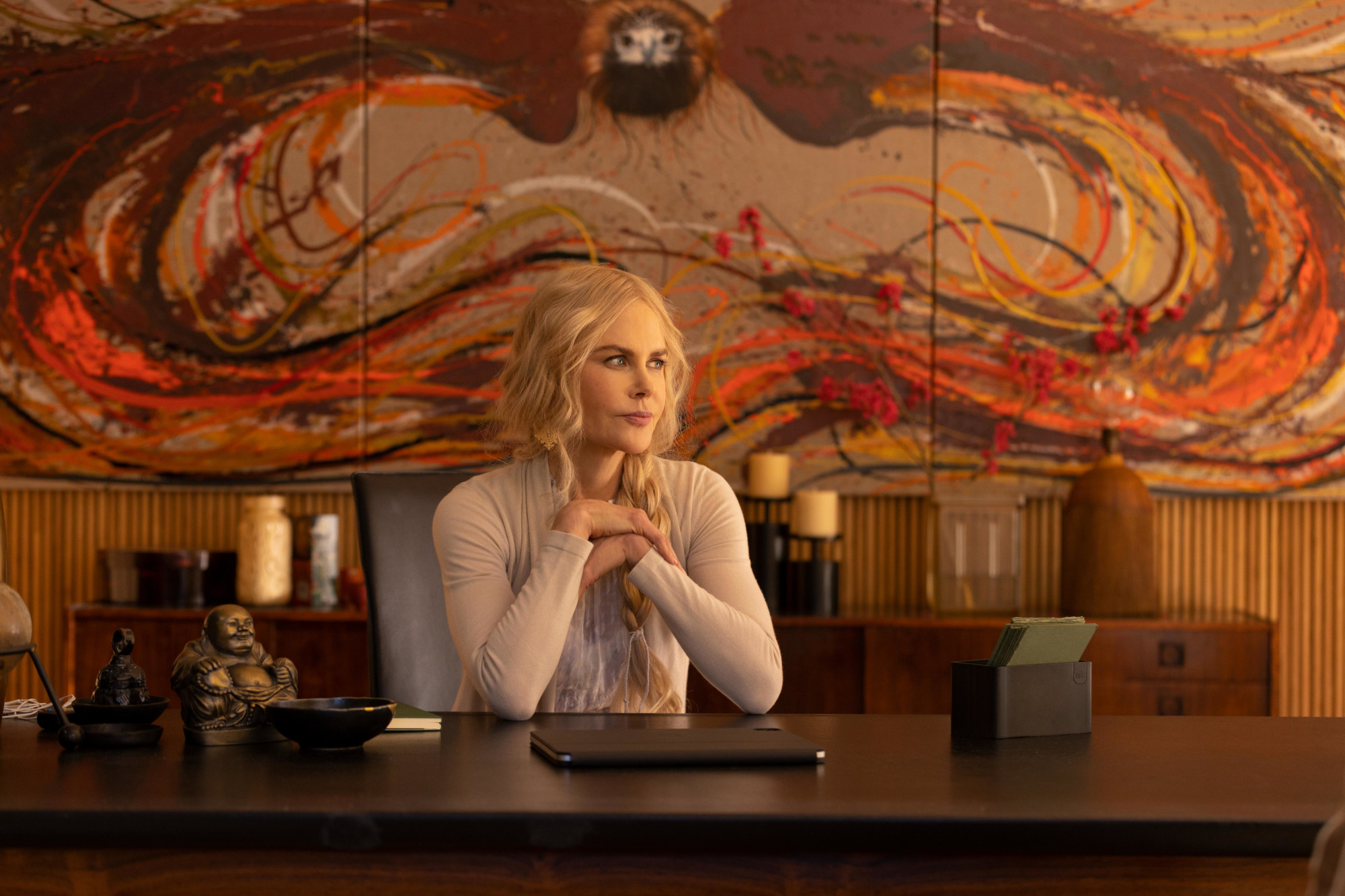 ‘Nine Perfect Strangers’ is a drama series that documents the journey of nine people as they visit a health-and-wellness resort that has the potential to change their lives. The resort is run by its founder, Masha Dmitrichenko, who has a unique dynamic with each of them. On a 10-day-retreat, the guests begin to learn secrets about each other and realize that nothing is as it seems. The show is based on Liane Moriarty’s 2018 book of the same name.

Given that the show is a star-studded affair, it did not manage to impress the critics as much as it should have, as they expected more from the plot and its execution. However, it seemed to receive a warmer response from the viewers, who praised the performances and the intriguing storyline. Developed by John-Henry Butterworth and David E. Kelley, the show originally premiered in August 2021. If you are wondering whether there is a possibility of a second edition, here is everything you must know!

With regard to the show’s sophomore round, here is what we have gathered. ‘Nine Perfect Strangers’ is billed as a limited series, which means that it was intended to conclude after the eighth episode. Although the show is based on Moriarty’s novel, it does not follow the storyline to a tee. This might have given some people hope for a second season as writers could have laid the groundwork for future episodes. After all, ‘Big Little Lies,’ also based on Moriarty’s work, starring Nicole Kidman and spearheaded by David E. Kelley, delivered two seasons.

Additionally, on August 24, 2021, it was announced that the Hulu series became the streamer’s most-watched original ever, looking at the numbers on premiere day and the following few days on the service. However, no formal statements have been made confirming that the show will be picked up for round 2. Moreover, the plotline revolves around the 10-day retreat at Tranquillum House, which comes to an end in the season 1 finale. So, we can safely say that it is unlikely that ‘Nine Perfect Strangers’ season 2 will ever get made.

On the other hand, the director Jonathan Levine remained optimistic about the show’s return. In September 2021, he told BuzzFeed, “I hope that people enjoy it enough for season 2 to be an option. I certainly can imagine where it would go for a second season.” He even went on to share his vision for the future storyline and continued, “The one thing I did think would be cool is if you could get, like, another group of nine. One of them would be, like, a famous person playing themselves.”

But as much as fans would love that, Levine said the decision would rely on series creator David E. Kelley and Nicole Kidman, who plays the lead role and is also one of the executive producers of the show. Seeing how busy Kidman’s calendar is, the chances for the show to come up with another edition are extremely slim. The actress has several new projects lined up, including ‘The Northman’ and ‘Being the Ricardos,’ both of which are in post-production. Moreover, she is part of the television shows ‘Expats’ and ‘Roar,’ which are currently filming. So, even though we may not see Kidman in Masha’s shoes again, her fans have a lot to look forward to.