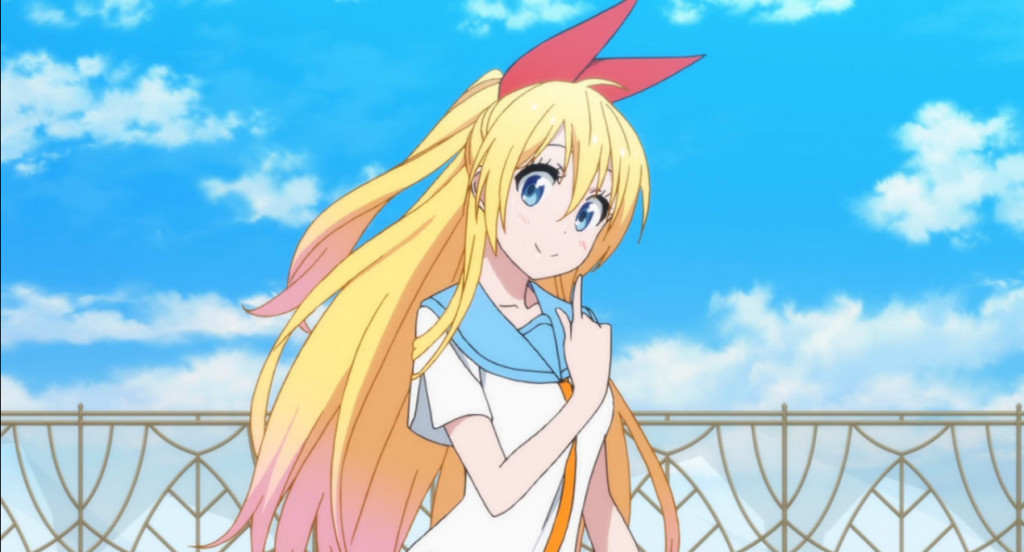 Nisekoi is a Japanese romantic comedy anime television series which is based on a shōnen manga series of the same name. Written and illustrated by Naoshi Komi, the manga series was first published on November 7, 2011, and was quite a hit among among readers. A few years later, the manga was picked up for an anime television series, and Season 1 premiered on January 11, 2014. It was enjoyed by fans of the manga and new viewers alike and was renewed for a second season. Subsequently, Season 2 of the show premiered on April 10, 2015, and since then fans of the show and the manga have been waiting for news on Season 3 of the show. Here’s everything we know about the prospects of Season 3 of Nisekoi.

Nisekoi Season 3 Release Date: When will it premiere?

Nisekoi season 2 premiered on April 10, 2015, and the finale of the season was aired on June 26, 2015. Although years have passed since then, we have heard no news about a third season, and we’re unsure whether Season 3 is coming at all. However, there’s still some time left before we can conclusively say that the show is unlikely to return for Season 3.

While Season 3 of the anime has not yet been confirmed, a good sign of interest in Nisekoi is the fact that a live-action film called Nisekoi: False Love, based on the manga, premiered in Japan relatively recently, releasing on December 21, 2018.  The movie was released across 294 theatres in Japan, so that’s plenty of proof that Nisekoi continues to be popular among the masses. Whether this popularity will translate into Season 3 of the anime show being made remains to be seen. Our best guess is that Nisekoi season 3 release date could fall sometime in 2020 or 2021. We will update this section as soon as we hear more.

Seeing its potential success, Aniplex of America gave the signal to license the series to be simulcast on Hulu and Crunchyroll with English subtitles to cater to a universal audience.

Despite being a romantic comedy, the plot of Nisekoi is an interesting one, and isn’t particularly cliched. The show follows Raku Ichijou, who is the unwilling heir to a Yakuza family called Shuei-Gumi.

10 years prior to the events of the show, Raku had made a promise to his childhood friend that if they were to ever meet in the future, they would marry each other. Although a decade has passed since then, Raku still holds the locked pendant which sealed their promise, and the key is with the girl he made the promise to.

The show picks up at a time when Raku is a first-year student at the Bonyari High School and is trying to live a normal life despite pressures from his criminal and powerful family. Being a typical teenager, Raku has aspirations of becoming a public servant, and dreams of marrying his high school crush, Kosaki Onodera. However, Raku’s grand plans take a backseat when he is forced to fulfill the responsibilities which come with being the sole heir of a Yakuza family.

It all starts off when the American Bee Hive gang invades the Yakuza turf and starts waging a war with the family. As the gang war spirals out of control, the leaders of the two gangs decide that there’s only one way to forge peace – by pairing the children of the two gang leaders. Thus, Raku is forced to date the American Bee Hive gang leader’s beautiful daughter, Chitoge Kirisaki. Yet, this hardly goes well as Raku and Chitoge start to hate each other from the very start, but have to pretend to be madly in love with each other in order to maintain the fragile peace between their two previously warring families.

Further complicating things for Raku and Chitoge is the fact that multiple girls start popping up in Raku’s life, all tied to his past somehow. Meanwhile, Raku has to maintain his fake relationship with Chitoge as he searches for the girl who has the key to his locked pendant.

As months pass, Raku and Chitoge settle into their roles and get used to maintaining their fake relationship. Yet, with time, Chitoge’s perception of Raku changes and she starts to even see the boy she once hated as charming. As Chitoge struggles to deal with her newfound feelings for Raku, more girls join the already long list of admirers vying for Raku’s attention.

Raku Ichijou: The sole heir to the Shuei-Gumi Yakuza family, Raku is an intelligent boy who is perhaps not an adept a fighter as one would expect a Yakuza heir to be. A typical teenager with a soft side, Raku has a past wherein he pledged to marry his childhood friend if they ever met again. While decades have passed since Raku made the promise and the memory has faded considerably, Raku is still seen searching for the girl who holds the key to his locked pendant from childhood. In high school, Raku initially falls madly in love with Kosaki Onodera, and dreams of becoming a public servant and marrying her. However, his plans take a backseat when he is forced to fake a relationship with Chitoge Kirisaki, the beautiful daughter of the American Bee Hive gang’s leader, in order to maintain peace between the two families. Later in the show, after much drama, Raku realizes that despite his initial hatred for Chitoge, it is her he actually loves.

Kosaki Onodera: Another main character in the show, Kosaki is Raku’s high school crush and is the only girl Raku openly has feelings for. However, like in most romantic stories, neither Kosaki nor Raku have any idea that their feelings for each other are mutual, and when other girls queue up for Raku’s attention, Kosaki gets pretty jealous. Shown to be innocent and slightly timid, Kosaki is not a brash person and likes to think things out before she acts. Further, Kosaki shares a close relationship with Chitoge, and the two often share their problems with each other. Hence, Kosaki is also aware of the fact that Raku and Chitoge are only pretending to date because of their families, but she can’t help but wonder whether the relationship between the two is developing into something more than a fake one.

Chitoge Kirisaki: The beautiful daughter of the leader of the American Bee Hive gang, Chitoge and Raku get off to an explosive start in their fake relationship when Raku calls her a savage gorilla. Sharp as a whip and aggressive, Chitoge is quick to attack anyone who gets on her nerves and can be quite an unpleasant person when she wants to be. Understandably, she had trouble making friends as a child. Chitoge is also shown to be an accomplished athlete, and her prowess in sports in matched only by her inability to cook, wherein she often messes up dishes as a result of not measuring ingredients. Despite getting off to a bad start with Raku, Chitoge gradually changes her perception of Raku over the course of their fake relationship, and develops strong feelings for the young Yakuza heir.