When Will No Activity Season 4 Premiere on CBS? 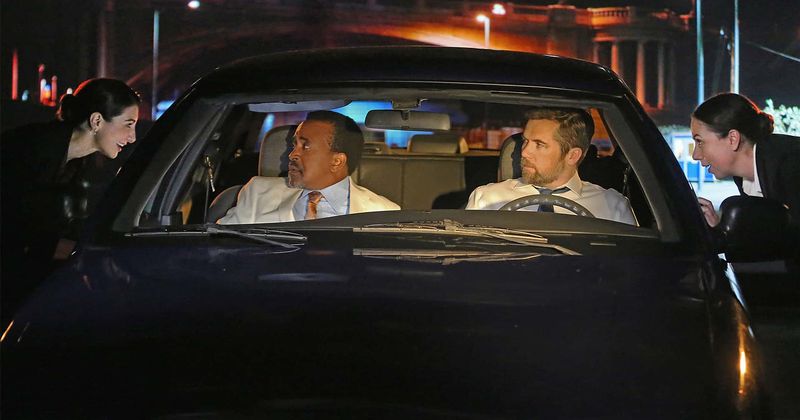 ‘No Activity’ is an web comedy drama that airs on CBS and is based on the eponymous Australian series. Created by Trent O’Donnell and Patrick Brammall, it originally premiered on November 12, 2017. The story is centered around a couple of very unlikely pairs and is set against the backdrop of a major drug cartel bust.

There are two cops who spend most of their time inside a car, two criminals who rarely know what’s going on, two dispatch workers who don’t really get along, and two Mexicans inside a tunnel that lends an extremely small space for a pair of individuals who barely know one another. So you get it right? There’s “no activity” between either of these characters and this is the central theme of this slapstick comedy.

The show has had three successful seasons so far. Now the question is, will there be a ‘No Activity’ season 4? We will delve into that question, but first let’s quickly look into the details of the series.

No Activity Cast: Who is in it?

‘No Activity’ stars Patrick Brammall as the short-tempered, sullen Nick Cullen and Tim Meadows as the calm, composed Judd Tolbeck. Both Cullen and Tolbeck are police detectives. While Brammall is best known for his role of Sean Moody in ABC’s ‘A Moody Christmas’, Meadows’ career spans over 30 years and he has played major roles in multiple shows and films. Some of his projects include ‘Man with a Plan’, ‘Detroiters’, and ‘Bojack Horseman’.

In season 4, the lead cast will obviously be back to reprise their previous characters. However, we expect to see a couple of new faces in the list of guest stars.

No Activity Plot: What is it about?

‘No Activity’ is primarily a character- and conversation-driven show that is best known for its witty exchanges and comic dialogue deliveries.

‘No Activity’ Season 3 picks up the story where season 2 leaves off by following detectives Nick Cullen and Judd Tolbeck as they bust a drug cartel that ends in disastrous consequences. In the ongoing face-offs, packed with the duo’s usual unending banter, they have to deal with multiple weird partners and strange, eccentric criminals. On the other hand, dispatch officers Janice and Fatima have their own issues to deal with. They are employed in the cop back station and continue to send data to and from their peers, while encountering fresh challenges.

Each season of ‘No Activity’ follows a similar format, with the adventures getting renovated in every installment. The premise is actually quite simple. The police are stuck in an extended waiting game that involves busting a drug cartel. But when the gang changes their plans, the cops have no choice but to wait it out and have nothing to do other than talking to one another. The same is the scene with the gangsters trapped inside and the dispatchers at the station.

So, there’s literally “no activity” since nothing happens. The only thing that carries the story forward is the non-stop chit-chat between the featured characters. And amazingly, this set-up works amazingly well. Coupled with spectacular acting prowess, likable personalities, and sharp dialogues, the series continues at an easy pace but manages to bring out quite a few doses of laughter.

Season 4, as and when it happens, is expected to carry the storylines further and continue narrating the tale via the different conversations between its characters. There might be slight changes in the approach when it involves the obstacles faced by the protagonists, but the central formal shall remain the same.

No Activity Season 4 Release Date: When will it premiere?

‘No Activity ‘ season 3 premiered on CBS in all its entirety on November 21, 2019. The third season comprises a total of eight 30-minute long episodes.

As far as a next season goes, the series has been doing remarkably well since its inception. Hence, we won’t be surprised if it manages to be back for another season soon enough. And if it is renewed, predicting the premiere date is really simple since the show follows an almost regular schedule of airing during the Q4 months each year. So, our best guess is that ‘No Activity’ season 4 should premiere sometime in November 2020.

Below is the official trailer for season 3 of ‘No Activity’.