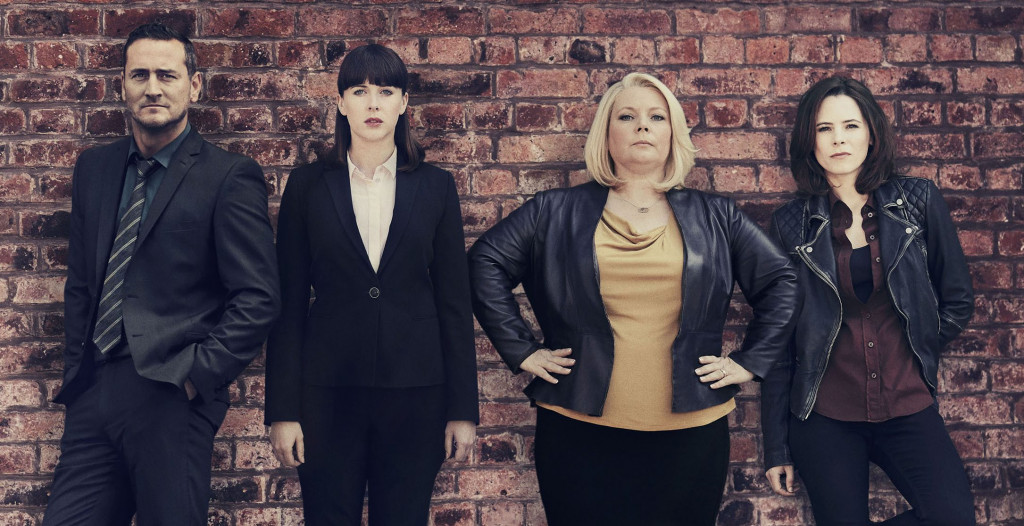 ‘No Offence’ is a British television police procedural drama that airs on Channel 4. The show first premiered in the UK on 5 May 2015. In the US, the show airs on Acorn TV. The show has been created by Paul Abbott and is backed by AbbottVision as the production company. It has been directed by Catherine Morshead, David Kerr, Misha Manson-Smith, and Harry Bradbeer. The series has Anna Ferguson, Simon Meyers, and Philip Leach as producers while Paul Abbott, Martin Carr, and Paul Coe serve as the executive producers.

Detective fiction, believe it or not, has existed in some form or the other before it even became an established profession or discipline – because there the curiosity ingrained within the very human nature warrants that we crave mystery. And when there is a mystery, there are explorers who wish to unravel the puzzle, whom we romanticize and glorify as Holmeses and the Poirots of the world. But unlike books, where the private investigator figure was shown to be above and better than the usually incompetent or corrupt law enforcement agencies, in TV, the detective genre merged invariably with the more modernized police precincts and their government-sponsored detectives into what we know today as cop procedurals. Another thing that may again come as a surprise is that cop procedurals have existed virtually since the inception of serialized TV drama – in the early 1950s, both in the US (‘Dragnet’, 1951 onwards) and the UK (‘Fabian of The Yard’, 1954-1955). Unlike many other subgenres, cop procedurals have always maintained a very reliable niche appeal that never loses traction, giving leeway to modern procedurals like ‘Castle’, and BBC Channel 4’s modern classic ‘No Offence’, which too enjoys a solid fan following.

No Offence Cast: Who is in it?

‘No Offence’ stands out from the crowd of cop procedurals, even without its script, for the strength of its cast, the well-written characters, and the mature acting of the people playing them to boot. Some of the main cast members include Joanna Scanlan as DI Vivenne Deering, Elaine Cassidy as DS Dinah Kowalska, Alexandra Roach as DS Joy Freers, Will Mellor as DS Spike Tanner, Paul Ritter as Randolph Miller among others. This is bolstered by a strong supporting cast as well.

Hopefully, in the upcoming season, we will see our favorite detectives back to solving mysteries and hope to be intrigued by the addition of new characters who will keep things interesting around the precinct, with their politics, emotions, and most importantly, their interpersonal relationships that goes to form the fiber and backbone of the series.

No Offence Plot: What is it about?

One of the many unique things about ‘No Offence’ as a cop procedural is how it completely ousts the male-centric cast in preference of a majorly all-female lead, with Joanna and Elaine’s character at the forefront at all times. The show follows the criminal investigation department of the Manchester Metropolitan Police. Over the seasons, the detectives hunt down criminals and also wonder why they reached where they are, ending up on the wrong side of Manchester.

Aside from being an out and out cop procedural, this show includes elements of black comedy as is so common in shows that incorporate British humor. What really stands out is the cohesion within the police force, as they function as a team trying to protect and serve society to the best of their abilities. However, do not let the external appearances fool you, there is plenty of internal politics and drama that unfurls within the precinct.

‘No Offence’ keeps things intriguing with looming antagonists who are bound to leave viewers on the edge of their seats. This includes serial killers and crime bosses. Over the course of the seasons, we are taken deep into the way the police force works, and show the nitty-gritty of the investigation process, as well as all the bureaucracy and red tape surrounding it. Moreover, sometimes, the personal lives of the police have an impact on their work, and in a line of duty, where even the smallest misstep can end up killing you, this becomes a grave mistake.

The show also stands out because of how it expertly handles content, in a manner which has narrative depth and visual appeal. One particular scene which stands out is (spoilers ahead!) the death of DJ Joy Freers. The show handled it in a unique fashion, showing the ambulance lights go out. Apart from such haunting handling of serious content, it is always a pleasure to watch the detectives work together and stand by each other in their times of need.

Hopefully, in the upcoming season, the series will continue in a similar manner and we will get to see a new crime boss or criminal that is plaguing the society, and our brave detectives from the Manchester Metropolitan Police department will work in unison to bring them down.

No Offence Season 4 Release Date: When will it premiere?

‘No Offence’ Season 3 premiered on September 13, 2018. While there is no official news of Season 4 of the show yet, creator Paul Abbott, already has some ideas rattling about his head for when the show does get greenlit. Seeing as the maker of the show has a direction for the new season, coupled with the fact that the police procedural does enjoy a degree of popularity among the viewers, it is likely that the show will be renewed for Season 4.

If the show does get renewed, No Offence season 4 will air sometime in 2020. However, considering that a story is already being framed, if the production process is sped up once the next season is greenlit, we might even see this show release towards of 2019, though the former presumption seems like a more educated and likely guess.

Check out the trailer for Season 3 of the show to get a better idea of what the process of detection involved and the life of the officers on the show, while also being able to form an inkling of what the future season might hold in store once it airs.