When Will No Time for Shame Season 2 Premiere on Netflix? 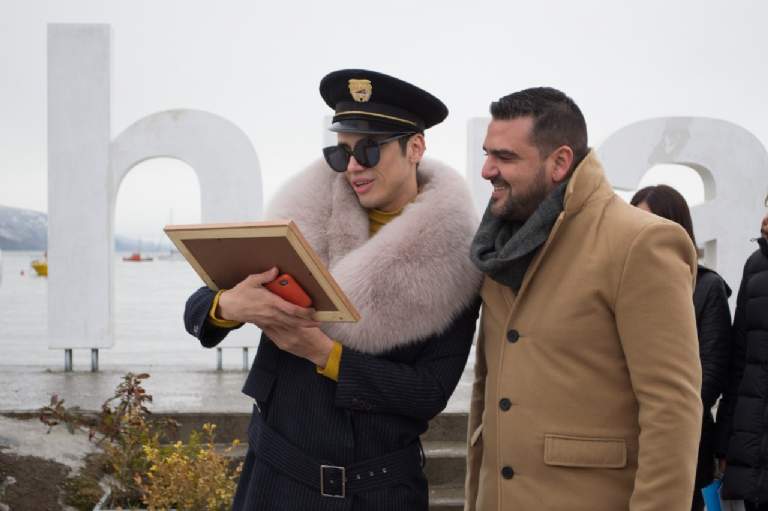 ‘No hay tiempo para la verguenza’ aka ‘No Time for Shame’ is a reality tv series that is yet another title from Netflix’s exhaustive catalog of LGBTQ-focused programming. The fashion documentary follows the life, work, and accomplishments of Argentina-based couture designer Santiago Artemis. Across the episodes, we also witness his interactions with renowned celebs. ‘No Time for Shame’ is produced by Mandarina and it has been filmed in locations such as Buenos Aires, Usuhaia and Rio de Janeiro.

The first season of the show was liked by fashion enthusiasts. Now, the question arises: will there be a ‘No Time for Shame’ season 2? We will delve into that question, but first let’s quickly look into the details of the series.

Who’s the Host of No Time for Shame?

Couture designer Santiago Artemis may be young but in this short span, he has managed to gather tremendous appreciation for his creations. Each of his collections speaks of enthusiasm, noise, and strong messages, which directly relates to the “voice of the millennial generation.” A native of Ushuaia, a city located at the southernmost tip of Argentina, Santiago has already designed ensembles for popstars such as Katy Perry, Lana Del Rey, and Britney Spears, among others.

Le Grande Mensonge, his much talked-about haute couture brand, features his unconventional style and love for luxury that includes furs, bright colors, and shoulder pads. Bringing in a combination of retro and modern elements, Santiago’s creations have made him a famous name in the world of fashion.

Across the episodes, we also meet multiple celebrities who accompany Santiago such as Xuxa, Ángela Torres, Pampita, Oriana Sabatini, Nicole Neumann and Pablo Lescano — as they together participate in costume tests in the designer’s atelier, sketches, trips, and meetings.

What is No Time for Shame About?

In ‘No Time for Shame,’, leading Argentine couture designer, fashionista, and influencer Artemis Santiago gives us a first-hand into glimpse his life and his journey to fame. As the episodes progress, we get a rare insight into his humane side and learn about his upbringing and struggles, right from his childhood days in Ushuaia to his current status.

The series offers a real-time look at the daily grind of the Argentine fashion expert, which includes long and hectic days, packed with costume tests in his atelier, sketches, and trips. To add to the excitement, there are also frequent meetings with many of our favorite celebrities like Angela Torres, Pampita, Xuxa, and Pablo Lescano.

‘No Time for Shame’ is a true tale of someone believing in his dreams and choosing to stick to his ideologies while remaining faithful to his own self and staying firm on his choices. And this is the sole reason why Santiago’s unique collection reflects the authenticity of his fashion and style.

Across the episodes, we witness Santiago donning his appealing creations — ranging from a see-through blouse with a bow to a suit accompanied by an over-sized hat, a pleather beret, a pink-colored furry coat, Gucci sunglasses, a shirt with leopard prints, a gold-sequined jacket curated particularly for winters, white thigh-high boots, an ombre or maybe a faux fur coat, and a Snoopy sweater, among others.

The 20-something, extremely talented designer does not hesitate to incorporate his personal style in his designs and his primary intention is to break down gender barriers, especially in the fashion industry. According to him, “I, personally, don’t believe in gender.” Hence, his creations are inclusive, that’s why they can be donned by anyone and everyone.

However, the reality series has its own share of drama as well. Sometimes, Santiago’s ideologies and beliefs are extremely challenging to be transformed into actual, tangible costumes. And this dilemma often makes him anxious — which is the cause of his multiple tense discussions with his therapist, friends, and colleagues. This whole scenario is depicted in the many behind-the-scenes looks in the series.

A wonderful documentary directed toward the contemporary fashion-obsessive crowd, ‘No Time for Shame’ stands true to its name and is glossy, polished and incredible just like its eccentric lead figure.

No Time for Shame Season 2 Release Date: When will it premiere?

As far as the next season goes, here’s something you should know. Netflix rarely cancels reality shows after just one season. So, there’s a good chance that the show will get another season. If renewed, No Time for Shame’ season 2 can release sometime in November 2020. We will update this section as soon as we hear more.

No Time for Shame Trailer:

You can check out the official trailer for ‘No Time for Shame’ season 1 below. Witness the various fascinating ensembles donned by Santiago Artemis throughout the episodes, and we bet, you will be judging your own fashion choices that you had been making all these years.