When Will Nobody’s Looking Season 2 Premiere on Netflix? 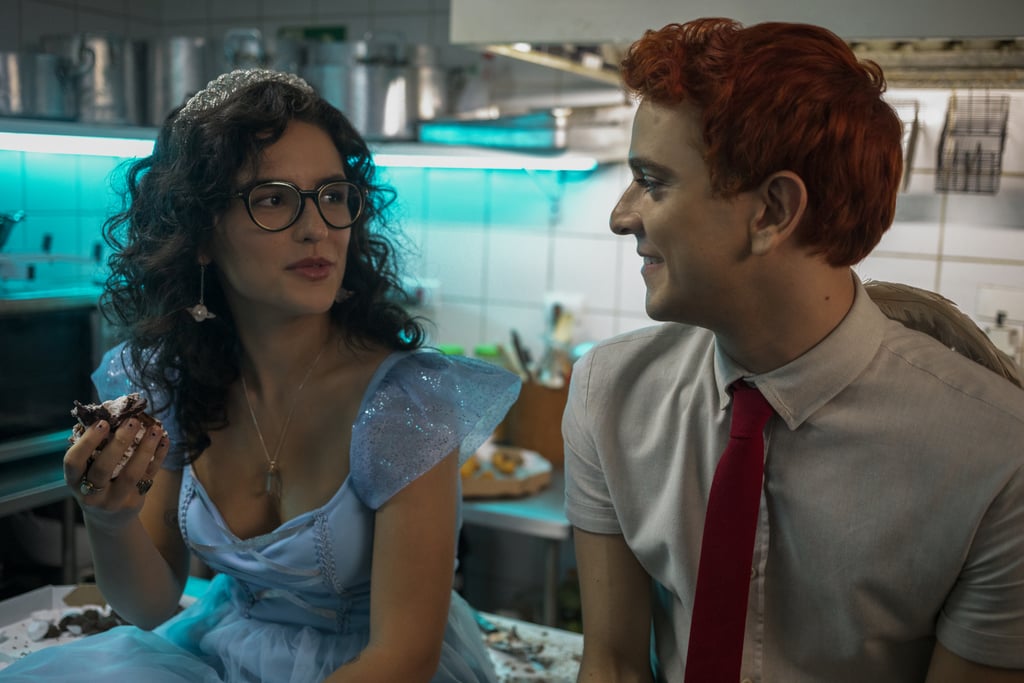 ‘Nobody’s Looking’ aka ‘Ninguém Tá Olhando’, a Brazilian Netflix original, is set in the fictional world of the Angelus, or what we may understand as guardian angels. Developed as a satirical comedy, serving as a mirror for silly societal rules, the series is created and directed by Daniel Rezende (‘Bingo: the King of the Mornings’ and ‘Turma da Mônica – Laços’).

Rezende adds ‘Nobody’s Looking’ to his impressive portfolio of titles, which include the BAFTA award-winning film ‘City of God’, ‘Motorcycle Diaries’, and ‘Elite Squad’. Another acclaimed production from his catalog is ‘The Mechanism‘, also a Netflix original that is based on Brazil’s Lava Jato Operation -– branded as one of the biggest corruption scandals in the nation.

Daniel Rezende shared his enthusiam about the show, saying, “The idea is to subvert pre-established conceptions so that we can reflect on them, once we get over the fit of giggles.” Erik Barmack, vice president of international content at Netflix, also chimed in, saying, “It presents topics that interest our audience not just in Brazil, but across the world, with a critical and good-humoured stance on what it is to be human these days.”

‘Nobody’s Looking’ follows the day-to-day activities in the lives of the Angelus, a community that strictly adheres to four fundamental rules, designed for the protection of humans. However, when a rebellious new recruit joins the crew, how does the order of things change?

Now that the first season is out, you must be wondering will there be a ‘Nobody’s Looking’ season 2? We will delve into that question, but first let’s quickly look into the details of the series.

Nobody’s Looking Cast: Who is in it?

Nobody’s Looking Plot: What is it about?

‘Nobody’s Looking’ introduces us to Uli, the youngest member and the newest recruit in the 5511th District. He is a novice Angelus who needs to learn the rules of the system and hone his skills while seeking the guidance of veterans Greta and Chun. The whole team functions under the strict scrutiny of Inspector Fred.

This re-invented community has adapted itself to the contemporary era while following a corporate structure and asking its employees to wear formals. Each being has a pair of discreet little wings and they go about their work of protecting humans in the mortal world.

As an excited Uli sets off on a journey to learn everything about the Angelus System, he faces multiple challenges because of his rebellious attitude. He finds himself unable to stick to so many rules, especially when the said regulations have no logic. For instance, if the angels are invisible to humans in the first place, why do they need to wear ties?

As a result, Uli decides to break the norms and help humans on his own. He ends up helping the captivating Miriam, the veterinarian named Sandro, and a heartbroken man, Richard. When within a couple of hours, this new entrant breaks all the rules, he does not receive any punishment! This raises a very important question. Is their boss really watching them at all?

Along the way, Uli makes many surprising discoveries about humanity, how the world runs, and what life actually means. As the episodes progress, we witness the series dissecting multiple complex issues in its very own, unusual and humorous way. Adding hints of dark humor and satire to complex issues, ‘Nobody’s Looking’ explains the difference between notions of “truth” and “right”.

Nobody’s Looking Season 2 Release Date: When will it premiere?

‘Nobody’s Looking’ season 1 premiered on November 22, 2019 on Netflix. All of the eight episodes of the series landed on the same date on the platform. The show yet another Brazilian original that joins the exhaustive list of foreign programming titles on Netflix. Other Brazilian shows include ‘3%‘, ‘O Mecanismo’, ‘Super Drags‘, ‘Coisa Mais Linda’, ‘The Chosen One’, ‘Invisible Cities’, ‘Brotherhood’, and ‘Sintonia’, among others.

As far as the next season goes, it doesn’t look like Netflix or Rezende is going to stop at just one season. We are sure there several more to come. If renewed, you can expect ‘Nobody’s Looking’ season 2 to release sometime in November 2020. We will update this section as soon as we hear more.

You can watch the official trailer for ‘Nobody’s Looking’ season 1 right here: