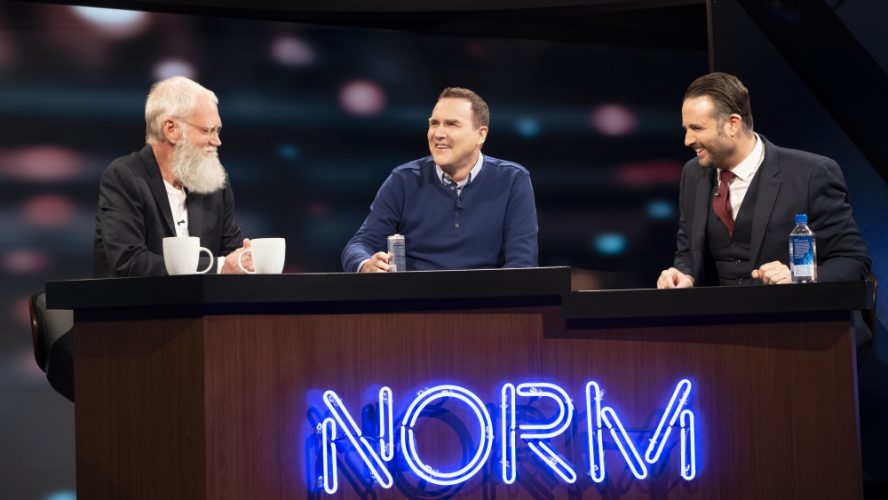 Talk shows have been talk of the town for quite some time now. Talk shows began to get popular when Oprah Winfrey started it. They died down for a little while but were again resurrected with the help of Ellen DeGeneres. Talk shows have gained huge popularity now, and people all over the world are engaged to them. Some of the most popular talk shows on the air right now are the CBS affiliates, Kelly and Michael, and the Tonight Show.

One such talk show that has received a mixed response from the audience is Norm Macdonald Has a Show. The host is Norm Macdonald who sits with co-host Adam Eget. The hosts take on various celebrity guests and involve them in conversation about their lives and career. The producer known as Daniel Kellison feels that the show might not have gained much popularity due to the fact that it is loved by a select set of audience. Some experts who have reviewed the show say that the interviews with the celebrity guests on Norm Macdonald Has a Show are not relevant and often off-putting and weird. In comparison, others say that Norm has managed a successful show with his signature spikes.

Norm Macdonald Has a Show Season 2 Cast: Who is in it?

Since this a talk show, it is obvious that the host will remain permanent and the only changes will come in terms of the celebrities that are invited on the show. Coming to the people off-screen, season 2 will again be produced by the same producer who managed to pull off the first ten episodes successfully.  The name is none other than Daniel Kellison. One interesting fact is that the host of the show is also the co-producer of the show who is Norm Macdonald. There are rumours that the series editor and the series production crew might be replaced, but there is no official confirmation.

In any case, we can predict the main cast for the next season of the show with some conviction. The permanent cast would involve Adam Eget, and Norm Macdonald and the crew will be Daniel Kellison, Lori Jo Hoekstra, and KP Anderson. The previous season had celebrity guests DavidLetterman, Michael Keaton, Drew Barrymore, Jane Florida, David Spade, Lorne Michaels and so on.

Norm Macdonald Has a Show Season 2 Plot: What it is about?

Norm Macdonald Has a Show is an American talk show that premiered on September 14, 2018, on Netflix. In the month of March 2018, Netflix released a statement that it had given approval to Normal Macdonald to release their talk show of 10 episodes on the channel. The show features Normal Macdonald as the main host and Adam Eget would play as a sidekick.

In simple terms, Norman Macdonald can be streamed on Netflix and in its first season, it featured actors, comedians and other members from the entertainment industry. Some episodes of the show were high on TRP since they had all elements to be successful while some lacked little flavour and fun. Among the most appreciated episodes were those of David Spade’s and Drew Barrymore’s.

This episode which featured David spade was one of the most watched episodes on Netflix owing to its hilarity and that fact that David spade spoke his heart out during the show. The episode was filled with fun and laughter.

These episodes made people nostalgic as Norman brought back the same flavour and charisma as he did on Normal Macdonald Live. Drew Barrymore looked stunning in her episode, and all her answers during the show were frank and truthful. People loved Drew Barrymore for her carefree attitude and Normal for his charisma.

Norm was all praise of Michael Keaton and expressed awe for the comedian. He said, “He was one of my favourite comedians,” Macdonald said. “But what I realized when I interviewed him is no one knew he was a comedian. No one on the show. They go, ‘He’s a comedian?’ Yes, he was a great comedian. I remember all his jokes, I told him his jokes, and he was kind of tickled that I remembered his jokes. He was so funny, the interview is so hilarious with Michael.”

The rest of the episodes featuring Chevy Chase, Judge Judy, David Letterman, Billy Joe Shaver, and M Night Shyamalan were no less wonderful, but the above two episodes have been reviewed by the community of IMDB, Quora, and rotten tomatoes as the best.

Norm Macdonald Has a Show Season 2 Release Date: When will it premiere?

After receiving mixed responses from the audience, Netflix is yet to give the go-ahead to releasing season 2 for the show.  Norm Macdonald was seen pushing for the series back in November 2018. His Twitter account read, “It’s time to push for the show. A letter to Ted Sarandos is great. But watch the shows. Watch over and over and over. Let’s do it!!!!!!!! We can do it. Tell me when you rewatch.” The show might release late in November 2019 once it is renewed. Stay tuned for air dates for a tentative season 2.

Once the second season is confirmed, it will only be a matter of before the trailer releases. We are certain season 2 will also have great guests who will make your TV experience wonderful. For now, you can enjoy the trailer of the previous season above.